Exhibition: Martin Luther as a media expert | Germany| News and in-depth reporting from Berlin and beyond | DW | 28.04.2015

Was the reformer Martin Luther a new media pioneer? The exhibition "On the 8th day God created the Cloud" at the Gutenberg Museum in Mainz gives a modern twist to the relation between book printing and Reformation. 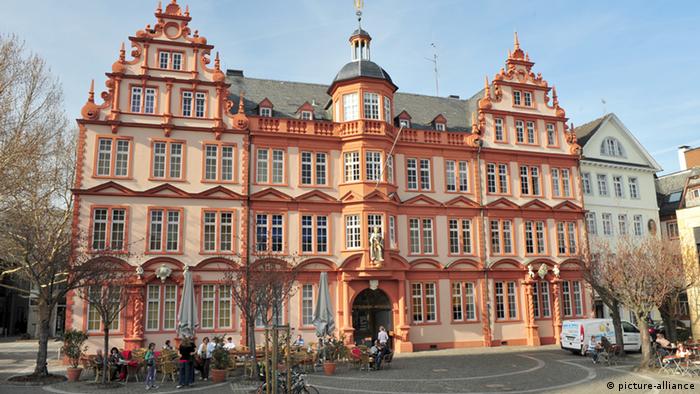 Historians agree: Without the invention of mechanical movable type printing by Johannes Gutenberg, the Reformation initiated by Martin Luther (1483-1546) would not have spread as quickly as it did.

The exhibition "On the 8th day God created the Cloud - The Reformation as a media event in text and image" which opened on Monday (27.04.2015) chose a modern approach to depict this 500-year old media phenomenon.

The exhibition shows visitors how gifted Luther and his colleagues were in the new media world of the Middle Ages. According to the exhibition organizers, they were just as comfortable with the modern technology of their time as a 9-year-old child now is with a smartphone. 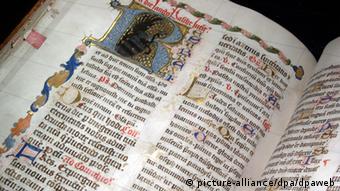 Bible from the 15th century

Parallels between the new media technologies of Luther's time and today's are formulated as "cloud ideas." They clearly demonstrate how different media forms influenced and supported each other, leading to the Reformation. By making knowledge and information available to the population, everyone had the possibility to actively participate in developing the network.

One essential part of the communication strategy developed by the Reformers was the Luther Bible - a true bestseller at the time. The exhibition presents the Bible in a digital form, allowing the visitors to browse through it and check out its great variety of illustrations.

Three other thematic exhibition rooms further delve into the imagery found in the Luther Bible. They analyze the different levels of influence of these images. Topics such as "Nudity and fashion," "Friend and foe" and " Angels and devils" raise questions which are still relevant today.

An educational program for all age groups has also been developed to accompany the exhibition, which will be held until Februar 2016.

The year 2015 will see three major exhibitions in Thüringen dedicated to the Renaissance painter Lucas Cranach. The first, "Picture and Message: Cranach in the Service of Court and Reformation," opens this weekend. (26.03.2015)

Smartphones in the Church

The Evangelical Church in Germany (EKD) has launched a "Church App", aiming to guide tourists through their houses of worship in a practical and contemporary fashion. (23.01.2015)

Martin Luther ignited the Reformation of the Church and impacted the German language. Now, Germany's Protestant Church plans to revise the Luther Bible, making it even closer to the reformer's original translation. (06.01.2015)