Donald Trump's provocative tweets create problems for US diplomats and are harmful to American soft power, Harvard political scientist Joseph Nye tells DW. He also has some advice for US allies on how to deal with Trump. 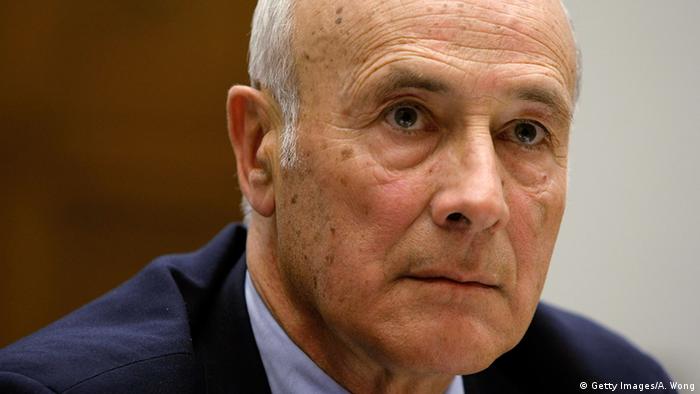 DW: In our last interview before the election this past summer you said that Donald Trump has no foreign policy, he has attitudes. Has what you have seen and heard since then from President-elect Trump changed that assessment?

Joseph Nye: Only somewhat. He has now been asked questions and had to answer some. He also made some nominations for appointments, which can give you some more specificity. But, by and large, many of his policies are still very vague. For example on climate change: In the election campaign he was a skeptic, but in an answer in a "New York Times" interview after the election he said maybe there is something in it, and yet he has appointed to the EPA [Environmental Protection Agency] a person who is a skeptic. So it is hard to know whether that attitude has changed into a policy.

We have to wait and see how the appointment works out and how the EPA will interact for example with the State Department, where the nominee Rex Tillerson worked for an oil company as the CEO of ExxonMobil, but said there was something to the human role in climate change. So that is just an example of an area where we know Trump's attitude and there has been a little bit more specificity as a result of answers to questions and appointments and nominations. But we still don't know what the policy will be. And that is true of a lot of areas.

If one would try to translate Donald Trump's remarks and his cabinet selections into a very basic geopolitical outlook what emerges is that he essentially wants to be friends with Russia and be tougher on China. Do you agree with that assessment and if so is that necessarily wrong?

He has indeed expressed attitudes along those lines of having better relations with Russia and being tougher on China. Again a lot will depend on what that means. If, for example, better relations with Russia means that he maintains the sanctions because of Russia's invasion of Ukraine but tries to work in a business-like manner with Russia on, let's say, the Middle East or proliferation issues, than that's healthy. If on the other hand he gives up the common Western position on Ukraine, I think that's unhealthy.

Regarding China: If being tougher on China means that he will press on some trade issues or reciprocity in the way American companies are treated in China compared to how Chinese companies are treated in the US, that can be healthy. If on the other hand he tries to impose large tariffs on China - which he suggested during the campaign - that could lead to a trade war, which would have a tit-for-tat effect. Both sides would be worse off.

You also said in our earlier interview that the political discourse in the US last year during the election could hurt the attractiveness of the country internationally. How would you describe the effect the election of Donald Trump, and what has happened since, has had so far on America's global image and credibility?

I still believe that the US has lost soft power as a result of the campaign and the quality of the discourse in politics. And I think that continues when you look at the way Trump has continued to use Twitter for provocative statements designed to manipulate the press. Many of these don't create attraction or admiration for the US. On the other hand the fact remains that despite the political differences, which are quite considerable, the US is a stable society which has a transition of power by ballots not bullets. I think that has some effect of enhancing American attractiveness. But, by and large, I think the poor quality of the discourse has probably hurt American soft power.

It is clearly not what was considered presidential behavior in the past. It's true that presidents like Obama have used Twitter, but they really have been staff-led expositions of policy positions. Trump manages part of his Twitter account by himself, and it often leads to angry and provocative statements which are designed to appeal to the public over the heads of the press, and thereby manipulating the press. So it's a different use of social media, and particularly Twitter, than we have seen in the past, and it looks like it will continue into his presidency.

Do you think this is, or should be, sustainable as he becomes President Trump?

US President-Elect Trump faces the press

Some people have expressed concerns that his tendency to tweet often and quick could perhaps lead to international conflicts or crises. What's your view?

I think it will make some things more difficult to manage, because it is very hard to express nuclear policy in 140 characters. On the other hand, while it will create difficulties of interpretation for the State Department and for foreign ministries, I don't think it will necessarily lead to crises per se.

Finally, many traditional partners of the United States in Europe, like Germany, are deeply worried about the new Trump administration and somewhat puzzled about how to deal with it. What would your advice be?

I think patience as we try to understand a new phenomenon. For NATO partners and for Japan I would notice the administration in waiting, the Trump nominees and appointees, have been trying to express to allies the fact that the rhetoric in the campaign about withdrawing from alliances is not likely; and also that the maintenance of the systems of international alliances that has been central to the international order since 1945 is likely to continue.

But what will it really means in practice and detail? The answer is: We don't know. And at that point I think the key is not to overreact, to use a certain amount of patience and to respond on particular interests, if it is clear what those interests are.

Joseph Nye is a professor at and former dean of Harvard University's John F. Kennedy School of Government. He is considered one of the most influential scholars in international relations and US foreign policy and coined the term soft power.

The director of the CIA says Donald Trump should tweet less and focus on his new job more. Later on the same TV program, the incoming US vice president sought to reassure Americans concerned by Trump's ties to Russia. (15.01.2017)

US lawmakers accused Donald Trump of inciting a mob to attack the US Capitol in a last-ditch effort to remain in power. The January 6 committee said Trump aides knew he would call for a march on the Capitol.