More and more Western firms are relying on the vast Chinese market for their sales and profits. But doing business in China means toeing the Communist Party's line and any criticism can cost them business. 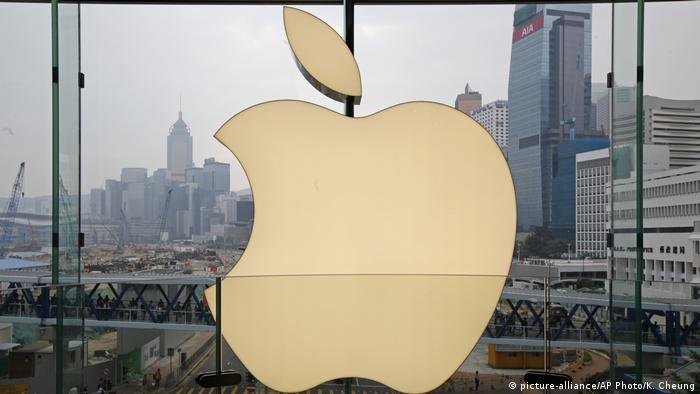 US tech giant Apple Inc was this week forced to remove an app that helped anti-government protesters in Hong Kong track police movements, following sharp criticism from a Chinese state newspaper. China's People's Daily on Tuesday called the tracking app "poisonous" and decried what it said was Apple's complicity in helping the protesters.

Apple's move in response to the commentary has alienated some Hong Kongers and angered democracy activists worldwide. But the company's CEO Tim Cook defended the decision in the face of criticism for appeasing Beijing.

The Chinese market is estimated to be worth over $4 billion (€3.6 billion) for the NBA.

The cases highlight the growing dilemma facing Western businesses operating in China. Over the past three decades, China has emerged as a key market for these companies, which increasingly rely on the Asian nation's gigantic market for their sales and profits.

Apple, for instance, has a huge following in China, which has emerged as the firm's third-biggest market behind the US and Europe, accounting for 20% of its sales during its past fiscal year. The company also relies on Chinese factories to manufacture iPhones, which generate most of its profits.

The automotive sector is also a case in point. A number of auto multinationals — from German giant Volkswagen (VW) to US firm General Motors (GM) — have come to depend on China to boost their global sales. VW, for instance, sells around 40% of its cars to customers in China, and the Asian country is the biggest market for GM.

When it comes to luxury goods, Chinese consumers bought 32% of all luxury goods sold worldwide in 2018, according to the Boston Consulting Group. The figure is expected to grow to 40% by 2024. The growing reliance means China is an indispensable market for many of these companies. 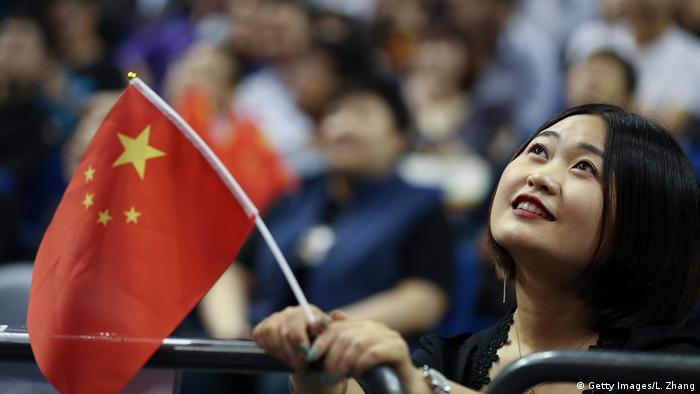 The Chinese market is estimated to be worth over $4 billion (€3.6 billion) for the NBA

But foreign firms operating in China face a challenging dilemma: to continue to do business in the country, they will have to remain in the ruling Communist Party's good books. Any criticism of the Chinese government or the party's policies would endanger their business in the world's second-largest economy.

"I think a lot of companies are plain afraid of speaking up, because they know any criticism of the party line can cost them business in China. We see that in the case of the NBA and Apple already," Bernhard Bartsch, senior Asia expert at the German foundation Bertelsmann Stiftung, told DW.

Observers point to numerous instances where the Chinese government hasn't hesitated to punish foreign firms in order to make them toe the Communist Party's political line. And the pressure has reaped dividends, with businesses modifying their corporate policies to gain Beijing's approval.

Under pressure from Beijing, for example, a growing number of companies and international airlines have edited their websites to refer to the self-ruling democratic island of Taiwan as "Taiwan, China" or "Chinese Taipei."

Hotel chain Marriott's website in China was also shut down by the authorities for a week in 2018 after a customer questionnaire listed Taiwan, Tibet and Hong Kong as separate countries, prompting the hotel chain to apologize and change the wording.

American apparel maker Nike recently had to withdraw a product from its Chinese stores, after the Japan-based studio that designed it posted a picture on its Instagram account in support of the Hong Kong protests. "Doing business in China means doing business in a country where the economy is very political and where the Communist Party is fighting a very fierce battle over public sentiment and public discourse," said Bartsch.

For now, corporate success appears to remain the primary objective for many foreign companies operating in China. "If they think they are going to have the largest market in China, I don't see them standing on a moral principle and forsaking a business opportunity," Steve Tsang, director of the SOAS China Institute at the University of London, told DW in August.

Although criticism abounds about the companies focusing on their bottom line, some observers say businesses owe a responsibility to their shareholders, and not to political agendas.

If a company like Apple refuses to abide by Beijing's demands and loses access to the market, it would be a reduction of about 20% of its sales and a significant share of its profits, which, in turn, could lead to a number of job losses.

The digital revolution and artificial intelligence are revolutionizing not only the economy — but also societies. Not all political systems can deal with this equally well, writes Alexander Görlach. (18.09.2019)