Current talks represent the best chance in years for the West and Iran to reach an agreement on Tehran's nuclear program. But political hurdles at home remain for all the parties at the negotiating table. 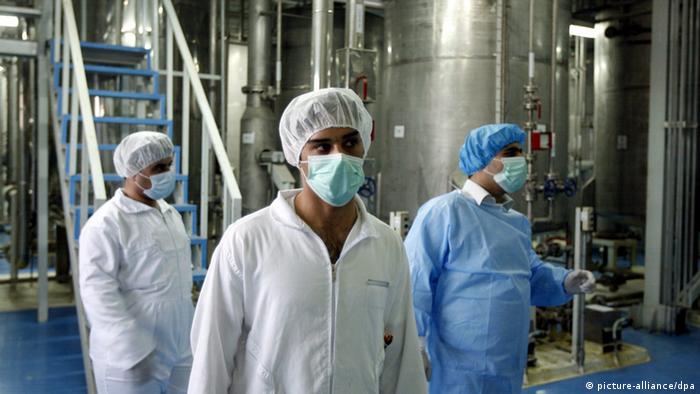 "Over the last 10 years, signs of a rapprochement have not been better," said Ali Fathollah-Nejad of the School of Oriental and African Studies in London. Ahead of talks between Iran and the so-called 5+1, the veto-wielding nations of the UN Security Council plus Germany, Tehran sent positive signals to the international community. It showed that Iranian President Hassan Rouhani wanted a solution to the issue as quickly as possible.

"There has also been a shift in thinking on the Western side," Fathollah-Nejad told DW. "It's ready to recognize Iran's right to a nuclear program."

While Iran sees enriching uranium on its own as a key step towards energy independence, the West sees it as an indicator that the nuclear program does not serve purely civilian purposes.

The right to use nuclear power for civilian purposes and the lifting of sanctions against Iran were the two demands formulated by Tehran ahead of the talks in Geneva. In exchange, Iran could offer transparency and trust-building measures as a form of guarantee that its nuclear program is not being used for military purposes. A suggestion along these lines was made by Hossein Mousavian, former head of the Iranian nuclear negotiation delegation, in an article in the German daily "Frankfurter Allgemeine Zeitung."

From the Western point of view, it is time for Iran to make its next move. The talks in Geneva represent the first test of whether action will follow the positive signals from Tehran in recent weeks. Iranian Foreign Minister Mohammad Javad Zarif presented a three-point plan to settle the dispute. Parties to the negotiations did not comment in detail on Zarif's plan. Observers in Iran have said Tehran appears to be working toward an agreement within one year with the first stage, likely to include lifting at least some sanctions, to occur within two months. 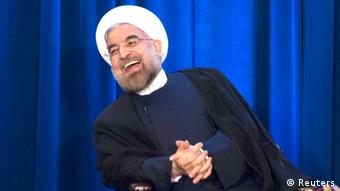 Pressure to find a quick solution to the Iranian nuclear issue, which has been controversial for years, could come from domestic concerns in Iran. Supreme Leader Ayatollah Ali Khamenei is said to have called for the lifting of sanctions within six months.

"When the results of negotiations are presented, Rouhani will have to show some kind of success," Steffen Meier of the German Institute for International Security Affairs told DW. "That is going to be a difficult balancing act."

"I think the deciding factor will be the offers the West makes now - and sanctions will certainly play a role," said Jens Peter Steffen of International Physicians for the Prevention of Nuclear War.

What will the West offer?

The West should offer to ease sanctions as a means of supporting Rouhani, Fathollah-Nejad said. But such a stance could be difficult for the West for two reasons.

First, US President Barack Obama would need the support of the Republican-led House of Representatives to lift economic sanctions against Iran. "[The Republicans] do not necessarily share Obama's position that the negotiating process can be supported by easing sanctions," Meier said.

Second, China and Russia, both of which hold veto power at the UN Security Council, benefit from the sanctions and may not see an interest in quickly lifting them, Fathollah-Nejad said. 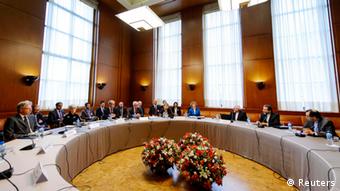 As Iran's second-largest trading partner, thanks in part to sanctions preventing other nations from trading with Tehran. For its part, Russia fears that if sanctions were lifted, Iran could become an energy supplier to the lucrative European gas and oil markets Moscow currently claims as its own. But getting Iranian gas and oil to Europe would be a difficult undertaking, according to Fathollah-Nejad. "Iranian oil production is throttled mainly because of a lack in major investments," he said. "The West's involvement in increasing oil production would be absolutely necessary."

A web of sanctions

Before the West can invest in Iran, however, the economic - as well as banking and financial - sanctions would have to be lifted. It is, however, not possible to lift sanctions virtually overnight.

"We have an interwoven regime of sanctions that includes many different types of sanctions put in place by the United States as well as the European Union and the UN Security Council," said Meier. "In this meshwork, taking steps that will have an effect on the Iranian economy is more difficult than one would think."

On the other hand, any gradual easing of sanctions in return for Iranian cooperation, for, say, just the oil industry, or for the trading of precious metals, would have limited immediate effect on the creaking Iranian economy.

The Arab Spring is causing tensions in one of the Middle East's most enduring alliances - between the United States and Saudi Arabia. And the cracks are beginning to show over Syria, Egypt and Iran. (15.10.2013)

Israel considers itself a part of the "West." But unlike its allies, it physically borders the countries making headlines in the Middle East. And that, political analysts believe, is dividing it from the US and Europe. (05.10.2013)

Israel and the US disagree over approach to Iran

Did the US win a breakthrough in talks with Iran on the country's controversial nuclear program? US President Barack Obama and Israeli Prime Minister Benjamin Netanyahu disagree over what to do next. (01.10.2013)

Talks in Geneva could signal 'breakthrough'