Tensions rise as Saudis fear US ′going soft′ | World| Breaking news and perspectives from around the globe | DW | 15.10.2013

The Arab Spring is causing tensions in one of the Middle East's most enduring alliances - between the United States and Saudi Arabia. And the cracks are beginning to show over Syria, Egypt and Iran. 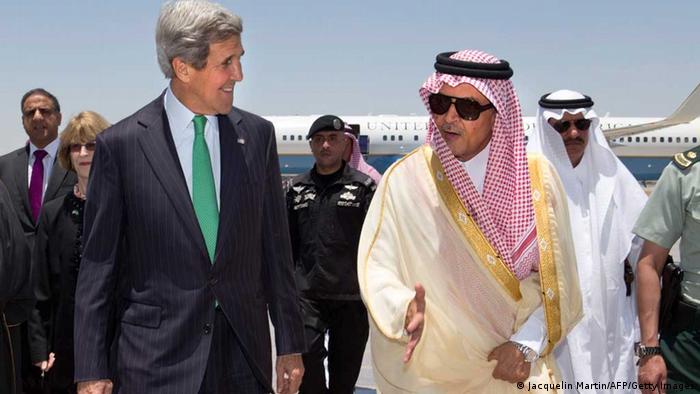 It's not often that not making a speech is taken as an affront. But when Prince Saud al-Faisal, the Saudi Arabian foreign minister, did not make his annual address to the United Nations General Assembly recently, it was seen as a diplomatic slight, aimed not only at the UN Security Council's failure to take action over Syria, but also at one of Saudi Arabia's oldest allies: the United States.

This is part of a subtle but fundamental shift in the complex power balances in the Middle East. Recent developments have shown that the Arab Spring has put unfamiliar pressures on the relationship the US and Saudi Arabia.

The horrific, drawn-out conflict in Syria is the immediate point of contention. "There's a real divergence of interests," said Julien Barnes-Dacey, senior Middle East policy fellow at the European Council on Foreign Relations. "It's increasingly being seen both in the US and Europe that Saudi ambitions in the region don't match Western ambitions. The Saudis are seen to an extent as a destabilizing influence." 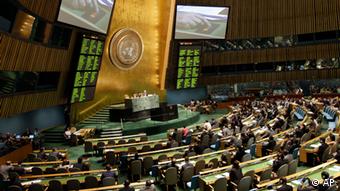 Meanwhile, the Saudi are increasingly coming to believe that the US is going soft and not doing enough to help the Arab world. Stoking Saudi suspicion is the recent charm offensive undertaken by the new Iranian President Hassan Rouhani, who began making conciliatory gestures to the US over Iran's nuclear program at the United Nations last month, culminating in this Tuesday's nuclear talks between Iran and the six world powers in Geneva.

With Saudi Arabia backing the rebels in Syria, and Iran helping to prop up Bashar al-Assad's dictatorship, the longstanding rivalry between the regional powers has found a violent flashpoint. The Saudi kingdom was therefore dismayed to see the US welcoming - albeit cautiously - the new moderate tone coming from Tehran.

"The Saudis' worst nightmare would be the administration striking a grand bargain with Iran," former US ambassador to Saudi Arabia Robert Jordan told Reuters. Such a deal could, for example, see Washington willing to tolerate Iran's influence in Syria in exchange for inspections of Iran's nuclear facilities. 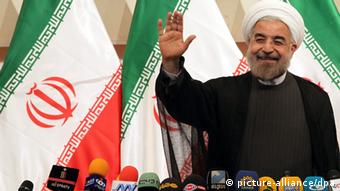 "If the Saudis perceive Iranian influence in the region to be threatening, clearly any approach that suggests a US-Iranian rapprochement would be very worrying," Barnes-Dacey told DW. "The Saudis are intent on pushing back against groups linked to Iran, whether that be Assad or Hezbollah, but it also means pushing back against groups like the Muslim Brotherhood, who subscribe to a political ideology that the Saudis see as a threat internally."

But other analysts point out that the US approach may be the only way to resolve the Syrian crisis. "If the US wants to resolve the chaos in Syria, there is no way around the involvement of Iran," said Marc Pierini, former EU ambassador to Syria and scholar at Carnegie Europe. "The nuclear issue is also a further reason to engage. Everything else has to be seen in that context - not that anyone should trust Iran blindly, but Tehran is an essential component."

Effectively, says Pierini, the gravity of the Syrian conflict - with Assad apparently using chemical weapons against his own people - has sidelined the interests of Saudi Arabia. At the same time, the US is being forced into a more diplomatic approach over Syria by strong public opposition to any kind of military intervention. "The US is not about to go to war in the Arab world again - that's also a consequence of Iraq and Afghanistan," he told DW. "If there's a chance to re-engage Iran, this chance is being seized. Of course it's fraught with difficulties and traps."

Meanwhile, the Saudis have shown that they are willing to defy Washington if they see their interests threatened. As soon as influential voices in Washington called for the US to cut aid to Egypt after the ouster of Muslim Brotherhood-backed President Mohammed Morsi, Riyadh offered to make up for the lost funds. Now US aid has indeed been partially cut, but already since July Saudi Arabia has given Egypt $5 billion (3.7 billion euros) - three times as much as Washington's annual contribution. 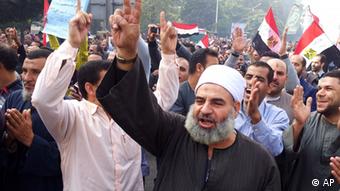 That is mainly because Saudi Arabia harbors an ongoing fear that the Muslim Brotherhood is extending its influence across Middle East, and so wants to strengthen the Egyptian military against. "The Saudis don't want to see a revival of a string of Brotherhood organizations in places like Egypt, Syria, and beyond, who could then empower similar ideological groups in Saudi Arabia," said Barnes-Dacey.

Though the Saudi money undermines the US position in Egypt, any talk of an actual falling-out between the two powers is premature. "Yes, there are tensions that are not going to go away quickly, and clearly the two sides are pushing very different agendas right across the region," said Barnes-Dacey. "That being said, one can't dismiss the depth of the historical alliance between the Saudis and the Americans. What perhaps we might see is an increasing willingness of the Saudis to take a more independent line, whereas previously they would've been more willing to defer to the US."

Pierini agreed. "I wouldn't jump to conclusions like this now," he said. "It seems that simply the Arab Spring's unpredictable consequences have created varying perceptions in Riyadh and Washington on a number of subjects. But I wouldn't see an end to the privileged relationship. These are adjustments to momentous changes in the region."

Israel considers itself a part of the "West." But unlike its allies, it physically borders the countries making headlines in the Middle East. And that, political analysts believe, is dividing it from the US and Europe. (05.10.2013)

Agreeing to a UN resolution to destroy Syria's chemical weapons is an important step forward for UN diplomacy. However, it also reflects an overall lack of assertiveness on the West's behalf, says DW's Loay Mudhoon. (28.09.2013)