Vladimir Putin′s infamous history in Hamburg | World | Breaking news and perspectives from around the globe | DW | 03.07.2017

Vladimir Putin has a special relationship with Hamburg. He visited the city several times when he was still largely unknown internationally, even once causing a stir at the city hall. Now he's back for the G20 summit. 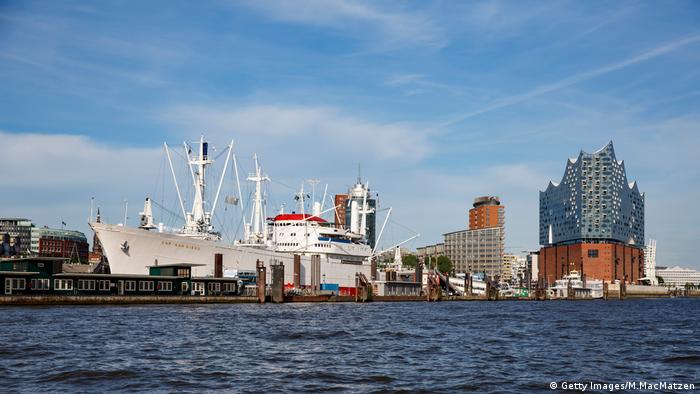 Wolfgang Rosenbauer stands on the roof terrace of Philips Medical Systems and looks at aircraft on the horizon. His former employer's headquarters in the north of Hamburg is close to the airport. "They will all land here," he says, referring to the G20 leaders who are attending the Hamburg summit on July 7 and 8. Russian President Vladimir Putin is slated to be there as well. Rosenbauer received him in a building next door 25 years ago.

In the early 1990s, Rosenbauer was vice-president for Eastern Europe at Philips medicine. The Dutch company started a major project in Russia aimed at establishing a medical equipment industry there. But there were difficulties. A factory near St. Petersburg, which was supposed to produce radiation cannons for the fight against cancer, lacked money and material. Rosenbauer sought contact with Putin, at that time deputy mayor of St. Petersburg and head of external relations.

Since Hamburg and St. Petersburg are partner cities, Putin traveled more than a dozen times to "the most beautiful city in Germany," as he called the metropolis on the Elbe river. During a visit around 1992, Rosenbauer invited Putin to dinner at a traditional steak restaurant. The guest from St. Petersburg had "pretended to understand no German at all" and had the conversation translated by an employee. Yet in the 1980s, Putin was an officer of the Soviet KGB in another city on the Elbe, Dresden, and spoke fluent German. "At the end, he looked at me and said: 'Great, give me the papers.' In German," Rosenbauer says. 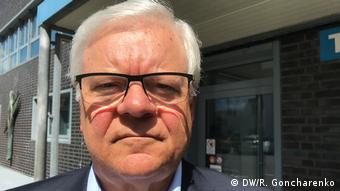 Rosenbauer met with Putin several times in Hamburg during the 1990s

Putin had a "natural mistrust" and a "KGB imprint," as Rosenbauer puts it. "His behavior was extremely controlled, he himself said nothing, he asked," Rosenbauer remembers. This "focus" impressed the German executive. He says he was aware of Putin's KGB past and was "not at all disturbed" by it.

A reliable and difficult partner

Did Putin help the project in the end? "It ended up being unnecessary, because it started moving," says Rosenbauer. "There was a message from Moscow: It works now, do nothing more."

Rosenbauer went on to meet Putin several times at various places around Hamburg, including in the city hall: "He could have been flying, he was racing so fast across the aisles." Now working as a business advisor, Rosenbauer says that "If the city of Hamburg wanted something, it did everything through Putin and then it worked."

"We could rely on his word, which at that time was not a matter of course," says one Hamburg official who met Putin several times, but added the Russian was also "a difficult partner."

Hamburg had a rather unique Putin experience that continues to surprise today. Since 1356, a banquet called the Matthiae-Mahl is celebrated in the former Hanseatic city. Hundreds of prominent guests from political, business and cultural spheres meet in the historic city hall to dine.

"This is a very old institution, very measured, very distinguished," Rosenbauer explains. "At the event, fine silver from the Hamburg city treasury is brought out on the tables, the people are sitting there in tailcoats and in white-tie finery. One has very high-ranking small talk." 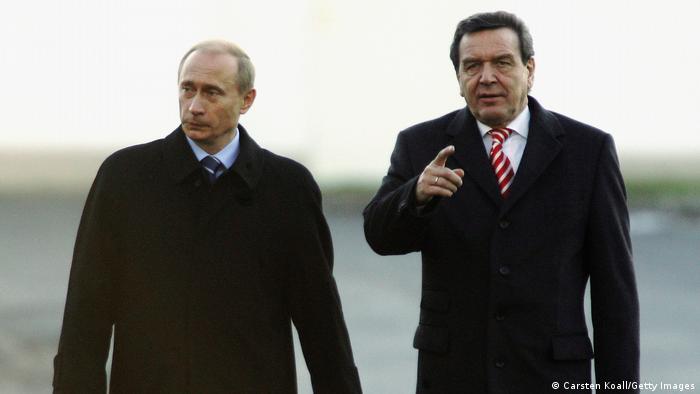 On February 25, 1994, Putin was also in attendance. One distinguished guest, then-President of Estonia Lennart Meri, gave a speech. Putin did something that has never happened at this ceremony: he got up and left. "With his legs straight [ed.: in a marching stance], throwing a contemptuous glance at the host, he left the hall, every step accompanied by the creaking of the parquet," according to a correspondent for the German magazine Zeit. "His exit was followed by whispers. Who is he? What's his problem?"

What exactly did Meri say that so annoyed Putin? The speech reads like a prophecy of what happened 20 years later in Crimea. And Putin's reaction shows that he sent a clear signal to the West.

The Estonian president referred to a paper from the foreign ministry in Moscow: "It notes that the problem of ethnic Russian groups in countries neighboring Russia cannot be solved by diplomatic means alone." Other means were conceivable for Moscow, Meri concluded. He warned against Russia's "neo-imperialist policy" and appealed to integrate Eastern European countries, including Ukraine, into the "democratic world."

No honors for Putin

Ten years later, Putin sparked another scandal in Hamburg. His presidential visit was planned for September 2004. At the time, Gerhard Schröder was chancellor - and Putin's friend. On the occasion of the visit, the University of Hamburg intended to award Putin an honorary doctorate. 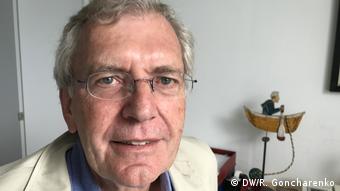 Von Lüde objected to Putin receiving an honorary doctorate in 2004

But there was resistance. Rolf von Lüde was one of about 60 professors who signed a petition against the award. "The essential aspects of this petition were that under Putin's responsibility a second war was launched in Chechnya," says the professor emeritus. They also pointed to authoritarian rule, as well as pressure put on the media, nongovernmental organizations and opposition politicians. "What we complained at that time can be observed daily in Russia today - and Putin is responsible," says von Lüde.

The university canceled the award on short notice, citing scheduling conflicts. For his part, Putin canceled his trip, citing the terrorist attack at a school in Beslan, where hundreds died. The visit finally occurred the following December.