Peru is the latest South American country to tighten its border policy for Venezuelans as a migration crisis continues. Migrants desperately tried to cross the border before the deadline. 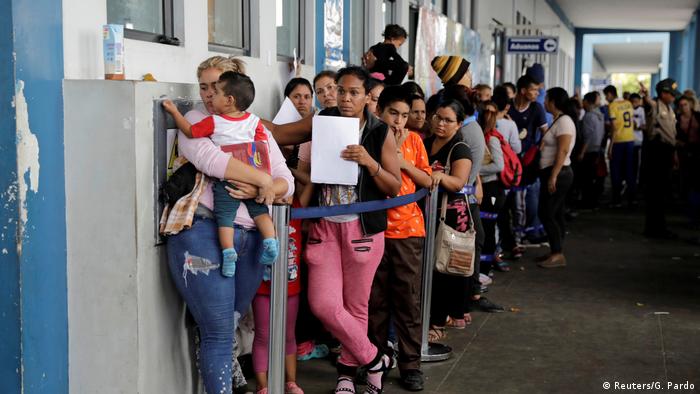 On Friday night, thousands of Venezuelans rushed to the border with Peru hoping to enter the country before tighter immigration laws came into force at midnight. On Saturday, Peru began to require passports and visas from Venezuelan migrants, a requirement many of them cannot meet.

Peru has become a haven for Venezuelans fleeing a political crisis, and a collapsing economy with food and medical shortages. The instability has triggered a migration crisis in South America, with Venezuela's neighbors bearing the burden.

Migrants from Caracas and elsewhere in Venezuela have to pass through Colombia and Ecuador before reaching the border town of Tumbes in northern Peru, a distance of 3,000 kilometers (1,864 miles). Some of them have walked the whole way.

Before the new visa requirements were put in place on Saturday, Peru had only required a national ID card for entry. As Peru is a developing nation, it has struggled to accommodate the massive surge of immigration from Venezuela. 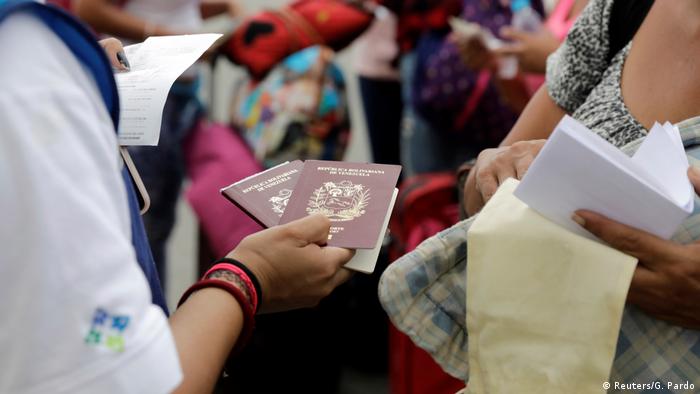 Five thousand Venezuelans at the border

A UN human rights official told the Associated Press Friday that 5,400 Venezuelans entered Peru on Thursday alone at the Tumbes border crossing — almost three times the daily average. On Friday, long lines formed at the border as migrants waited for immigration officials to check their IDs.

Peru's president, Martin Vizcarra, told reporters on Friday that tightening entry requirements was justified. "Our country has opened its arms to more than 800,000 Venezuelans. I think it's completely logical and justified to ask them to bring visas to ensure better control of who enters," he said.

Peru's government said it would now require migrants to secure a visa from consulates in Venezuela before going to the border.

Since 2018, Venezuela's economic collapse under President Nicolas Maduro has caused the largest migration crisis in Latin American history. According to the UN, 4 million Venezuelans — more than a tenth of the population — have fled the country in the past four years.

The UN has  has urged Peru and other countries in South America to facilitate the entry of Venezuelan migrants. However, Peru has said its visa requirements will make immigration safer and better organized.

Two years ago, Peru introduced new laws to help accommodate Venezuelan migrants, including the provision of special residency cards granting permission to work and for school and access to health care.

However, Peru cut the program short, as the ongoing refugee influx, along with inflammatory media reports, led to accusations that Venezuelan migrants were committing crimes and driving down wages.

Venezuelans flee to Peru as UN warns of a 'crisis moment'

Thousands of Venezuelans fleeing an economic and humanitarian crisis streamed across Peru's border ahead of tighter controls. The UN said the situation is nearing a "crisis moment" like in the Mediterranean. (25.08.2018)