Venezuelan exodus at 4 million since 2015 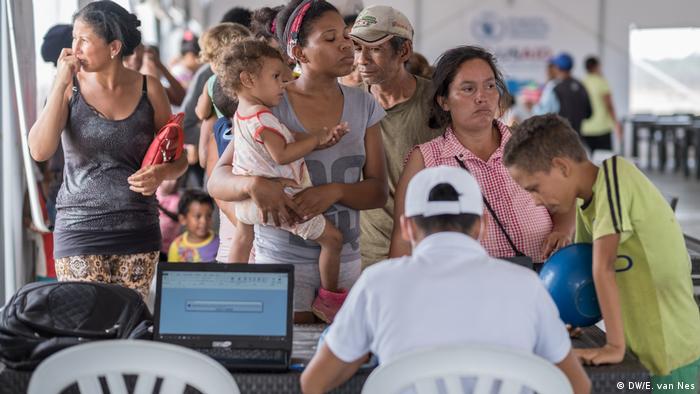 The UNHCR refugee agency said since November alone 1 million Venezuelans had fled their country gripped by the standoff between President Nicolas Maduro and his opponent, self-declared interim leader Juan Guaido.

"Latin American and Caribbean countries are doing their part to respond to this unprecedented crisis but they cannot be expected to continue doing it without international help," said Stein, Guatemala's former vice president.

Read more: Coup or uprising? It depends on who you support

Spread around the continent

Colombia had received 1.3 million, followed by 768,000 in Peru and sizeable numbers in Chile, Ecuador, Brazil and Argentina as well as Caribbean nations, it said.

Jolie's two-day visit to Colombia's border with Venezuela starting Friday was expected to include a migrant tent camp and a news conference on Saturday in the Colombian region of La Guajira. 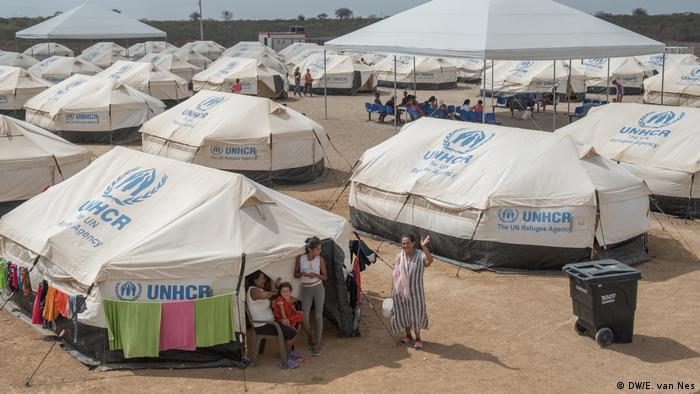 Jolie is due to visit this border camp in Maicao, Colombia

In a separate statement Friday, the UN Children's Fund (UNICEF) said some 3.2 million children inside Venezuela — or one in three — needed humanitarian assistance.

Mortality rates among under-fives had doubled from 2010 until 2017, said UNICEF spokesman Christophe Boulierac, from 14 to 31 deaths per 1,000 live births.

Despite medical deliveries to clinics, UNICEF was "barely scratching the surface," Boulierac said. "Millions of children need to be immunized, go to school, drink safe water and feel protected."

Some 50 nations recognize Guaido as interim president, but he has been unable to remove Maduro, who still has the backing of Venezuela's military, Cuba and Russia and has withstood US-led sanctions.

A mediation effort by Norway is reportedly stalling over Maduro's refusal to accept fresh presidential elections to resolved the crisis.

Norway has so far hosted two rounds of exploratory talks over the past month, with facilitators also in Caracas for meetings with both sides.

WHO: Poorer nations to get first 40 million vaccines next month 10h ago