Juan Guaido's attempt to force regime change with military backing has failed, and the protracted political deadlock is placing a heavy burden on the people. A new approach is needed, writes Günther Maihold. 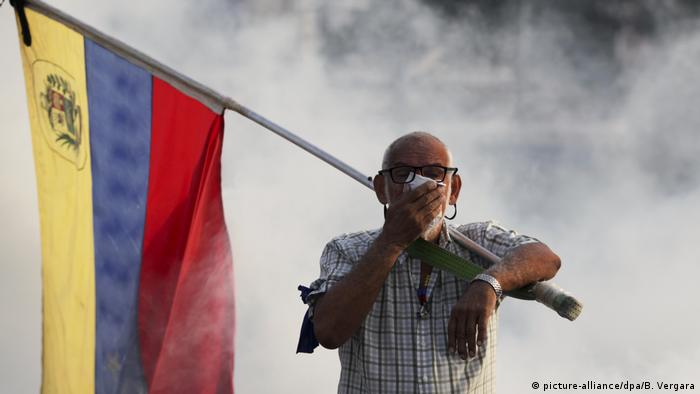 The events that unfolded in Venezuela over the last two days can be interpreted in many different ways. So far, the situation remains unclear. One thing, however, is for certain: the ongoing power struggle between the country's self-declared president, Juan Guaido, and President Nicolas Maduro is exacting a heavy toll on ordinary Venezuelans, who increasingly doubt a solution to the political stalemate will be found. They are growing increasingly apathetic.

Sanctions on the country's oil industry and persistent supply shortages will mean ever more Venezuelans will flee into neighboring countries. The increasing political apathy will also hurt challenger Guaido, whose strategy has so far relied on being able to mobilize his supporters to action. Tuesday morning's false claim that parts of the country's military had deserted Maduro's camp and sided with Guaido have weakened his standing.

And the masses did not take to the streets against Maduro when Leopoldo Lopez was freed from house arrest; the anticipated political knockout was a non-starter. Instead, after weeks of mass protests, many Venezuelans have become exhausted and disillusioned, as well as fearful of acts of violent reprisal by Maduro's security apparatus.

Washington's attempts to paint a picture of Maduro's imminent fall have lead to naught. Gradually, Guaido supporters have also lost faith in their foreign ally. An abrupt regime change seems unlikely; Guaido's strategy is not bearing fruit. Even so, Maduro has been weakened. Now, the incumbent president constantly needs the military's reassurance it remains loyal to him. 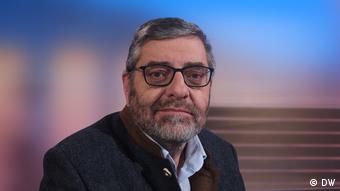 The military, meanwhile, has grown more powerful amid the power struggle between Guaido and Maduro. It has managed to maintain its autonomy and the breaking away of small units has not diminished its overall standing. But this means that as Guaido and Maduro vie for the military's backing, the generals are those with the clout to make far-reaching political decisions. Which will make it even more complicated to find a much-needed political solution to the current stalemate.

Venezuela's military, therefore, would be in charge of guaranteeing whichever reform course the country embarks on. In future, Guaido und Lopez may, for example, choose to co-lead the opposition camp. In such a scenario, Guaido could keep antagonizing Maduro, while Lopez engages in clever diplomacy. This could potentially end the stalemate.

'All or nothing' mentality counterproductive

Both camps are bent on achieving victory and on dictating their own terms. But the international community must now make clear to both sides that dialogue is the only feasible option for breaking the deadlock. The ongoing confrontation is a huge burden on ordinary people. Waiting for either side to tire will lead to nothing. Germany, Europe and Latin American states can no longer watch idly but must become engaged and help the people of Venezuela. Foreign ministers must now take initiative to end the futile confrontation in Caracas.

Günther Maihold is deputy director at the German Institute for International and Security Affairs.

Venezuela's self-proclaimed interim president, Juan Guaido, says the army now backs a change of government. Guaido told DW that the military is no longer on the side of acting President Nicolas Maduro. (01.05.2019)

The Deutsche Welle broadcast signal is now available again without restrictions. Venezuela's telecommunications regulator had severed the connection in an apparent response to coverage of the crisis. (15.04.2019)