US Secretary of State John Kerry has arrived in Egypt on the first leg of his Middle East tour. Kerry will also hold a meeting with his Russian and Saudi Arabian counterparts in Qatar and attend a Gulf summit. 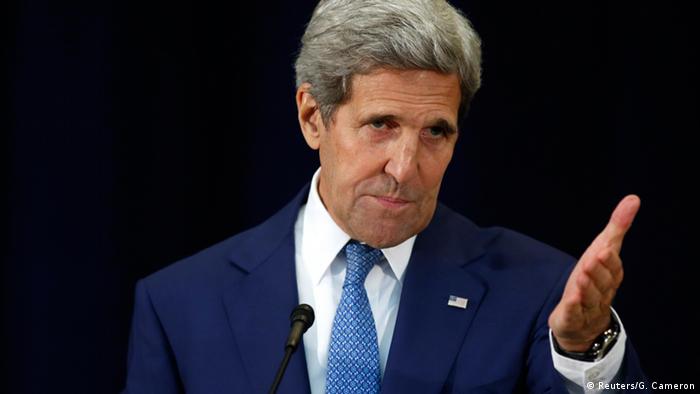 Ties between Washington and Cairo have been tumultuous since the popular revolt against former Egyptian President Hosni Mubarak in 2011. The United States has been particularly critical of President Abdel Fattah al-Sissi's repression of the supporters of his Islamist predecessor, Mohammed Morsi.

The relations between the two countries have begun to improve somewhat, with Washington lifting sanctions on military aid for Egypt in March.

John Kerry will hold strategic talks with Sameh Shoukri, Egypt's foreign minister, on Saturday before heading to Doha. The dialogue will be the first between the two countries since 2009, and comes days after the United States announced that it would begin the delivery of eight F-16 fighter jets to Cairo.

The top US diplomat is also expected to raise the issue of human rights violations with his Egyptian counterpart.

"We'll certainly be discussing the issue of the political environment, human rights issues while the Secretary is in Cairo. That is an important part of our regular dialogue," a US State Department official said.

In Doha, Kerry will attend a meeting of the six Gulf Cooperation Council (GCC) members and try to allay fears among the US's Arab allies about Iran's nuclear deal with world powers, which was sealed on July 14 in Vienna.

Many Gulf states are weary about Iran's growing closeness with the United States.

The GCC foreign ministers and Kerry will also discuss the conflicts in Syria and Yemen. The US State Department confirmed that Kerry and Russian Foreign Minister Sergei Lavrov would meet on the GCC sidelines.

Kerry, whose Middle East visit does not include a stop in Israel, will leave for Southeast Asia from Doha.