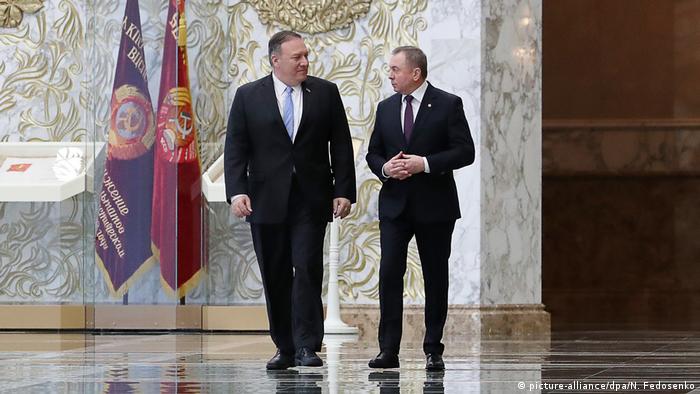 US Secretary of State Mike Pompeo said on Saturday that his country was ready to supply Belarus' energy needs, filling a gap left by Russia, which recently cut off oil supplies.

"Our energy producers stand ready to deliver 100% of the oil you need at competitive prices. We're the biggest energy producer in the world and all you have to do is call us,'' Pompeo added.

Pompeo has become the highest-ranking US official to visit Belarus in over a decade, as he kicks off a tour to several former Soviet republics in eastern Europe and Central Asia.

Relations between the US and Belarus have been frosty for some time. Since President Alexander Lukashenko came to power in 1994, Belarus has suppressed dissent and has seen its human rights record widely criticized.

On Saturday, the US State Department said in a statement that Pompeo's visit would "underscore the US commitment to a sovereign, independent, stable and prosperous Belarus, and affirm our desire to normalize our bilateral relations."

Moscow had asked Minsk to accept greater economic integration with Russia in return for energy resources at favorable domestic prices.

The conflict has led Belarus to fear for its sovereignty, with Lukashenko accusing Russia of stopping energy supplies in order "to dissolve Belarus.''

Since then, the Belarusian president has vowed to seek alternative oil suppliers and announced Friday that negotiations with the United States, Saudi Arabia and the United Arab Emirates were ongoing. 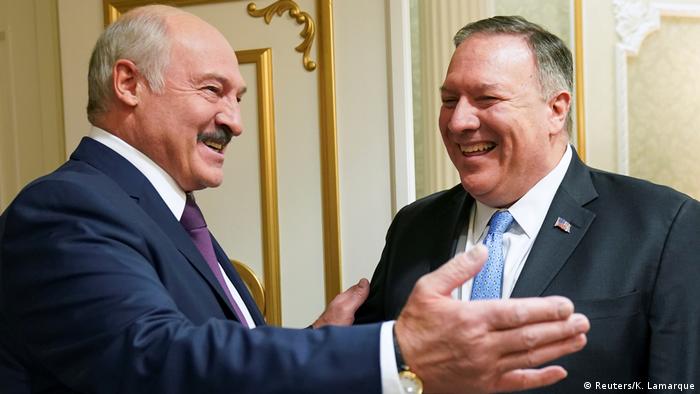 Following the 2006 Belarusian presidential election, which was marred by allegations that Lukashenko was involved in "human rights abuses related to political repression," the US imposed sanctions on him.

Belarus responded by recalling its ambassador from the US and in 2008, the Belarusian government "unilaterally forced the US Embassy to withdraw its ambassador and reduce its staff from 35 to five diplomats."

Efforts to restore diplomatic relations are ongoing, with Pompeo promising to staff the embassy and name a new US ambassador. On Saturday, Lukashenko lamented the "absolutely groundless misunderstandings of the past authorities'' and welcomed Pompeo's visit.

The secretary of state said Belarus had made "real progress'' in reforms, including on human rights, but that more needed to be done to bring about a lifting of US sanctions.

Makei acknowledged the need to make some changes. "Belarus is probably not a most ideal country in this regard, and we do understand that we must implement some reforms in many areas, including the area of human rights — and we are doing this," he said.

Belarus: Protesters rally against closer Russia ties as Putin and Lukashenko in Sochi

Belarusians have been demonstrating against warmer relations with Moscow. The presidents of the respective nations have met in Sochi over economic agreements as Belarus eyes closer integration. (07.12.2019)

Calls for a comprehensive inquiry have followed DW's exclusive interview on the disappearing of Belarusian opposition leaders in the 1990s. The man said to have ordered their killings denies the account of DW's source. (17.12.2019)

Belarus election: No seats for opposition as Lukashenko maintains power

After their surprise election in 2016, neither of the two sitting opposition candidates were allowed to stand this time. Strongman leader Alexander Lukashenko plans to stand again in presidential elections next year. (18.11.2019)