US, EU space missions depend on Russian tech

If Russia were to boycott space missions due to the Ukraine crisis, the results would be dramatic for the United States and Europe. Without Russian technology, Western countries' missions couldn't get off the ground. 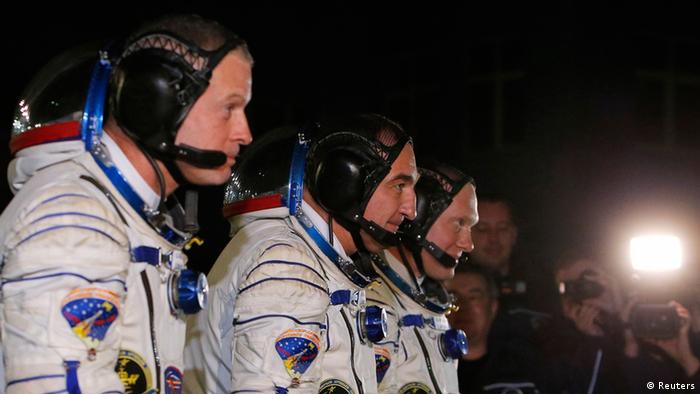 Six people are currently on board the International Space Station (ISS): three Russians, one astronaut from Japan and two Americans. They each headed up by way of the Russian Soyuz spacecraft, launched from the Baikonur Cosmodrome. Currently, there is no other way to reach the ISS.

After the United States turned its space shuttle fleet into the stuff of museums three years ago, Russian capsules are the only ones crossing the 400 kilometers (250 miles) to bring people to the ISS and back. That will remain true through 2017 at the earliest. NASA isn't set to reacquire space ships capable of undertaking the journey until then.

A sudden stop to cooperation with Russia in space would mean nothing short of an end to the ISS. Astronauts from Europe and the United States could no longer go into space, and Russia would lose technical and financial support from the US that facilitates communication, equipment and the provision of materials for the space station.

All of the partners involved in the ISS depend on one another as the module complex is much too large for national solo runs. In recent weeks, Charles Bolden, a former astronaut and current head of NASA, stressed that the international partnership on space exploration remains strong.

NASA pays around $70 million (50.7 million euros) for each astronaut's journey in a Soyuz rocket. The flow of this cash to Russia has to be specially approved on a case by case basis by Congress. At a recent congressional hearing, Bolden said these journeys to the ISS are not simply a matter of routine but are indispensible for future space missions. 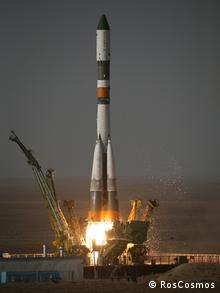 It's there that NASA tests new materials for missions to the moon and possibly to Mars, while US astronauts gain valuable medical expertise. As recently as January, US President Barack Obama had stipulated the US would continue its involvement with the ISS for at least 10 years - seeking as much cooperation as possible with the partners Russia, Europe, Japan and Canada.

US shuttles with Russian engines

Apart from the ISS, there are almost no joint projects between the United States and Russia in space - meaning no shared missions to the moon or other targets in the solar system. However, even when it comes to launching their satellites, the US depends heavily on Russian technology. Atlas V rockets, one of the workhorses of the US space program, use Russian-built engines.

Many of the US Department of Defense's reconnaissance satellites take off using a rocket that couldn't operate without Russian technology. That's a dependency that cannot be eliminated quickly. Suitable replacement rockets aren't available in the required quantity and propulsion devices cannot simply be switched without affecting the entire system. In the event of a Russian boycott, there would soon be no Atlas V take-offs from the Cape Canaveral launching site.

The US also depends on Russian technology when it comes to a new system for transporting freight into space. After ending its own shuttle launches, NASA commissioned private companies with providing supplies and undertaking scientific experiments at the ISS. However, America's new Cygnus cargo craft operates using an Antares rocket, part of which is manufactured in the Russian-leaning region of Ukraine.

Should the United States drastically reduce its cooperation with Russia, Europe wouldn't be able to fill in the gaps. The European Space Agency's ATV freighter will only fly once more to the ISS and then will no longer be built, and Europe has never had a manned spacecraft of its own. Although Europe's Ariane rocket has proven very reliable, it cannot bring people to space. European politicians overseeing space policy have for decades blocked the development of a manned European mission to space, citing cost concerns. 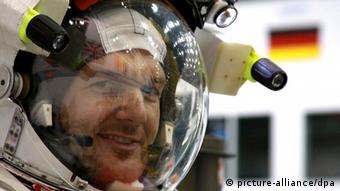 Meanwhile, German geophysicist Alexander Gerst is currently training in Russia for his trip to the ISS. At the end of May, he is set to take up a post there for six months - though that will only happen if Europe and Russia continue their space cooperation. In November, Italy's Samantha Cristoforetti is scheduled to take over for him. The ESA depends on Russia's flight technology, and its missions draw on more intensive cooperation with the Russian Roscosmos agency than American missions do.

After NASA gruffly pulled out of the joint ExoMars project two years ago, Russia jumped in to take its place. The ESA now wants to use Russian support to land on Mars in order to search for signs of life using an automated research laboratory.

China as the sole alternative

China is the only current alternative when it comes to manned space missions, but the country is not a partner in the ISS. For political hardliners in Europe and the US, it would only be making matters worse to switch from Russian to Chinese technology in the future.

The space cadets themselves tend to take a relaxed approach to the saber-rattling of earth-bound politicians. On joint missions, nationality plays no role as astronauts have to be able to depend on their colleagues in space.

NASA Astronaut Reid Wiseman, who will fly to the ISS together with Gerst and Russia's Maxim Suraev, has praised Russian hospitality and the highly professional training he has received there. Wiseman said once they launch, they will go as "three friends" into space.

I am 15! The ISS at another milestone in collaborative space science

The International Space Station (ISS) is celebrating its 15th birthday. Its first component was launched into space from Russia on November 20, 1998. Since then, it's had an incredible ride. (20.11.2013)