China lifts off past Europe in space travel | Science| In-depth reporting on science and technology | DW | 16.06.2013

China's advancing technological prowess has reached the point where it has overtaken Europe in the fields of space research and travel. Germany is also finding ways to assist the Asian nation's missions. 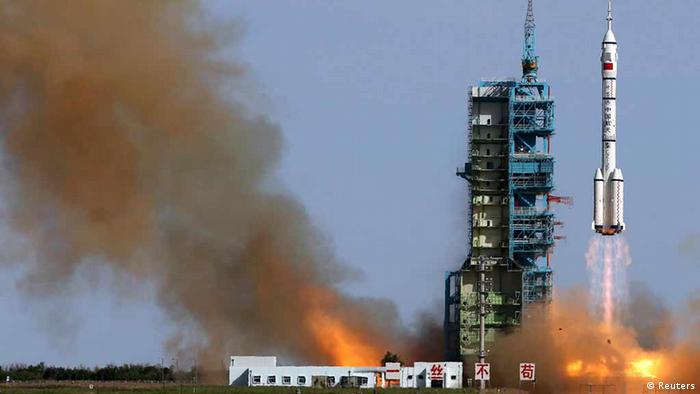 China's latest space mission to dock with an orbiting space station began this week as three astronauts blasted into orbit on a 15-day mission. Once docked, the three aboard the capsule, two men and one woman, will carry out medical and scientific experiments at China's experimental space laboratory, Tiangong 1. Tiangong, meaning heavenly palace, is illustrative of the political ambitions China has to pursue its aims in space.

China has very ambitious plans for space. By 2020 the country's military, which is responsible for space travel, wants to build a space station that's as big as the Soviet Union's MIR Space Center and which would be permanently staffed. With every trip into space the realization of this plan is drawing closer. Other space-faring nations are waiting patiently to see what will happen next.

Shenzhou 10, as the current space trip is known, comes a decade after China sent its first astronaut into space – the first of five manned missions. Chinese space travel ventures, in the meantime, look impressive and technologically formidable.

"Shenzhou-10 will dock 10 times on the station," explained Wu Ping, press officer for the Chinese space program. “Once automatically, and the second time it will be steered by the astronauts.” During the mission, hour-long experiments in the field of space medicine and technology will take place. “Lessons from space for school students on Earth will also happen,” adds Wu Ping. Space travel in China is highly regarded and is causing quite a buzz amongst the population. 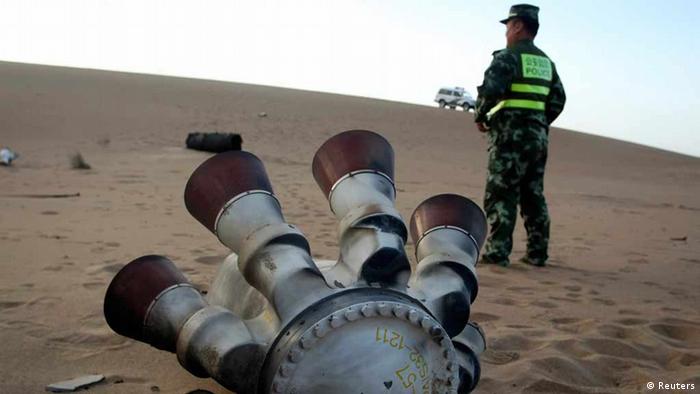 Secret propaganda: a police officer guards a piece of the Shenzhou-10

Scientific experiments at zero gravity will not play a major role in this mission. With their unmanned mission, Shenzhou-8 in 2011, China was able to collaborate with German scientists.

The German Aeronautics and Space Research Center (DLR) provided the SIM-box, or Science in Microgravity for the orbital flight. During the mission, 17 biological and medical experiments were conducted. At the time, Gerd Gruppe, executive member on the space mission board gushed about the cooperation with China. "We managed to jump over the Great Wall of China and land Germany a new partnership in human space flight," he said.

China, meanwhile, has overtaken Europe when it comes to space travel and is placed third behind only Russia and the United States among the countries sending people into space.

NASA will be discontinuing manned space travel at the end of its next mission - at least for the next three years. Europe has the technical knowledge to build a manned space vessel of its own, but lacks the political will for such a project. That's why Europe's astronauts have to fly to space with other countries. In addition to the United States and Russia, China could offer Europeans a new means of getting into orbit.

"We are looking at opportunities to use the Chinese space station," Thomas Reiter, head of the European Space Agency's human spaceflight operations, said last month. "Some of our ESA astronauts are already learning Chinese."

ESA astronauts have only flown to the International Space Station (ISS). The ISS is run by the United States, Russia, Japan, Canada, ESA and several European countries. Italy's Luca Parmitano is currently orbiting the Earth from the station. China has made several overtures that it would like to become involved in managing the ISS, but has been rebuffed by the United States. Last year, at an ISS conference in Berlin, NASA head Charles Bolden said the US government called on NASA not to cooperate with China. 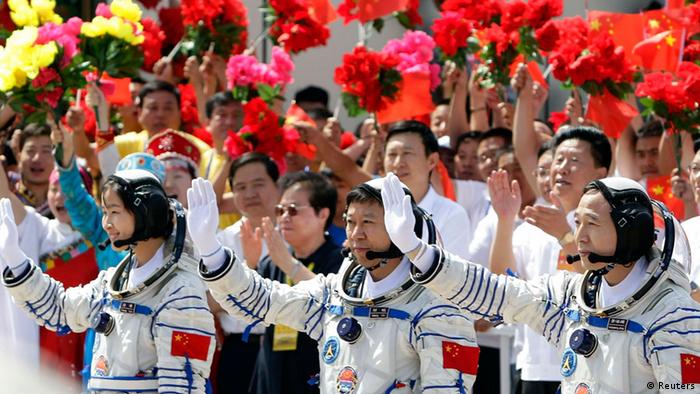 The motor behind China's space program is less science than a drive for international recognition. The state seems to believe that will come not from having a small space station of its own, but instead from being on equal footing with the United States and Russia.

Official Chinese statements have long emphasized the importance of international cooperation and the country's willingness to enter into joint ventures when there are "mutual benefits for the peaceful use of space and for projects developed together."

It is only a matter of time until ISS partners begin using Chinese transportation capabilities - if for no other reason than to save money. Such a move would make the ISS a truly global space station.

Race to Space? What are the prospects for manned missions?

Thomas Reiter has been in space twice, on the Mir station and on the international space station. Today he heads the European Space Agency's program for manned spaceflight. (13.06.2013)

Since its 1977 launch, NASA's Voyager 1 has made discoveries and sent some of the most iconic images back to earth. It is now on the brink of leaving our solar system forever. (07.09.2012)