Beijing finally broke its silence on the US election, more than one week after millions of Americans cast their ballots. Incumbent President Donald Trump has yet to concede defeat.

China on Friday congratulated US President-elect Joe Biden on his victory against incumbent Donald Trump, more than a week after Americans cast their ballots.

Trump has so far refused to concede defeat, but numerous world leaders, including German Chancellor Angela Merkel, have already called Biden to congratulate him on his win.

Beijing finally broke its silence during a press conference held by its foreign ministry.

"We respect the choice of the American people. We express our congratulations to Mr. Biden and Ms. Harris," said foreign ministry spokesman Wang Wenbin at a press briefing, referring to incoming vice president Kamala Harris.

Wang said China understands "the result of the US election will be determined in accordance with US laws and procedures,"

DW's correpsondent in Beijing said China likely waited so long to be certain nothing could change.

"China would not have wanted to work with Trump having already congratulated Biden," said Mathias Bölinger. "But the Chinese state media has also portrayed this election as chaotic and symptomatic if an unreliable democratic system. And they wanted to continue that narrative."

The leaders of Russia, Brazil and Mexico are still holding back, saying they are waiting for the votes to be confirmed by the US Electoral College next month.

"We believe it's correct to wait for the official results of the elections to be announced," Kremlin spokesman Dmitry Peskov said on Monday.

Russian President Vladimir Putin congratulated Trump immediately after he was declared the winner based on US media projections in 2016.

Read more: With Donald Trump out, EU nationalists are down a US ally 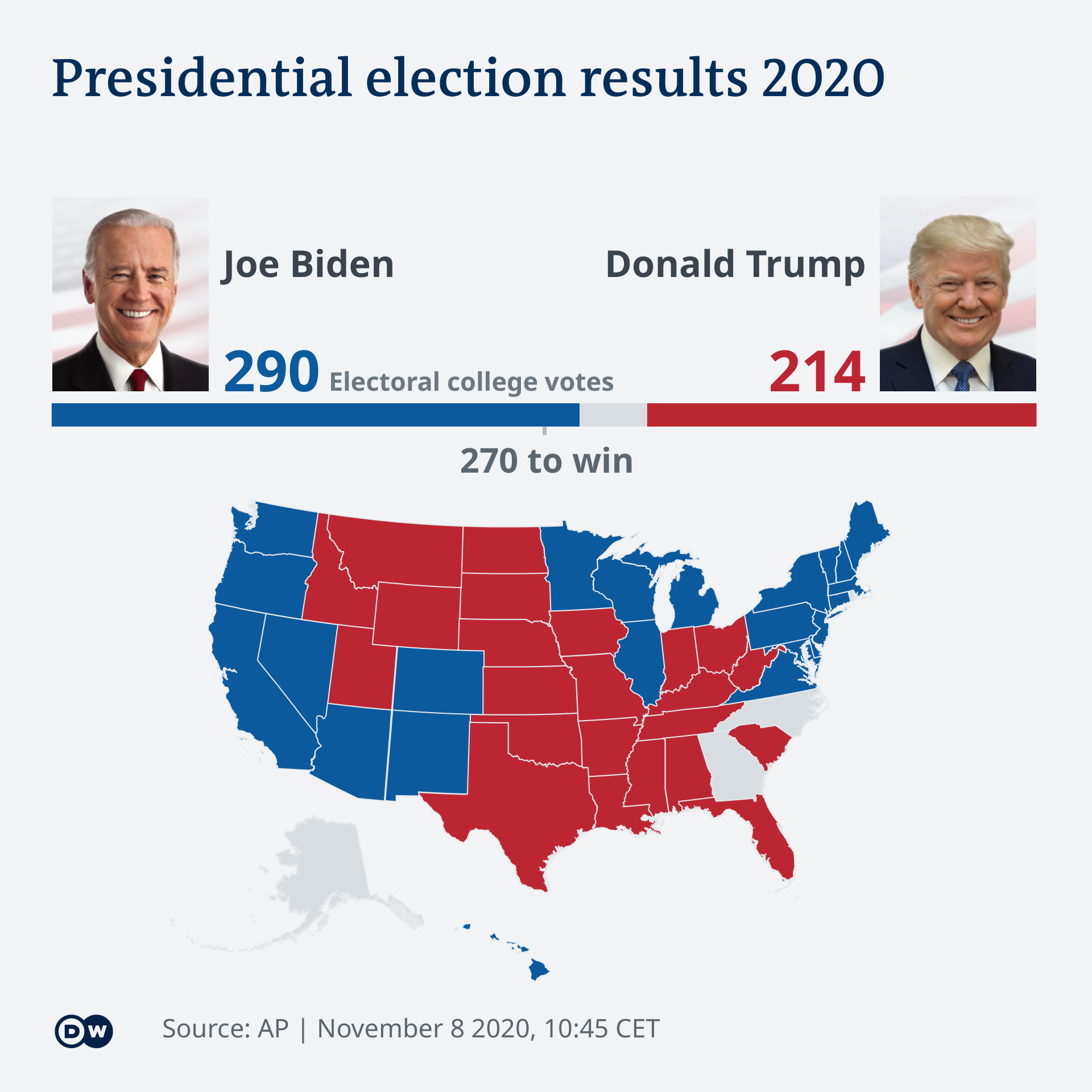 Biden reaches out to Europe

Biden made several telephone calls to European leaders on Tuesday to lay out his priorities for his forthcoming term.

But the Trump administration is refusing to recognize his victory. That is despite the fact more US media outlets projected Biden to win the battleground state of Arizona on Thursday evening.

Trump has refused to coordinate with Biden's team to facilitate the handover of power. The federal agency in charge of allocating funds for the transition of power is also yet to recognize Biden as the winner.

It means his staff cannot access information or intelligence briefings.