Opinion: 25 years after Dayton: Seize the moment with Biden in the White House | Europe | News and current affairs from around the continent | DW | 12.11.2020 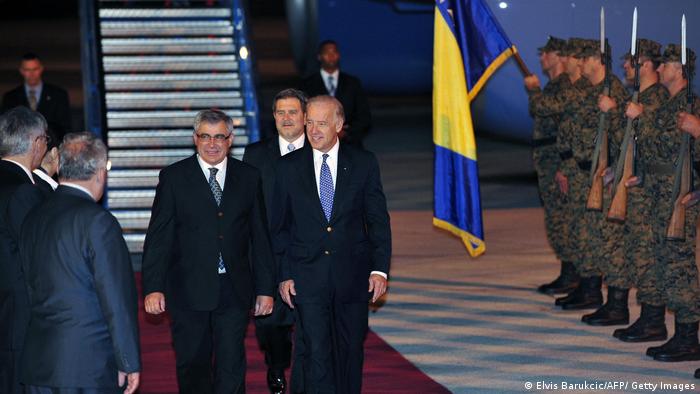 The 1995 Dayton agreement was only intended to end the Bosnian War and not to provide a lasting political framework. Everyone sensed, however, that none of the parties would later give up what they had won at Dayton in the name of setting up a more permanent, potentially more stable-looking arrangement.

In practice, this means that the Bosnian Serbs have agreed to nothing that subtracts from the sovereignty, as they view it, that they and the RS achieved through Dayton - even though the the Dayton agreement speaks of "entities" rather than sovereignty.

Moreover, there are now power brokers throughout Bosnia and among each of the three major ethnic groups that have profited from the present system and have no intention of giving up the wealth and power they have. 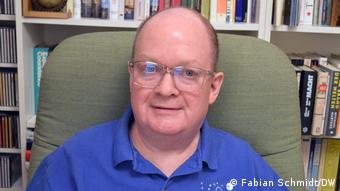 Patrick Moore: Together Europe and the US can offer the Balkans more than China and Russia

Consolidating vested interests for want of an EU perspective

In fact, in a region where mafia states are no rarity, there is no real incentive for the bosses of Banja Luka or elsewhere to give up their advantages in return for possible prosperity for their people. By effectively closing the door to new members, the EU has deprived itself of its most important tool for promoting change in the western Balkans.

Instead, the EU, international organizations, and the NGO world have wasted 25 years in repeating political slogans about the European integration of the region that have no chance of being translated into facts.

The most promising way forward is to think outside the box of ritualistic political mantras and concentrate on concrete programs to promote economic growth and regional integration, give people decent jobs, and present young people with good reasons for staying home and not emigrating.

After all, prosperity and stability often go hand in hand. Perhaps if there were more opportunities to make money, the political picture could improve as well. 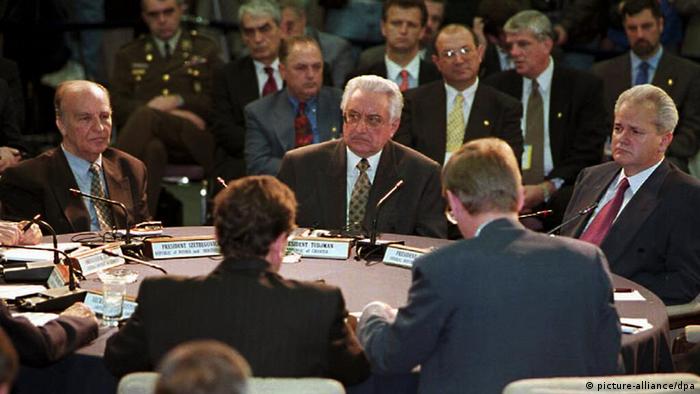 Negotiated at Wright Patterson Air Force Base in Ohio in November 1995, the Dayton Agreement brought peace, but created a political system incapable of reform

No capitulation in the face of authoritarianism

As they did in the 1990s, the US and the EU need to work together toward the common ends of promoting growth and democracy. President-elect Joe Biden pointed out this past summer that the European-American "partnership is as necessary today as it has ever been, and it requires all parties to work together toward our shared goal."

The EU and US share the same values and must cooperate, lest the Balkans be dominated by the influence of Russia, China, and perhaps Turkey, all of which play by rules that differ from ours. They live and think in an alternative universe.

The Western states are democracies that work toward transparent goals through partnerships and alliances, whereas the authoritarian states to the East view the world as a zero-sum game - an arena of combat - and have no allies, but only clients and satellites.

Even during the Boris Yeltsin years of the 1990s, Russia never lost its age-old interest and influence in the Balkans, and the trend has become much more pronounced under the more aggressive regime of Vladimir Putin, most notably - but not only - in Serbia.

For its part, China seeks to expand its influence through economic muscle. It has formed its own regional working group without the EU and has found willing partners for major infrastructure projects in Greece, Hungary, Serbia and elsewhere.

To offset the influence of Russia and China, the US and EU must work together in mutual trust once again toward our common ends. The outgoing Trump administration took the initiative to develop economic ties between Serbia and Kosovo, and there is no reason to think that the Biden administration will let up on these efforts.

Our European friends should not feel put out by such moves, but rather should support them. Similarly, Washington is likely to continue its backing for the Three Seas Initiative - in which 12 central and eastern European states cooperate to develop major infrastructure projects and promote growth. 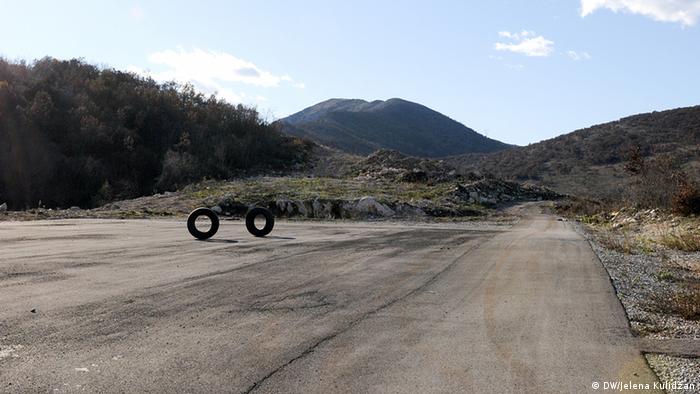 Where does this road lead? Part of a future highway in Montenegro, to be built by Chinese companies.

Representatives of the EU and Germany attend the group's summits, as do the Americans. An important element of those infrastructure projects is to reduce energy dependence on Russia, which is in the interest of the West as a whole.

There is a new administration in Washington for the Europeans to work with over the next four years. It is committed to multilateralism and will surely offer a return to more established and predictable ways of conducting international relations, including in the Balkans.

Biden himself is no stranger to the region. In 1993, he visited Sarajevo during the siege and afterwards wrote a long report condemning Serbian aggression and expressing support for its victims. His late son Beau Biden worked in Kosovo in 1998-99, training judges and prosecutors.

During the recent US presidential election campaign, Biden outlined his vision for America's future relationship with Bosnia-Herzegovina, Albania and Kosovo, which have rarely figured in US campaigns before. Biden has repeatedly stated his commitment to multilateralism and NATO.

There never was and probably never will be complete harmony between Washington and its European partners, just as those partners often have huge differences among themselves. But the new administration will offer a more serious and transparent way of doing business with its allies than has been the case over the past four years. Biden has already signaled a willingness to engage with Europe. Our European friends should seize the moment and  join with him.

Patrick Moore was Senior Balkan Analyst for Radio Free Europe Research in Munich and Prague from 1977 to 2008.