The US Treasury Department has removed China from its list of currency manipulators ahead of a new US-China trade deal. Chinese regulators have been accused of devaluing the yuan to make exports more competitive. 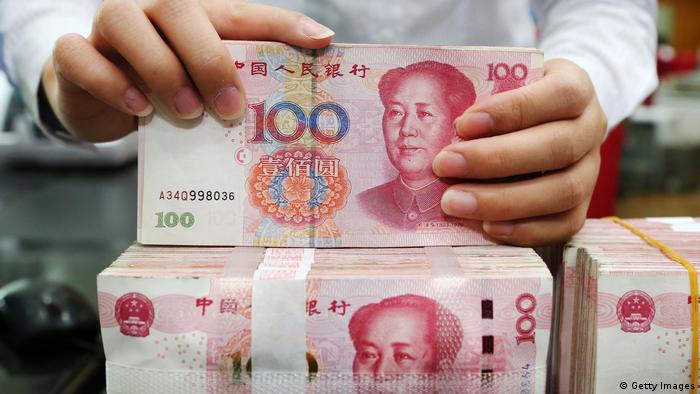 The United States has dropped its designation of China as a currency manipulator, the US Treasury Department announced. The action comes as the first phase of a US-China trade deal is due to be signed in Washington on Wednesday.

The Trump administration branded China a currency manipulator in August, accusing Beijing of devaluing its currency to make exports more competitive. At the time, Chinese authorities had allowed the yuan to devalue against the US dollar to its weakest point in 11 years, according to the US Treasury.

The currency manipulator label was removed by the US Treasury in its semiannual currency report, which had been delayed three months by the Trump administration until currency commitments from China could be secured.

Treasury Secretary Steven Mnuchin said Monday that the Trump administration had dropped China's designation as a currency manipulator because of new commitments in the phase one trade agreement, including those intended to prevent China from undervaluing its currency to gain trade advantages.

Mnuchin said China had made "enforceable commitments to refrain from competitive devaluation while promoting transparency and accountability.''

Although now off the currency blacklist, China remains one of 10 countries the US Treasury says need to be on a watchlist, meaning that Beijing's currency practices will continue to be closely monitored.

The yuan reached a five-month high on Monday ahead of this week's signing of the phase one US-China trade deal, according to the Reuters news agency.

On Monday, Democratic Senate Minority Leader Chuck Schumer criticized the move by the Treasury Department, saying the Trump administration was "backing down" from putting pressure on China's unfair economic practices.

"China is a currency manipulator — that is a fact," Schumer said in a statement released by his office. "Unfortunately, President Trump would rather cave to President Xi [Jinping] than stay tough on China."

However, the currency manipulation designation in August was also seen as merely a symbolic move. It would have ultimately required the US to enter into negotiations that could have led to sanctions, something the Trump administration was already doing in its trade war with China.

The Russian and Chinese leaders hailed ties that had reached an "unprecedented level" after having cozied up repeatedly in recent years. Miodrag Soric reports from Moscow. (04.06.2019)