Donald Trump hails 'phase one' US trade deal with China

The US and China have made progress and come to a "phase one" deal, US President Donald Trump has said. Washington suspended the tariff hike on $250 billions in Chinese goods which was set to go into effect next week. 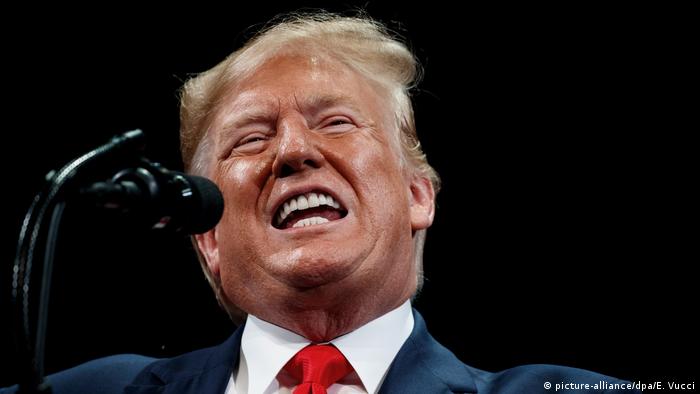 After 15 months of trade talks between Washington and Beijing, the two sides have "come to a very substantial phase one deal," US President Donald Trump told reporters on Friday.

Trump did not provide details and said the accord has yet to be put in writing. However, the US president said that it would include intellectual property rights and financial services.

The leader of the Chinese team, Vice Premier Liu He, said he was happy about the outcome.

"We will continue to make efforts," he told Trump in the Oval Office.

The deal prompted the US to suspend a tariff hike on $250 billion (€226.5 billion) in Chinese goods which was set to go into force next Tuesday. The US will also consider revoking its currency manipulation designation against China, said Treasury Secretary Steven Mnuchin.

However, according to Mnuchin, Trump has yet to make a decision on additional tariff hikes set to go into effect in December.

China reportedly pledged to step up buying of farm products.

US media reported that the preliminary deal should serve as a stepping stone for a more comprehensive accord which would be signed by Trump and Chinese President Xi Jinping later in the year.

Chinese Vice Premier Liu He met with US Trade Representative Robert Lighthizer and Mnuchin on Friday. Before personally meeting with the Chinese prime minister, Trump tweeted that "[g]ood things" were happening.

"Warmer feelings than in recent past, more like the Old Days," he wrote. "All would like to see something significant happen!"

The trade war has so far resulted in US tariffs on over $360 billion of Chinese imports and retaliatory Chinese tariffs on $120 billion of American goods, mostly farm products. This week, the White House upped the ante by restricting travel for senior Chinese officials and blacklisting 28 Chinese companies over China's persecution of Muslim Uighurs.