The US is increasing pressure on China over the situation in Xinjiang province. Secretary of State Mike Pompeo announced restrictions on visas for Chinese officials to "complement" 28 blacklisted Chinese organizations. 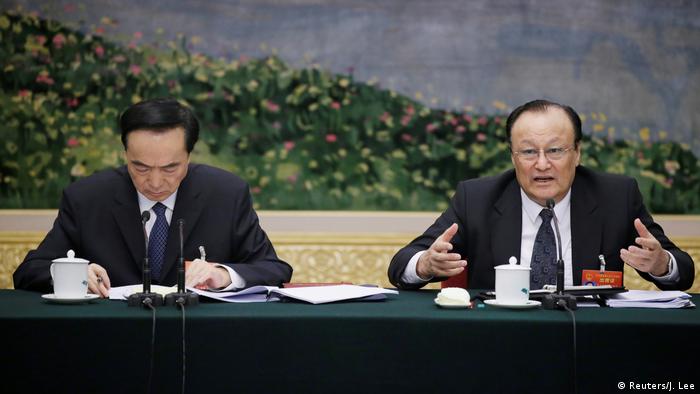 The United States announced on Tuesday it would restrict visas to Chinese officials over human rights violations against Muslim minorities in Xinjiang province.

The State Department did not name the officials subject to the visa restrictions.

However, according to US officials, the Trump administration had previously considered sanctions against Xinjiang Party Secretary Chen Quanguo, a member of the powerful politburo.

Responding, the Chinese Embassy in the US said the moves seriously violated "the basic norms governing international relations," and accused Washington of using human rights as "merely made-up pretexts for its interference" in Beijing's internal affairs.

"Xinjiang does not have the so-called human rights issue claimed by the US," the embassy said on Twitter, adding that "the counter-terrorism and de-radicalization measures in Xinjiang are aimed to eradicate the breeding soil of extremism and terrorism."

"We urge the US to correct its mistakes at once and stop its interference in China's internal affairs," it added.

The US Department of Commerce on Monday said it was blacklisting 28 Chinese governmental and commercial organizations, citing rights violations against Uighurs and other Muslim minorities in the Xinjiang region.

The US government denied that the blacklisting decision was linked to trade talks with Beijing that are due to resume this week in the hope of resolving a long-running trade war.

However, analysts believe US government actions make it much less likely that China and the United States will reach a resolution this week.

How China intimidates Uighurs abroad by threatening their families

Uighurs living in the US and Europe have told DW that Chinese authorities are going after family members still living in China to suppress activism by the Uighur community living abroad. (11.07.2019)