US asks India and Pakistan to 'exercise restraint' 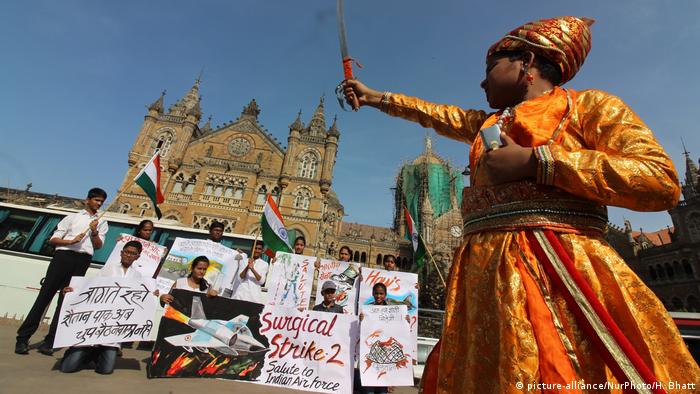 In the midst of rising tensions between India and Pakistan, US Secretary of State Mike Pompeo asked the neighboring Asian nations on Wednesday to "exercise restraint and avoid escalation at any cost."

Pompeo's comments come after India launched air strikes in Pakistani territory, to target the Jaish-e-Mohammad (JeM) militants who recently carried out a suicide bomber attack in Kashmir. The terrorist attack claimed the lives of at least 40 Indian soldiers.

India's airstrikes were the first to be employed on its neighbor's territory since the two countries went to war in 1971.

The US Secretary of State spoke with both Pakistani Foreign Minister Shah Mehmood Qureshi and Indian Minister of External Affairs Sushma Swaraj.

In a statement, Pompeo said that he encouraged both ministers to "prioritize direct communication and avoid further military activity."

He stressed to Qureshi the urgency of Pakistan "taking meaningful action against terrorist groups operating on its soil."

India's air strikes drew a strong rebuke from Pakistan, whose government said it would respond at a time and place of its choice.

A military spokesman said a command and control authority meeting, which decides over the use of nuclear weapons, had been convened for Wednesday, adding: "You all know what that means."

Both governments have disputed the effect of Tuesday's raid. The Indian government said the strikes had hit a JeM, while Pakistan dismissed the claims, saying the bombs were dropped in a wooded area and caused no damage or casualties.

JeM is an anti-India group that has been linked to al-Qaeda and has been on a UN terrorist list since 2001.

In December 2001, Jaish fighters, along with members of another Pakistan-based militant group, Lashkar-e-Taiba, attacked India's parliament, which put the neighboring nations on the brink to a fourth war.

India and Pakistan may be on the brink of yet another violent conflict after Indian jets launched strikes on suspected militant camps on Pakistani soil. Many fear an escalation could be devastating for the entire region. (26.02.2019)