The Pakistan-based militant group Jaish-e-Mohammed has claimed an attack on Indian forces in Kashmir that killed at least 40. What is this group and what are its goals? 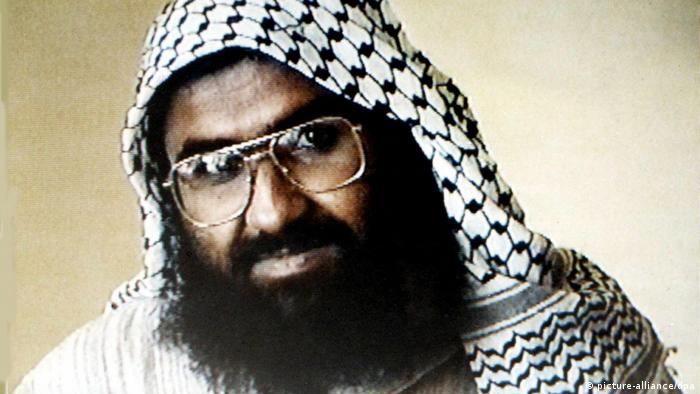 Jaish-e-Mohammed (JeM), which translates as "The Army of Mohammed," is a Pakistan-based jihadi group that operates in Kashmir with the aim of taking the contested territory from India and making it part of Pakistan.

The group has its roots in another Islamic militant group active in Kashmir, Harkat-ul-Mujahideen, which is considered to have links to al-Qaida.

Its founder and leader is Maulana Masood Azhar (top photo), a former leader of Harkat-ul-Mujahideen.

JeM, which carried out its first suicide bombing in Kashmir in 2000, has been designated as a terrorist organization by Pakistan, Russia, Australia, Canada, India, the United Arab Emirates, the United Kingdom, the United States and the United Nations. It has changed its name several times in response to bans by Pakistan.

The group's main declared objective is to free all of Kashmir from Indian administration and put it under Pakistani control. However, it has pledged to continue its jihad in other parts of India as well with the aim of "liberating" Muslims there and driving all non-Muslims from the country.

Kashmir has been split between India and Pakistan since independence from Britain in 1947, with a Line of Control separating Indian-administered Jammu and Kashmir from the Pakistani-administered territories of Azad Kahsmir and Gilgit-Baltistan.

India has in the past accused Pakistan of assisting the group despite Islamabad's official condemnation.

Samir Saran, president of the Indian think-tank Observer Research Foundation, told DW that "the founding fathers of Jaish-e-Mohammed and generals in Rawalpindi are one in the same," referencing the city where Pakistan's army in headquartered. "They are the state guests of the state of Pakistan."

Among other things, JeM has been implicated in the 2001 Indian Parliament attack in New Delhi, which it is thought to have carried out together with the terrorist organization Lashkar-e-Taiba.

It is also suspected of involvement in the murder of American journalist Daniel Pearl in Karachi in 2002.