Why Kashmir attack could spark a military confrontation in South Asia | Asia | An in-depth look at news from across the continent | DW | 15.02.2019

The militant attack in India-ruled Kashmir has once again put New Delhi and Islamabad on a war footing. Analysts at the Munich Security Conference say it is a setback to those who wish to see lasting peace in the region. 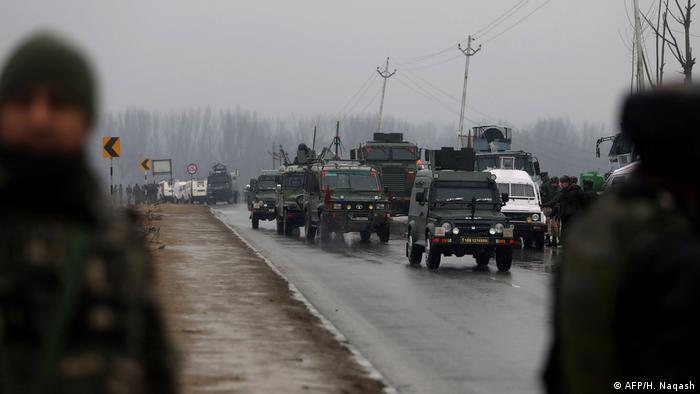 At least 41 Indian paramilitary troops were killed on Thursday in a suicide bombing in the Pulwama district of India-administered Kashmir. The Pakistan-based militant group Jaish-e-Mohammed, which translates as "The Army of Mohammed," claimed responsibility for the deadly attack, according to local media.

It was not the first time that the Islamist group allegedly perpetrated an attack in the Indian part of Kashmir, although the Thursday assault was the deadliest in the disputed region.

Indian Prime Minister Narendra Modi described the attack as "dastardly," while other Indian officials said they have "incontrovertible evidence" that Islamabad had "a direct hand" in the bombing. They have vowed a harsh response to the attack.

Pakistan's government, meanwhile, said it condemns acts of violence anywhere in the world and denied any involvement. The bombing immediately drew strong condemnation from the international community, including from the United States and Germany. 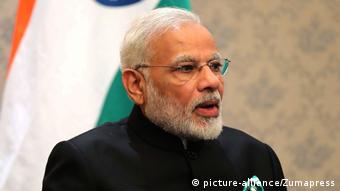 'We will give a befitting reply, our neighbour will not be allowed to de-stabilize us,' Modi said in a speech, after meeting security advisers to discuss options.

'No business as usual for India'

The bombing is a huge setback to the already turbulent India-Pakistan ties. The two nations have thorny relations and fought three full-fledged wars, two of them over the disputed Kashmir region. India blames Pakistan for supporting Islamist terror attacks on India. Pakistan routinely denies Indian accusations that it supports terrorism. Since the late 1980s, Kashmir's separatist insurgency has waxed and waned, but it began to pick up in the last five years as a fresh generation of Kashmiris was drawn to militancy.

Samir Saran, president of the New Delhi-based think tank Observer Research Foundation, told DW on the sidelines of this year's Munich Security Conference that there is no doubt that Pakistan was behind the latest Kashmir attack. He also accused Islamabad of waging an "asymmetrical war" against New Delhi. "It was a cold-blooded terrorist attack, conducted by militants from across the border, trained and funded by the proxy network sustained by Pakistan," Saran said.

He added that the Thursday attack could force India to react militarily and target militants' sanctuaries on the Pakistani side of the border. "After the attack, it can't be business as usual for New Delhi," the foreign policy and security analyst said.

With India set to hold a general election by May, Saran pointed out, the Modi government will be under pressure to show that it's acting tough on Pakistan. "This happened at a time when India is in the midst of or rather at the beginning of the election cycle... the prime minister will have to respond. Otherwise, he will appear weak and therefore all bets are off. I suspect this is bigger than we think it is." 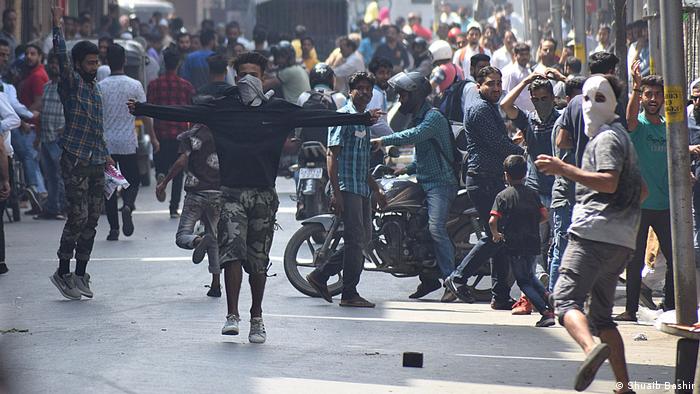 Since the late 1980s, Kashmir's separatist insurgency has waxed and waned, but it began to pick up in the last five years as a fresh generation of Kashmiris was drawn to militancy

Talat Bhat, a Kashmiri activist and documentary filmmaker based in Sweden, says he's worried that the latest deadly assault would "hurt" the peaceful political movement for the rights of the Kashmiri people.

"Pakistan needs to act against Jaish-e-Mohammed and other Islamist groups. The Pakistani army's 'strategic assets' are damaging the Kashmir cause, the cause for a national liberation movement. New Delhi gets away with its human rights violations as a result of such acts," Bhat told DW.

Toqeer Gilani, the president of the Jammu and Kashmir Liberation Front (JKLF) in Pakistan-administered Kashmir, also conceded that the latest Kashmir bombing was "damaging" for the "freedom movement" in the Himalayan region. "The assault would not bring any sympathy from the international community for the Kashmir plight. It will also increase an arms race in South Asia and keep the region backward," Gilani told DW.

Will China turn against Jaish-e-Mohammed?

India has once again demanded that Jaish-e-Mohammed and its leader Maulana Masood Azhar be declared as terrorists by the United Nations. The group has its roots in another Islamic militant group active in Kashmir, Harkat-ul-Mujahideen, which is believed to have links with al-Qaida. But New Delhi's UN efforts have been thwarted by Beijing, a close ally of Pakistan. How likely is it that China would reconsider its approach toward Jaish-e-Mohammed?

"China's role in this is not difficult to understand. Last year, Beijing blocked an attempt to declare Masood a terrorist. China considers India its enemy," Bhat said. But Gilani believes it would be hard for China to ignore the latest attack on Indian paramilitary personnel.

Siegfried O. Wolf, an expert at the Brussels-based South Asia Democratic Forum, says China is "indirectly" encouraging Pakistan. "Beijing will most likely not intervene in Pakistan's policy of backing militants that are operating in Afghanistan and India. Any measures against such groups, or the withdrawal of support, will be perceived as a hostile act by regional jihadists," Wolf told DW, adding that Beijing would not want that just for India's sake.

Experts say China's response to Jaish-e-Mohammed and its leader would be crucial when it came to a possible international action against Kashmiri militants. There are growing calls in India for the government to take unilateral actions against these groups. Indians have also taken to social media to vent their fury and call for swift retribution against Pakistan. But the consequences of any unilateral action by New Delhi could be devastating for regional peace and relations between the two nuclear-armed South Asian rivals.

Dozens of Indian paramilitary police were killed in Kashmir after a suicide bomber drove an explosive-laden vehicle into their convoy. India has blamed Pakistan of involvement and pledged to "isolate" it. (15.02.2019)

The Pakistan-based militant group Jaish-e-Mohammed has claimed an attack on Indian forces in Kashmir that killed at least 40. What is this group and what are its goals? (15.02.2019)