Russia wanted to reduce the number of border crossings for aid to be brought into war-torn Syria. Its proposal only got four votes. Germany's Foreign Minister Maas slammed Russia for making the humanitarian crisis worse. 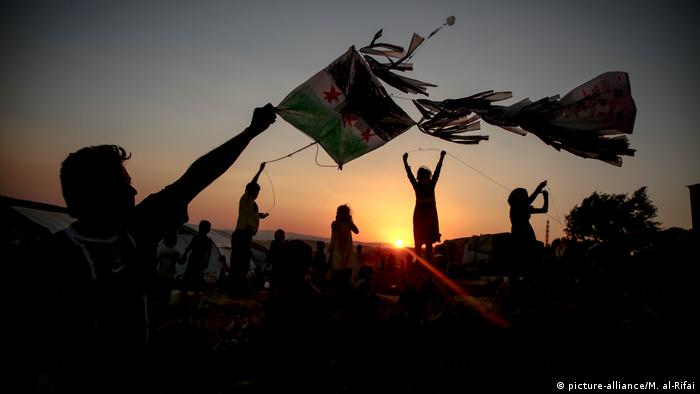 Russia wanted to reduce the number of crossings between Turkey and northwestern Syria from two down to one.

It was a counter-proposal to an earlier German-Belgian draft resolution, vetoed by Russia and China on Tuesday.

The Russian resolution would have needed a minimum of nine votes in the 15-member council for approval, but Moscow got support from just China, Vietnam and South Africa.

Seven countries, including Germany, France, the UK and the US voted against the proposal. A further four abstained.

Getting aid to rebel strongholds

Currently, UN aid deliveries are able to cross from Turkey into the country's mainly rebel-held northwest at Bab al-Salam, north of Aleppo and Bab al-Hawa, in Idlib province.

These border crossings are not controlled by the Syrian government. Since 2014 the crossings have allowed the UN to bring in vital relief to millions of Syrians living in these areas.

But the mandate for UN cross-border aid deliveries expires on Friday.

The German-Belgian draft resolution would have seen both crossing points remain open for a year.

But Russia, the main backer of Syrian President Bashar al-Assad, wanted to authorize cross-border deliveries through only the Bab al-Hawa crossing for six months.

"Millions of people are counting on the Security Council to allow for as much humanitarian access as possible ... [and] we will keep on working to this end," said Germany and Belgium in a statement after the vote.

German Foreign Minister slammed Russia over the worsening humanitarian situation in Syria, saying the support for a blockade mentality was "playing with people's lives," in German national newspaper Süddeutsche Zeitung.

The UN council has until Friday to agree upon a successor arrangement to the current resolution.

President Vladimir Putin has called for talks with the Syrian government over expanding Russian military facilities in the country. Moscow currently operates an air base and naval port in Syria. (30.05.2020)

The strikes were carried out on Idlib province on Tuesday and Wednesday, the Syrian Observatory for Human Rights said. They were the first strikes to be conducted by Russian forces since the signing of a truce in March. (03.06.2020)