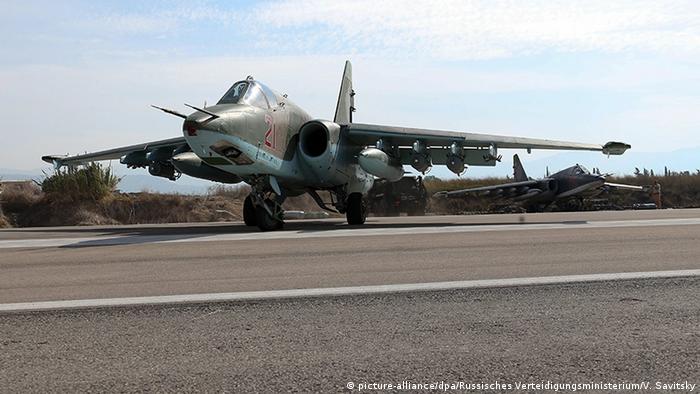 Russia wants to significantly expand its military bases in war-torn Syria, the Interfax news agency cited a government resolution as saying on Friday.

President Vladimir Putin ordered his Defense and Foreign Ministries to hold talks with Bashar Assad's government over obtaining maritime access in Syria, as well as further military facilities and additional real estate on land and at sea.

Moscow currently has two permanent military bases in Syria — an air base in western Syria's Latakia province and a naval base at Tartus on the Mediterranean coast.

Both the Tartus and Latakia bases are set to be expanded to allow Russian armed forces higher levels of performance and functionality, said Yuri Shvitkin, the vice chair of the Russian state Duma defense committee.

"Tartus now has a rather limited functionality," he told Interfax, adding that the port should become a fully-fledged navy base. In 2019, Moscow had already pledged millions of dollars to modernize the facility.

At Latakia, Shvitkin said Russia would like to separate the civilian section of the airport from the air force section to ensure better protection of its military and technology.

Russia is considered to be the most important ally of Syrian President Bashar Assad and his government. Russia's military launched operations in Syria in September 2015.

In March of this year, Syria entered its tenth year of civil war.

According to the UK-based Syrian Observatory for Human Rights war monitor, the decade-long conflict has displaced 11 million people, killed more than 384,000, including 116,000 civilians, and created an international humanitarian crisis with no end in sight.