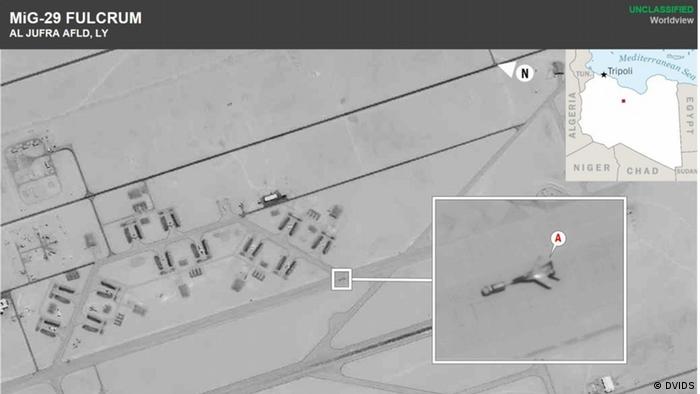 US Africa Command (AFRICOM) announced earlier this week that Russia had deployed at least 14 warplanes to Libya in support of private military contractors known as the Wagner Group.

It was the first time Russian armed forces were identified in the North African country. Although the Wagner Group purportedly enjoys Russian state backing, the Kremlin had initially stopped short of deploying official military assets to Libya, despite Moscow's support for general-turned-warlord Khalifa Haftar.

"For too long, Russia has denied the full extent of its involvement in the ongoing Libyan conflict," said US Army General Stephen Townsend, who leads AFRICOM. "We watched as Russia flew fourth-generation jet fighters to Libya — every step of the way."

The US general noted that neither Haftar's Libyan National Army (LNA) nor private military contractors could "arm, operate and sustain these fighters without state support — support they are getting from Russia.

"Russia is clearly trying to tip the scales in its favor in Libya," Townsend said.

The UN said Russia's Wagner group already has up to 1,200 mercenaries in Libya.

Haftar's LNA has sought to oust the UN-backed government Tripoli in favor of a rival Tobruk-based government. He has received support from Egypt, the United Arab Emirates and, at one point, even France.

Moscow has sought to expand its influence in the Middle East and North Africa (MENA) region and supported that mission through military escapades. In Syria, Moscow deployed its armed forces to prop up the Assad regime, a move that has ensured its place as a regional stakeholder. 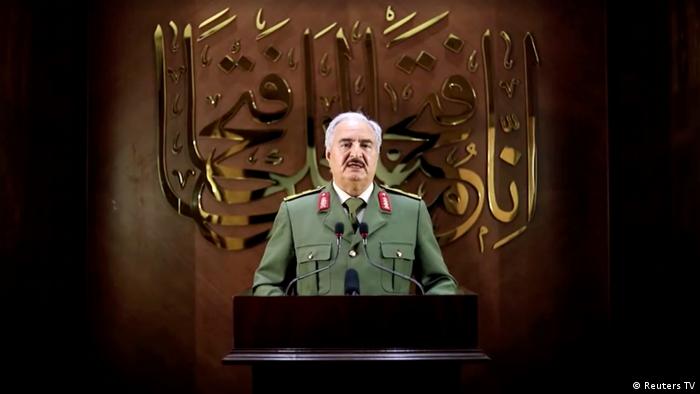 Haftar aims to establish a government based in Tobruk

"Strengthening the Russian military position in North Africa will undoubtedly provide Russian President Vladimir Putin with a much tighter grip over Europe and possibly even deep-rooted influence and control in the wider MENA region," said Tomas Olivier, a counter-terrorism expert and former senior officer in the Dutch government.

"Libya's energy resources and the presence of several deep-water ports will give Putin the logistical and geo-strategical advantage he is attempting to achieve," Olivier added.

Although the Russian Defense Ministry has yet to comment on the US allegations, Russian lawmaker Andrei Krasov, a member of the Russian parliament's Defense Committee, dismissed them as "fake."

With state-supported paramilitary forces on the ground, the Kremlin maintains the ability to deny direct involvement, yet still has strategic assets in place. That plays into its larger hybrid warfare strategy, which serves to undermine rules and responsibilities in the conflicts it engages with. 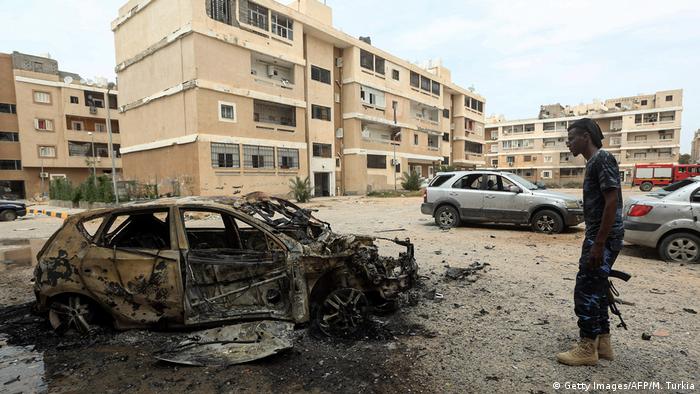 But deploying warplanes raises the stakes, making it a highly risky move for Russia, according to Theresa Fallon, director and founder of the Brussels-based Center for Russia Europe Asia Studies.

"Moscow's supply of aircraft reportedly repainted in Syria for plausible deniability, represents a creeping shift from a proxy war to open support for Haftar," Fallon said. "If Turkey responds by deploying more aircraft, it is likely that this could turn into another endless, Syria-like conflict."

Although Russian-Turkish ties have thawed in recent years, the countries back opposing parties in Syria and Libya. Earlier this month, the Turkish government threatened to strike Haftar's forces if they continued to attack diplomatic missions in Tripoli, where the UN-backed government is based.

"Libya is rich in energy sources, migrants can be leveraged in negotiations with Europe and Russian mercenaries are likely to command a lucrative revenue stream," Fallon said. "This could turn into one more frozen conflict on which Russia thrives."