Libya: Turkish strategy leaves Haftar on the defensive | Middle East | News and analysis of events in the Arab world | DW | 07.05.2020

The tides have turned in Libya's conflict as Turkish intervention has tilted the balance of power. What options do Khalifa Haftar and his foreign backers now have? 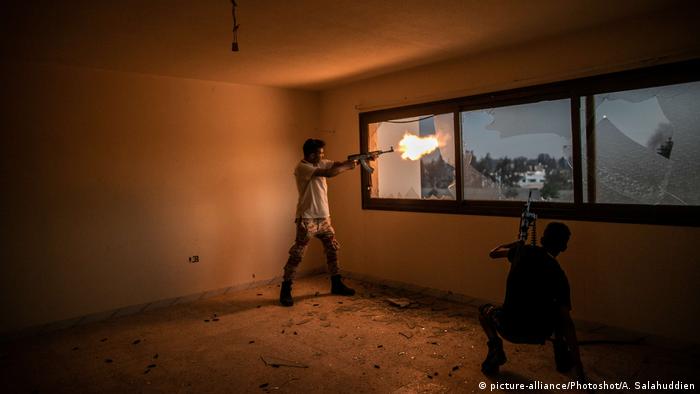 The conflict in Libya has entered a new phase with Khalifa Haftar's eastern forces suffering significant reversals due to a new Turkish-backed strategy.

Since 2014, Libya has been split between two rival factions and their governments in the east and west. In April last year, Haftar and his militias under the banner of the Libyan National Army (LNA) began a major push from the east to take Tripoli, with air support from the UAE and mercenaries from Russia, among others.

In recent months however, Turkey's technological and tactical backing for the militias aligned with Fayez Serraj's Government of National Accord (GNA) in the west has seen Haftar's advance stopped and even reversed in some strategic areas.

"There has been a shift in the conflict — in the general paradigm in Libya and the balance of power — and it was quite abrupt really," said Tarek Megerisi, a policy fellow at the European Council on Foreign Relations.

Turkey signed a maritime and military deal with the GNA late last year, and it started bearing fruit in April, with GNA forces making significant gains over the last month.

Part of that strategy was installing new air defense systems, which allowed Turkish drones to start a major campaign of air strikes, crippling Haftar's ability to resupply and the UAE's own drone strikes.

Then GNA ground forces began making sweeping gains, reestablishing control over the west coast from Tunisia to the GNA's seat in Tripoli and waging assaults on the well-defended bases Haftar had used to stage his siege of the city, at al-Watiya and Tarhuna. 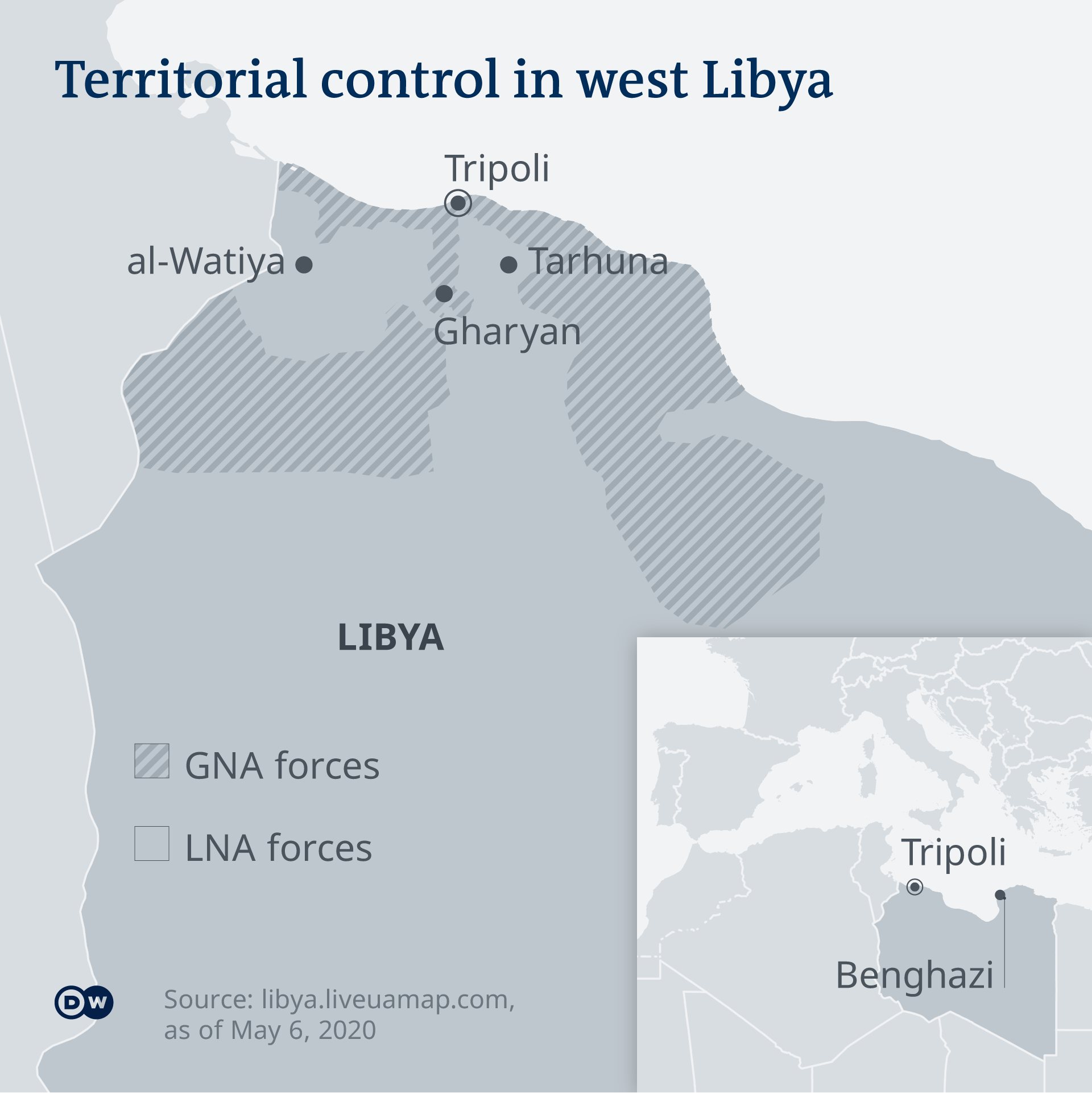 Bolstered by some 4,000 Syrian mercenaries, GNA forces have also made slow but steady progress on the Tripoli front. Turkey's intervention has shown it can match the UAE in Libya and will not allow Haftar to succeed in taking the city, analysts say.

"If everything goes on like this, Turkey should be able to strangle the war effort of Khalifa Haftar in Tripolitania," said Jalel Harchaoui, a Libya research fellow at the Netherlands-based Clingendael Institute, referring to the historic western region around Tripoli.

The escalation has left Haftar and his backers without an apparent way to respond.

As more accurate LNA-backed air strikes have been curbed, Libya observers have noted a rise in indiscriminate shelling from the ground in Tripoli.

While a UN report confirmed on Thursday there are as many as 1,200 Russian and 2,000 Syrian mercenaries fighting for Haftar, bringing in more, along with further heavy-duty weapons, will be difficult because they can't physically get to the frontlines without being hit, Megerisi said.

Aside from Haftar shifting his focus further to the east, around Misrata, "the only other option would be to directly intervene with the UAE's air force — their own F-16s — which would be a massive escalation that can't go unresponded to by Turkey," he said.

Now on the back foot militarily, Haftar has rushed to make gains on the political front.

Late last month he attempted to double down on his authority in eastern Libya by declaring himself the country's ruler by "popular mandate," thereby sidelining the nominal eastern government and paving his way to take further control of the country's massive oil revenues. 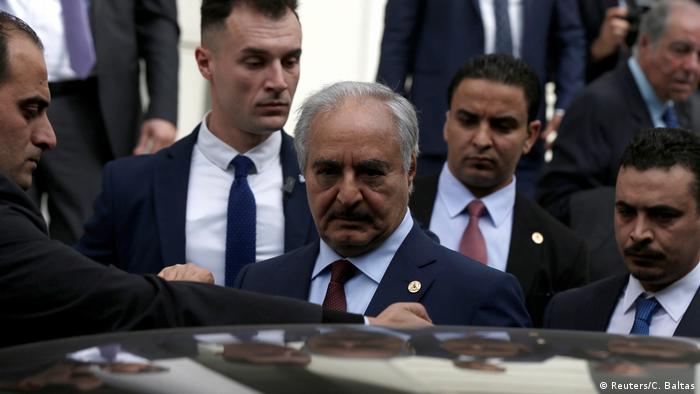 That may backfire on him by giving potential rivals in the east the impression he is panicked, opening him up to challenges to his rule, Megerisi said.

Overriding the civilian government in Benghazi may also work against Haftar in presenting himself as a possible alternative to the UN-recognized GNA as an international partner. But at the same time, his backers in France and the UAE have worked to paint Turkey as the source of all Libya's problems, Megerisi said.

Those dynamics have also meant that EU efforts to enforce a UN arms embargo haven't amounted to much. Both sides have flouted the restrictions, and an EU naval operation to stem the flow of weapons has been criticized as neglecting UAE shipments by air and land.

While Haftar continues to enjoy support from a wide range of states and Turkey weighs in more heavily, a clear division between the east and west looks set to deepen, leading to a new stage of "slow, grinding conflict," said Harchaoui.

"He's switching to a new phase, which is to get help from the UAE to discredit the internationally recognized government, because now, Turkey is likely there to stay."