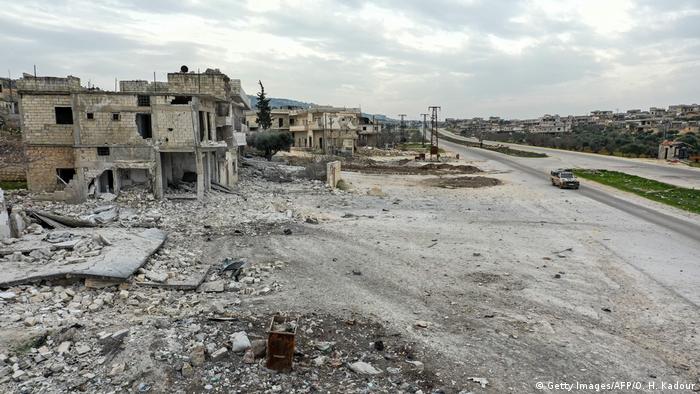 The Russian strikes on Tuesday evening and at dawn on Wednesday hit an area in northwestern Syria, where the boundaries of Hama, Idlib and Latakia provinces meet, the Syrian Observatory for Human Rights said.

The strikes on and near Idlib province were the first to be conducted in the region by Russian planes since a truce ushered relative calm into the region in early March, the monitor said.

The truce, between Turkey and Russia, stopped a three-month air and ground campaign that saw hundreds killed and over 1 million displaced people fleeing to the Turkish border. About 840,000 of the million remain displaced, while around 120,000 have returned to their home communities since the truce came into force, according to the United Nations.

The truce, which coincided with the start of the coronavirus, had put a temporary stop to the airstrikes conducted by government forces and their Russian allies, which killed over 500 civilians in four months.

In recent days, both Turkey and Syria have been sending reinforcements to the region, and there have been repeated violations of the truce on the ground in recent weeks, according to the monitor.

Nearly half of the three million people living in the Idlib region have been displaced from other parts of Syria recaptured by government forces.

The monitor group on Tuesday reported that the month of May saw the lowest civilian death toll, 71, since the start of the war in Syria, which has killed more than 380,000 people and displaced nearly half of the country's pre-war population since it began in 2011.

Schools and clinics in northwestern Syria were targeted in 18 attacks between April last year and February, according to Amnesty International. The rights group accuses Syria's regime and Russian forces of "war crimes." (11.05.2020)

Fighting has entered its tenth year as Russian and Turkish troops began joint patrols of the northwestern Idlib province as part of a fragile ceasefire. Over 100,000 civilians have been killed since the conflict began. (15.03.2020)

No soap, hardly any water and no space for quarantine: In the Idlib region of Syria, there is growing concern over the possible spread of coronavirus. A women's center there is trying to educate people. (30.03.2020)