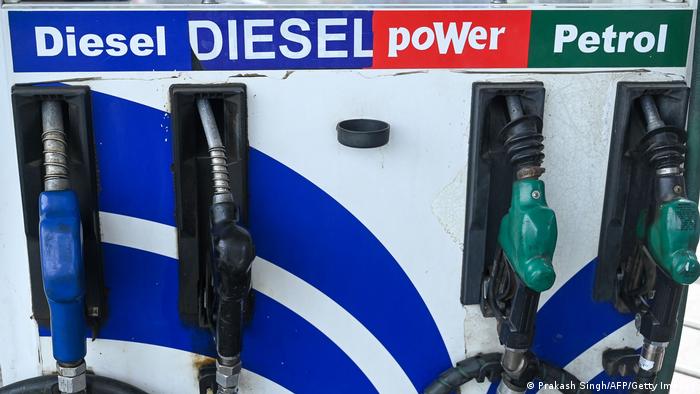 The UN on Monday declared the "official end" of the leaded petrol era, saying that Algeria had become the last country to stop selling fuel with the harmful additive.

"The successful enforcement of the ban on leaded petrol is a huge milestone for global health and our environment," said Inger Andersen, executive director of the United National Environment Programme (UNEP).

Why is leaded petrol unhealthy?

The UNEP said that the global effort to finally stop using all leaded petrol was estimated to have saved 1.2 million people from premature death per year, as well as reducing crime and considerably boosting the world economy.

"Overcoming a century of deaths and illnesses that affected hundreds of millions and degraded the environment worldwide, we are invigorated to change humanity's trajectory for the better through an accelerated transition to clean vehicles and electric mobility," UNEP chief Andersen said on Monday.

UNEP's campaign to eliminate leaded petrol around the world began in 2002, when much of the developing world was still using the gasoline long after major economies had phased it out.

Why did it take so long to ban it?

Lead was first used as an additive to improve engine performance around a century ago. It was of particular value in an era of poorly-refined low-octane gasoline.

But as early as 1924, five US refinery workers died and dozens were sent to hospital after suffering convulsions at the Standard Oil plant that processed leaded petrol in New Jersey.

Other indications of its harmfulness were common knowledge, but most national governments ultimately deemed the additive a necessary evil, instead bringing in new regulations to make its addition to gasoline in production safer.

Most of the gasoline around the world was leaded until the 1970s, when unleaded fuels were offered first as an alternative and eventually as the only option in wealthier countries. The US first taxed and then ultimately banned leaded fuel. The EU, China and India followed suit, all phasing out leaded fuel at petrol stations by the 1990s.

It was poorer countries like North Korea, Myanmar and Afghanistan that struggled more with this change. They finally removed the fuel from service stations in response to UNEP pressure, followed by Iraq, Yemen and now Algeria.

What are the challenges ahead?

In its latest report, the UNEP said the international community must now try to stop its dependence on fossil fuels altogether to fight the increasingly apparent effects of climate change.

"The transport sector is responsible for nearly a quarter of energy-related global greenhouse gas emissions and is set to grow to one third by 2050," the UNEP said in a statement.

With 1.2 billion new vehicles expected to hit the streets between 2015 and 2030, the UNEP is now pushing for more electric cars.

US President Joe Biden hopes to dramatically increase the sale of electric vehicles in the US, which account for less than 2% of car sales currently.

Facing EU penalties over poor air quality, Germany has said it wants to test free public transport in five cities. Bonn and Essen are among the cities to serve as testing ground for the new project.