Soil: an undervalued resource | Environment| All topics from climate change to conservation | DW | 05.12.2015

Ever more land is being covered by concrete, deforested, farmed, over-fertilized or polluted. For World Soil Day, it seems there is still much to be done to convince people that soil is not just a load of dirt. 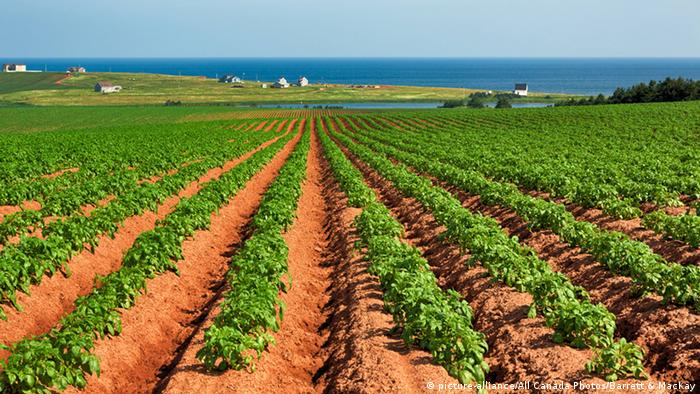 2015 was International Year of Soils. "Institutions have become more aware of soil," says Klaus Kruse. He is responsible for public relations at BVB, an independent German organization linking all those concerned with soil. "A lot of events took place which would not have happened if this had not been International Soil Year," he added.

Churches published brochures with information on classical agriculture and land-grabbing. At the Green Week agriculture show in Berlin earlier in the year, soil and its importance for society were a major focus. Nature protection groups and official authorities staged exhibitions explaining how soil is formed.

Scientists continue to stress the great importance to the world's climate of the thin layer that covers the earth like skin.

Soil is boring - on the surface

But the media have not been enthralled by the topic, Kruse says: "Soil doesn't have big, wide eyes, it doesn't move around. And it rarely features in disaster reports."

Yet a whole zoo full of animals, roots, fungi, algae and bacteria live in the surface soil and transform it into carbon dioxide, water and humus. Evaporation from the ground cools the air around it.

But our soil is under serious threat. According to the Heinrich Böll Foundation, 145 kilograms of fertilizer per hectare per year were spread between 2005 and 2007 in the industrialized world.

In the dry regions of sub-Saharan Africa, by contrast, just 10 kilograms were distributed on a similar area.

In countries like Germany, over-fertilization with nitrates from mineral fertilizers and animal dung have led to serious pollution of the ground water. The costs of making the water suitable for drinking are bound to increase the cost of water. 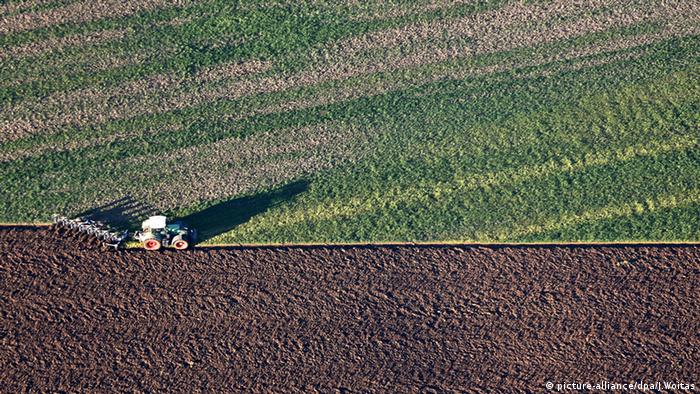 Tractors and other farm machinery compact the soil, while fertilizers and pesticides disrupt natural microoganisms

Günter Miehlich, a retired professor for soil studies at the University of Hamburg, points out other impacts to soils. "Our soil also suffers from salination, contamination with harmful substances, compaction, building activity and mining," Miehlich told DW.

Climate change also influences the fertility of soil, Miehlich said. He has been trying to increase public awareness of the importance of soil for decades.

No end to soil loss

Klaus Kruse agrees that is a difficult undertaking. One problem is that soil degradation is a slow, gradual process.

Worldwide, only 12 percent of land area is suitable for farming. And that area is supposed to insure food security for 7.5 billion people, according to soil expert Winfried E.H. Blum.

In theory, that translates into 2,200 square meters per person. But cultivated land area is not distributed evenly.

For example, in rainforest areas near the equator, soil has little in the way of plant nutrients. The forest there is burned to make room for crops.

Afterward, large amounts of fertilizer are required to grow pineapples, bananas, oil palms and soya - or to breed cattle. As there is a lack of trees to provide shade, the ground dries off on the surface and is often washed away later because the plant roots have not become established.

Roads are built to access new cropland and more forest, causing further destruction of the ecosystem. The result is a loss of biodiversity, erosion and desertification. That initiates a vicious cycle: lack of soil nutrients, lower crop yields, hunger, poverty and migration to the city. 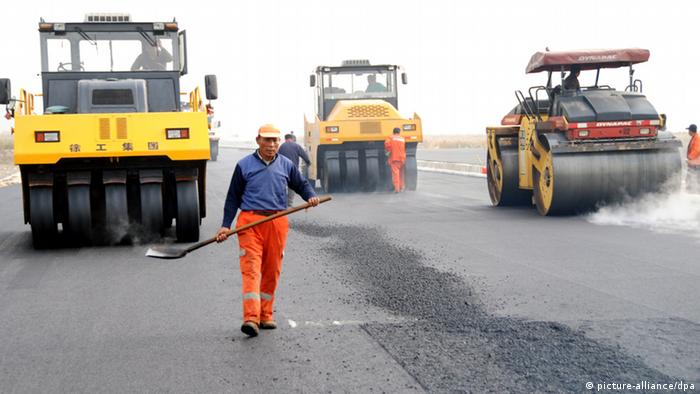 Homeowners also play a role in destroying our soil resources. There is a current trend to keep gardens small, and put down stones or concrete. This so-called soil sealing prevents the ability of the earth to absorb water, and eventually kills the microorganisms that live in dirt underneath.

"We have to get the issue into people's heads before anything can change," says Günter Miehlich. "It is important to make people aware that soil fulfills a lot of different functions."

And apparently, International Soils Year was not enough to do that. World Soils Day is not likely to do the trick either.

Miehlich says he will keep on giving talks about the need to protect our soil. That goes along with solving related issues like food security, population growth, strengthening farmers' rights, corruption, land-grabbing, food and seed speculation, customs restrictions and world trade.

He also mentions food waste, in particular, and calls on consumers to eat less meat to reduce the amount of land needed for breeding animals.

Soil areas that are used in agriculture should be farmed in such a way that the humus layer is increased, and the insects and microbes are allowed to thrive. Protection measures should also be extended to forests, where heavy machinery leaves deep tracks and compacts the soil.

Last but not least, homeowners should be more careful with the terrain they own. That includes building patios and terraces that let water through, composting garden waste, and not using peat (since that's an extracted, nonrenewable resource).

Heavy pesticide use is standard on the majority of Colombia's farms. But a number of initiatives for more sustainable alternatives are taking root and sparking an organic revolution. (01.12.2015)