North and South Korea want to explore reconnecting their rail and road systems as part of efforts to ease tensions in the region. The South needed an exemption from the United Nations sanctions regime for that to happen. 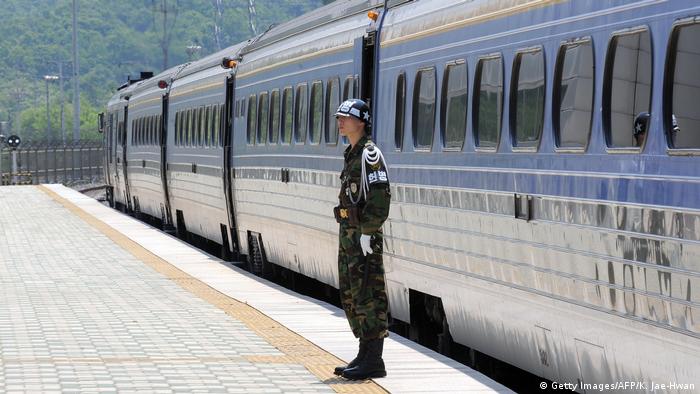 The UN Security Council has granted an exemption to sanctions on North Korea to permit a joint survey on connecting its railway system with South Korea, Seoul said Saturday.

The exemption allows the South to export fuel and other goods to the North, but would still preclude either side from starting work on linking the two systems.

The move is part of a broader effort by both sides to ease tensions following a period of heightened concern over the North's nuclear program.

South Korea initially thought the joint survey would not require any exemption. But the US, which leads the sanctions regime, reportedly disagreed.

The US has also warned the South against moving too fast in its negotiations with the North while Pyongyang's nuclear program remains active.

Separate negotiations between Washington and Pyongyang have stalled amid a US refusal to lift sanctions until the North gives up all of its nuclear weapons.

The creation of an inter-Korean rail system would require billions of dollars in investments in the North's outdated railway network, according to experts.

Seoul and Pyongyang plan to hold a ceremony to mark the linkage of their transport systems at the end of the year.

Meetings could be last for families in divided Korea

Reunions for relatives separated by the Korean border have started again after more than three years. For many families, these meetings have come too late, Fabian Kretschmer reports from Seoul. (19.08.2018)