North and South Korea have agreed to a series of moves to strengthen military, sporting and transport ties. It's part of several recent meetings between the two sides with the goal of nuclear disarmament. 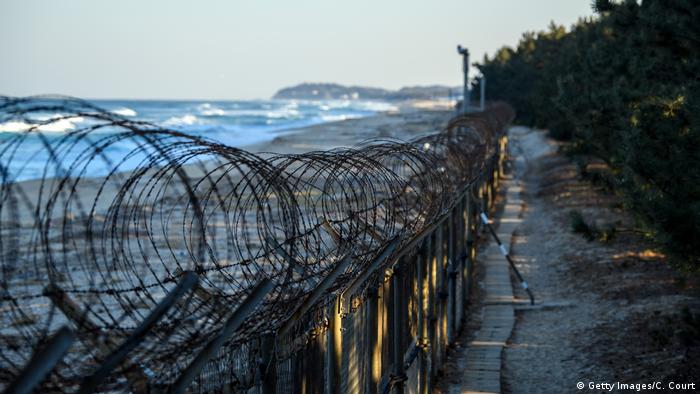 In a third meeting this year, senior officials from North and South Korea have agreed to bolster military, sporting and diplomatic ties in talks aimed at resolving ongoing denuclearization issues.

During the talks in the border village of Panmunjom on Monday, the two sides discussed ways to execute the peace agreements announced after a summit last month between South Korean President Moon Jae-in and North Korean leader Kim Jong Un in Pyongyang.

Kim and US President Donald Trump issued vague pledges after the famous Singapore summit this June to work towards the "denuclearization of the Korean Peninsula." But the agreement had few specifics and talks have stalled since.

Pyongyang has stopped nuclear and missile tests this year, but has yet to allow international inspectors to visit the Punggye-ri site that the North claims to have destroyed.

The ministry said they had also agreed to hold a ceremony in late November or early December to discuss a planned project to connect their railways and roads, and to hold talks between sports officials in late October over plans to send combined teams to the 2020 Summer Olympics.

to co-host the 2032 Summer Games and said they would hold Red Cross talks in November to set up video-conference meetings between aging relatives separated after the end of the Korean War in 1953.

North Korean leader Kim Jong Un plans to extend an invitation to Pope Francis. The head of the Roman Catholic Church had previously encouraged North and South Korea to resolve their differences through dialogue. (09.10.2018)