Meetings could be last for families in divided Korea | Asia| An in-depth look at news from across the continent | DW | 19.08.2018

Meetings could be last for families in divided Korea

Reunions for relatives separated by the Korean border have started again after more than three years. For many families, these meetings have come too late, Fabian Kretschmer reports from Seoul. 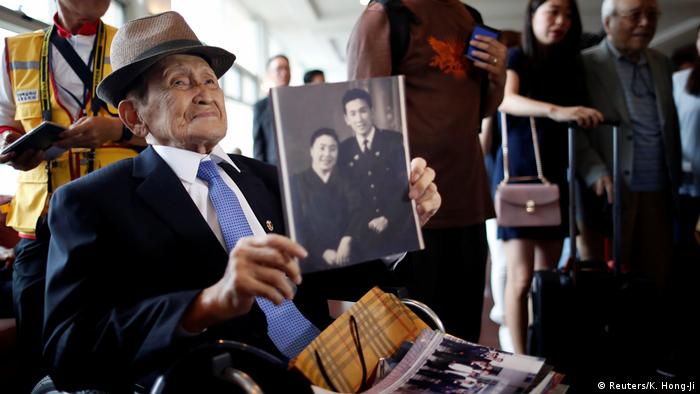 Dozens of South Koreans on Monday made their way into North Korea to be reunited with the loved ones they were seperated from following the Korean War.

Families cut off when the Korean border was established after the 1950-53 war epitomize the immense tragedy of the peninsula's division. For almost seven decades, relatives in North and South Korea have been kept apart by landmines and politics.

On Monday, however, some families will have what is likely their final opportunity to see relatives from the other side of the border. Once you have been selected for a reunion, you are excluded from future eligibility.

The families will meet for three days in a resort in North Korea's Diamond Mountains, only half an hour's drive from the Demilitarized Zone. More than 20 family reunions have taken place, however, since South Korea implemented the Sunshine Policy, which emphasized cooperation and guided its relations with the North until 2008.

The reunions have always depended on the attitude of North Korea's regime, which allows them to be held on certain conditions. All too often North Korea has halted the civilian exchange. The last meeting took place in 2015. However, during this year's summit between South Korean President Moon Jae-in and his counterpart in the North, Kim Jong Un, both sides agreed to resume family reunions. 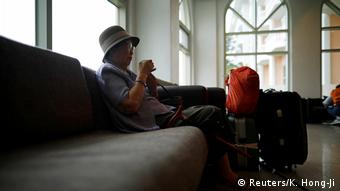 A computer algorithm randomly selects 130,000 applicants, thousands of them long dead. After the first round, about 500 candidates are left. The North Korean authorities then investigate the relatives on the other side of the border. This time around, 190 South Koreans were selected.

In a banquet hall in the hotel complex, over a soundtrack of folk music, surveilled by security officers and TV teams, families are given three days to resume their relationships.A one-to-one conversation is only allowed for two hours during the entire stay. And this must then be enough for the rest of their lives, should reunification not be achieved before they die.

According to the Red Cross, about 3,600 people who have applied for the reunions die every year — that's 10 South Koreans per day who will never get to set foot in their birthplaces again because of the border. In the North, where, according to Amnesty International, people die on average 12 years earlier than South Koreans, only a few thousand members of these families are likely to be alive.

As a result of the current rapprochement, many South Koreans are more optimistic about relations with their northern neighbor. About 20 percent of respondents to a survey released last week by the public broadcaster KBS said they had a positive feeling about North Korea. Last year barely 2 percent expressed such optimism. Thirty-five percent of respondents said they had a negative feeling about North Korea — down from 53 percent from a year ago.

Barely 20 percent of respondents, however, said they believed unconditionally that the Korean Peninsula should be reunified, and just over 45 percent would back reunification if there were no excessive burdens placed on the South. Support for a single Korea has never been so low: The willingness to reunify is rapidly decreasing — especially among people who are younger than 29. Pollsters believe that South Korean youths perceive the North as a foreign country and reunification as an economic burden. The generation who remembers a united Korea is rapidly dying out.