Trump-Kim summit: Big win for North Korea and China, small one for US | World | Breaking news and perspectives from around the globe | DW | 12.06.2018

The historic summit between US President Donald Trump and North Korean leader Kim Jong Un was a success — primarily for Pyongyang and Beijing. But there was also a silver lining for Washington. 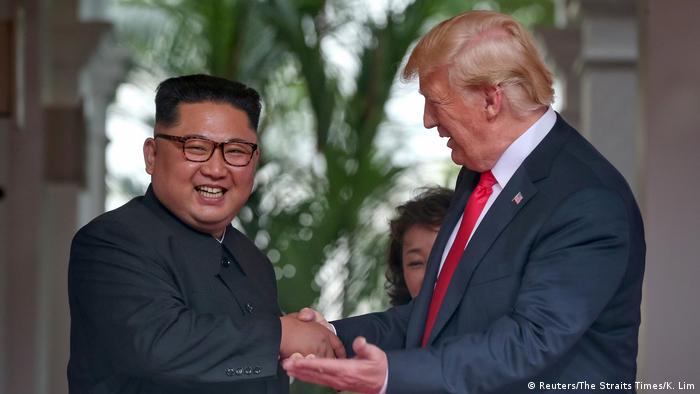 Was the summit successful?

The meeting between Donald Trump and Kim Jong Un was certainly historic: Never before had a sitting United States president met a North Korean leader. Just that fact alone — that the head of the most powerful country in the world traveled across the globe for a summit with the leader of a country long considered a pariah state in the West — can be chalked up as a victory for Kim.

"Kim scored a huge propaganda win,"according to Abraham Denmark, who until last year served as the US deputy assistant secretary of defense for East Asia and now works as the director of the Asia Program at the Wilson International Center for Scholars. To appear on the world stage with Trump flanked by North Korean and American flags bestowed legitimacy upon the Kim regime, which is something it has craved for decades, he said.

Even more than that, Kim not only managed to hold a summit "where he was viewed as an equal by the US president, but his willingness to engage in diplomacy is likely to make it harder to maintain sanctions, particularly Chinese and Russian enforcement," said Miles Pomper, a nuclear security scholar at the Center for Nonproliferation Studies.

Coupled with Washington's promise to suspend military exercises in South Korea, which Trump described as "provacative" — using Pyongyang's rhetoric — it was a successful day for Kim.

"All in return for vague and old promises of denuclearization on North Korea's part," said Pomper.

The announced suspension of military exercises, a long-term Chinese goal, will also be viewed as a success in Beijing, added Denmark.

And while it was certainly positive for the world that Trump and Kim talked instead of fighting or insulting each other, underscored both Denmark and Pomper, the immediate beneficiary of the summit was clearly Pyongyang.

Aside from the fact that the meeting started a fresh round of dialogue with North Korea, there was also a more tangible success for the US. Trump and Kim in their meeting agreed to recover and return the remains of US soldiers from the Korean War. "That is an unvarnished good and a very good development for thousands of American families," said Denmark.

But the jury is still out whether the US will be able to claim success on its key issue — the Trump administration's stated goal of North Korea's denuclearization. This will depend "first, on whether North Korea continues its suspension of nuclear and missile tests and, most importantly, whether North Korea takes significant denuclearization steps in follow-on negotiations," said Pomper. "Short of further progress, Trump risks having legitimized North Korea as a nuclear weapons state in return for a photo op."

How significant is the agreement signed by Trump and Kim?

Not very, believes Pomper. "It's not a comprehensive agreement and it falls far short of other previous agreements in scope and detail," he said. "At best, it's an agreement to negotiate."

The statement is vaguely worded and short on specifics, meaning its significance stands in stark contrast to the historic summit. "It offers no details, no verification, no timeline and no new commitments," said Denmark. 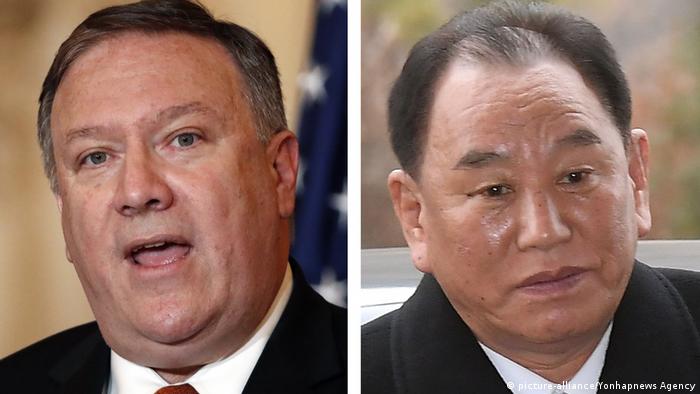 Essentially, the high-profile summit just marked the kick-off of what is likely to be a difficult and drawn-out negotiation process. Put differently: Now the hard work begins.

"The real negotiations will hopefully begin and we will find out if there is a combination of security guarantees and economic aid that Trump will be willing to offer and that will be sufficient for North Korea to part with its arsenal," said Pomper. "Judging by Trump's post-summit actions, that price may well include a much diminished US-South Korea alliance — a longterm goal of both North Korea and China."

The devil will be in the details, said Denmark, as Secretary of State Mike Pompeo will soon begin the tough negotiation process to flesh out the vague commitment of denuclearization Kim gave in the joint agreement. He added that if the US and North Korea could eventually reach an agreement that fulfills the goal of Pyongyang's denuclearization, then the Trump-Kim summit will be viewed as a truly historic event that was worth the risk. If not, and the two countries return to the dangerous status quo, it will likely be seen as just another one of Trump's publicity stunts.