Over the past month, Germany has seen the arrival of about 300,000 displaced Ukrainians. This is just the beginning, but the organizational challenges are already mounting. 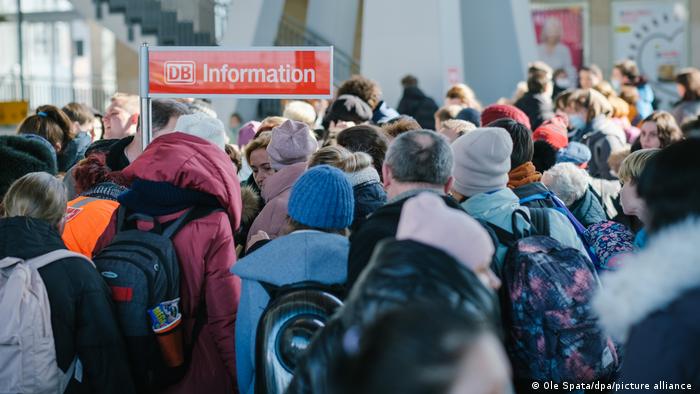 Hanover has become a central point for refugees from Ukraine

Alyona and Denys decided to flee Kyiv on the eve of the war, sitting on packed suitcases in their fourth-floor apartment on the outskirts of the Ukrainian capital. When it got dark, the young couple boarded a bus and traveled west. At 4 a.m., they got a call from Denys' mother: She was still back in Kyiv, and could hear the first explosions.

A few weeks later, Alyona and Denys are in the central German city of Hanover. They tell their story seated at a table in a refugee center, where more and more people are arriving every day. The facility has been set up to relieve the pressure on a center in Berlin that has been the main destination for Ukrainian refugees. Another facility has been set up in Cottbus, near the Polish border.

It's 2:37 p.m., and a train has just rolled in from a town on the German-Polish border. Helpers give each of the 285 passengers a protective FFP2 face mask, bottled water and a sandwich as they disembark. Nearby, those who are continuing their journey can pick up tickets at three temporary counters. In the station's main hall, representatives from mobile phone carrier Vodafone are handing out free SIM cards. Within 20 minutes, the new arrivals have all left the train station.

Those arriving in Hanover have three options: They can board a different train and travel on, they can rest in the refugee center nearby, or they can travel onward by bus to a destination that will be determined by German authorities.

Alyona and Denys arrived in Hanover by bus from Poland. The 23-year-olds don't yet know where they want to go next, so they haven't yet registered with the German authorities.

Because of the circumstances, Ukrainians don't have to do that anywhere in the European Union at the moment. They can enter with their biometric passports, and don't need a visa. Since the start of the war four weeks ago, Germany has registered around 300,000 displaced persons from Ukraine.

Further west, in Cologne, Krystyna Wierzbicka usually works full time in a laboratory. These days, however, the 54-year-old spends most of her time as a volunteer, helping refugees to fill in official documents and accompanying them to government offices.

Last week, she recalls, she took three women who fled Lviv to the immigration office to apply for a temporary residence permit. They stood in line for six hours, but before it was their turn, the counter closed for a lunch break. Wierzbicka says she cannot understand why, in such an emergency situation, the office sticks to its usual opening hours.

Wierzbicka is part of a group helping refugee women called  Sei Stark e.V., which translates to "Be Strong." She says the volunteers are constantly having to pay for food, medication and other necessities. Refugees are entitled to financial assistance once their own savings have been used up, but they sometimes have to wait for two weeks to get an appointment at the social welfare office.

A pat on the back from politicians

"A state functions not only through its authorities, but also through civil society. That's good, that's gratifying," Wede Büchner, of the Interior Ministry, recently told journalists.

Politicians on the federal level haven't missed an opportunity to thank municipalities and volunteers, with Interior Minister Nancy Faeser emphasizing that it's all about "helping in an unbureaucratic way."

When she hears that, Emitis Pohl gets angry. She set up the "Sei Stark" network in Cologne and coordinates the work of 15 volunteers, among them Wierzbicka, who organize housing and translations, and help refugees deal with bureaucracy. Every day, she says she gets calls from real estate agents offering vacant apartments. The city, however, has not been able to find a swift and simple way to cover the rent.

"The authorities should, for once, consider the situation from a human perspective, not administratively," she says. "Our donors appreciate our association because we act quickly and are unbureaucratic." 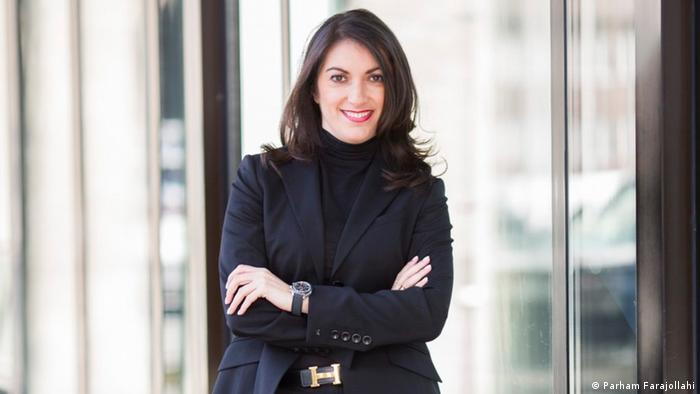 Emitis Pohl has taken matters into her own hands

According to the UN Refugee Agency, an estimated 3.6 million people have left Ukraine since the war began. German Foreign Minister Annalena Baerbock expects that number to rise to 8 million.

Politicians are trying to prepare for this scenario, but much is still unclear. Funds for accommodation and transport, social benefits and the cost of running the new registration centers, supported by Bundeswehr soldiers — it's not yet known who will pay for all that.

Berlin Mayor Franziska Giffey has said that about two-thirds of all refugees from Ukraine have been able to find accommodation through private channels. But so far, there has been no word on reimbursements, or financial assistance for volunteers.

Finally, there is the issue of redistribution. So far, Germany has been allocating refugees among the 16 states by taking tax revenue and population size into account. But states and municipalities are already feeling overburdened, and the calls for a European-wide mechanism for redistribution are growing louder.

In Hanover, Alyona and Denys are considering their next steps. They can still afford a cheap hostel, but they're longing for a little more privacy, their own bathroom — something that resembles normal.

For Ukrainian refugees reaching Germany, finding a place to stay represents a daunting challenge. A businessman in Berlin has set up the accommodation platform everybedhelps.com to address this issue.

German schools want to make sure that Ukrainian refugee children do not lose out on education. But, after two years of the coronavirus pandemic, the system is already overstretched.

The Polish, Czech and Slovenian premiers visited Kyiv as a show of solidarity with Ukraine. A sign of courage with huge symbolic force, says DW's Bartosz Dudek.