The military alliance has urged Russia to be "transparent about its military capabilities" on its border with Ukraine. Meanwhile, Germany has called on Moscow to exercise "restraint." 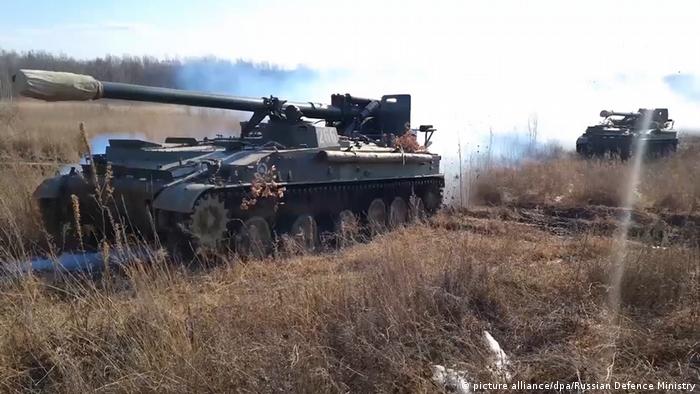 He also vowed that the trans-Atlantic defense alliance will stand with Kyiv in the face of any potential Russian aggression.

What did Stoltenberg say?

"NATO remains vigilant. We are monitoring this situation very closely," Stoltenberg said following a meeting with Ukrainian Foreign Minister Dmytro Kuleba. "Any further provocation or aggressive actions by Russia would be of serious concern. We call on Russia to be transparent about its miltiary activities."

Ukraine has estimated that as many 100,000 Russian troops are present in the border area, which Stoltenberg called "dangerous."

"We see an unusual concentration of troops, and we know that Russia has been willing to use these types of military capabilities before to conduct aggressive actions against Ukraine," the NATO chief said.

The foreign ministers of Germany and France released a joint statement in support of Ukraine after meeting with Ukrainian Foreign Minster Dmytro Kuleba. The meeting took place on the sidelines of the Eastern Partnership foreign ministers meeting in Brussels.

"Germany and France are steadfast in their unwavering support for the independence, sovereignty and territorial integrity of Ukraine," the statement read in part.

Germany and France also "call on Russia to adopt a posture of restraint and provide transparent information about its military activities."

Meanwhile, Germany called on Moscow to exercise "restraint" in the border region.

"In order not to further aggravate an already tense situation, it's important for Russia to exercise restraint with regards to military activities and movements," German Foreign Spokesperson Christofer Burger told journalists on Monday. "We are watching these military activities by Russia with concern."

Germany and Russia: It's complicated

The UK also commented on the escalating situation, and called for solidarity with Ukraine.

"We are seeing a concerning situation at that border. We remain in unwavering support for Ukraine's territorial integrity and will continue to support them in the face of Russian hostility," a spokesperson for Prime Minister Boris Johnson said.

The US and France previously discussed the buildup on Sunday. Western countries are particularly concerned that Russia may attempt to invade Ukrainian territory, similar to the Kremlin-backed takeover of the Crimean Peninsula in 2014.