Ukraine has cut off the supply of electricity to an eastern part of the country controlled by pro-Russian separatists, saying bills need to be paid. Now, Moscow is stepping in. 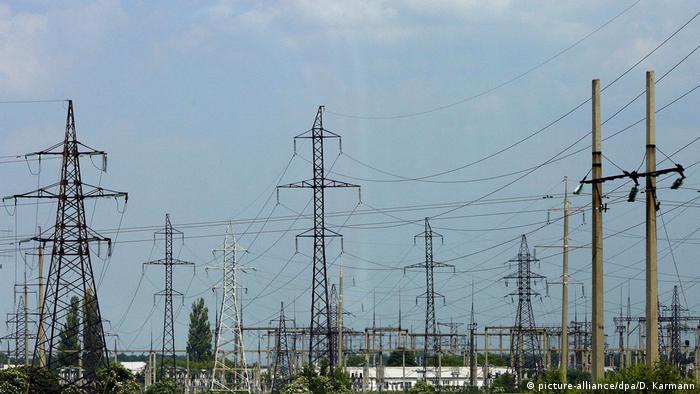 Russian officials announced on Tuesday they were supplying electricity to rebel-held areas in Luhansk one day after Ukraine said it was cutting off the supply in response to unpaid bills.

"Cutting the power supply to the Luhansk region is yet another step by Ukraine to push those territories away," Kremlin spokesman Dmitry Peskov said in Moscow.

Peskov said the decision was made in order to keep an estimated 3 million people out of darkness, though it did not specificy how or when the electricity would be supplied.

Fighting has been ongoing in eastern Ukraine since Moscow annexed Crimea in 2014. Yet, despite the fact that some 9,000 people have been killed in the violence, local factories and coal mines situated on different sides of the front lines have continued cooperating.

Ukraine said it was cutting off the power because Russia-backed separatists in the Luhansk and Donetsk regions were 11 billion hryvnias ($431 million, 395 million euros) in debt over their power supply.

"This past night, we completely halted energy supplies to the temporarily uncontrolled portions of the Luhansk region," Vsevolod Kovalchuk, head of the Ukrenergo state power distribution company, wrote on Facebook. Parts of the aforementioned territories were taken over by what Western governments believe were Russian soldiers and allied local fighters in 2014.

Georgiy Tuka, Ukraine's deputy minister for occupied territories, said Kyiv was expecting Moscow to step in to help those affected by the power cuts.

Russia's Channel One will not be broadcasting the Eurovision Song Contest this year, the state-owned TV channel has said. They accused the Ukrainian hosts of trying to politicize the show by banning Russia's candidate. (14.04.2017)