The UK has vowed to increase its nuclear stockpile and work closer with Asian allies after the government published a review of British foreign policy. The report labels Russia as the UK's biggest threat. 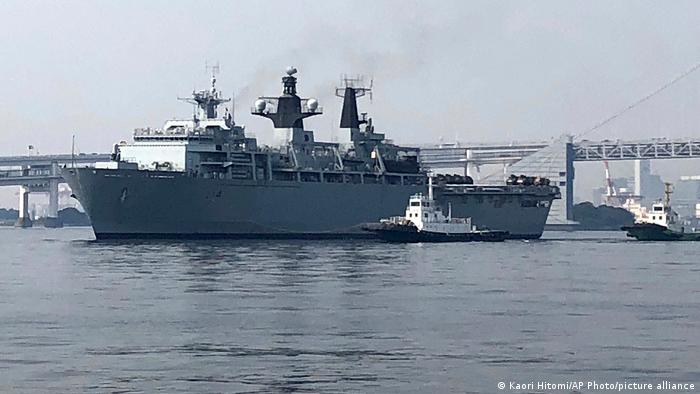 A UK amphibious assault ship in Tokyo. Britain hopes to work closer with Japan and other Asian allies to curb China's global influence.

The United Kingdom vowed to increase its nuclear warhead stockpile and boost alliances with Asian allies on Tuesday, after the government conducted a review of foreign policy. The 100-page Global Britain in a Competitive Age report has been characterized by Downing Street as the government's "most competitive articulation of a foreign policy and national security approach" in decades.

The review calls for Britain to increase its cap on warheads from 180 to 260 by the middle of the decade in order to counter threats from Russia and China. The report labeled Russia "the most direct threat" to Britain.

"History has shown that democratic societies are the strongest supporters of an open and resilient international order. To be open, we must also be secure. Protecting our people, our homeland and our democracy is the first duty of any government," Prime Minister Boris Johnson wrote in the introduction to the review. 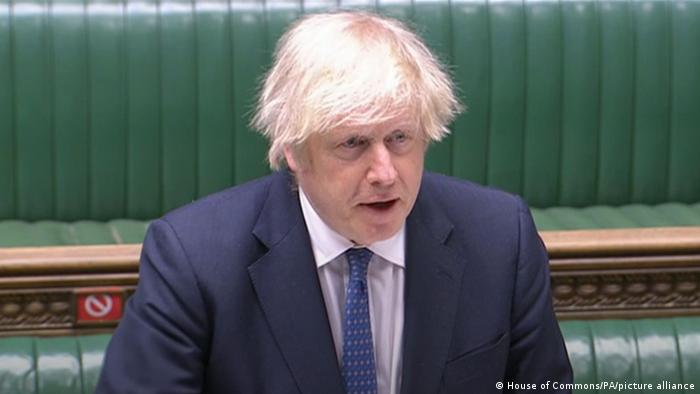 Meanwhile, Oliver Meier, from the University of Hamburg's Institute for Peace Research and Security Policy, joined the chorus of disapproval as he told DW that the UK is dramatically shifting its nuclear strategy while potentially putting it at odds with both NATO and the US.

"The United Kingdom has committed to — under the Nuclear Non-Proliferation treaty — reducing the number and role of nuclear weapons," Meier said.

"There's also an obligation to work towards a goal of a nuclear weapons-free world that is hard to reconcile with this decision."

The report also labels China a "systemic competitor" and says the UK must work more closely with Asian partners such as South Korea, India and Japan.

"There is no question that China will pose a great challenge to an open society such as ours, but we will also work with China where that is consistent with our values and interests," Johnson told Parliament on Tuesday. The review said the UK must "remain open to Chinese trade and investment."

Johnson is slated to visit India in April. The UK has applied for partner status at the Association of Southeast Asian Nations (ASEAN).

In addition to boosting its nuclear stockpile and deepening ties with Asian partners, the UK has also laid out new strategies to boost its cybersecurity and counterterrorism capabilities.

Can nuclear energy help us meet climate goals? The editor of the World Nuclear Industry Status Report, Mycle Schneider, says no. He explains his stance to DW.

It's been 10 years since an earthquake and tsunami triggered a meltdown at the Fukushima nuclear plant. Japan is holding nationwide commemorations to remember the thousands who died.