It's been 10 years since an earthquake and tsunami triggered a meltdown at the Fukushima nuclear plant. Japan is holding nationwide commemorations to remember the thousands who died. 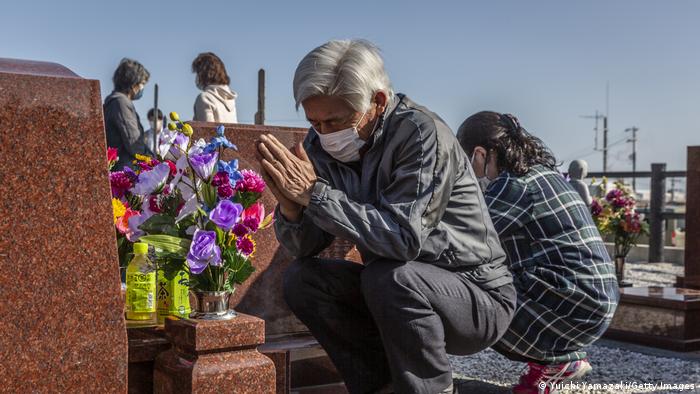 People said prayers for those who died in the deadly tsunami

Japan has marked 10 years since an earthquake caused a tsunami to strike the country's northeast coast, triggering meltdowns at the Fukushima Daiichi nuclear power plant.

It was the worst natural disaster in the country's living memory. Around 18,500 people were killed or left missing.

How Japan commemorated the disaster

Survivors prayed for the victims and remembered their loved ones. 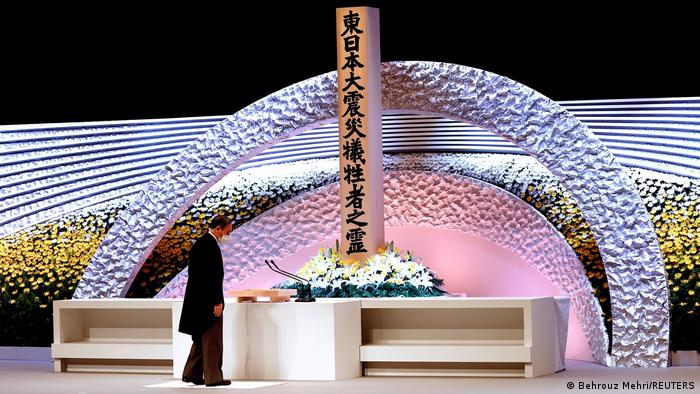 Emperor Naruhito also expressed his condolences and said Japan had to build a stronger nation for the future.

What happened during the disaster

The magnitude 9.0 earthquake — one of the strongest temblors on record — struck offshore and generated a towering tsunami that reached land within half an hour.

A wave as high as 19 meters (62 feet) was recorded in the coastal town of Miyako in Iwate prefecture.

In Miyagi prefecture, the tsunami swept as far as 6 kilometers (3.6 miles) inland.

The tsunami in total devastated around about 400 kilometers (240 miles) of coastline. 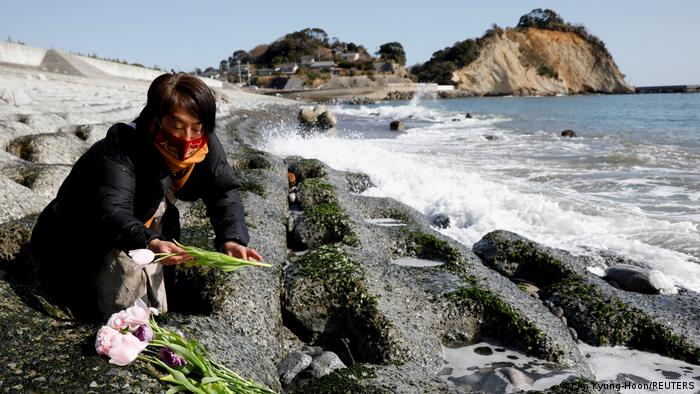 People placed flowers to mourn the victims of the earthquake and tsunami in Iwaki, Fukushima prefecture

Lasting impact of the Fukushima disaster

Nearly half a million people were displaced across the northeastern region. Ten years later, 42,565 people, including 35,725 from Fukushima, still haven't been able to return home.

Much of Japan's northeastern coastline has been fortified with enormous concrete seawalls as high as 15 meters (50 feet). When completed, the total length will be 432 kilometers (270 miles). 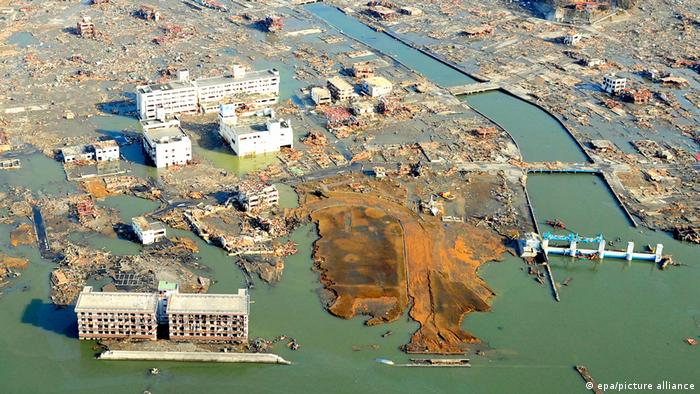 This picture, taken two days after the disaster, shows the tsunami-devastated Kamiishi city in Iwate prefecture

No-go zones remain in nine Fukushima municipalities surrounding the wrecked nuclear plant. This accounts for 2.4% of prefectural land, down from more than 10% in the initial no-go zone.

About 14 million tons — enough to fill 11 enclosed baseball stadiums — of radioactive soil, trees and other waste from around Fukushima remain in waste bags piled at temporary storage sites.

Around the world, the disaster prompted some countries to reconsider nuclear power. Several months later, the German parliament voted to phase out atomic energy completely by the end of 2022.

Cost of recovery for Japan

The government has spent 32 trillion yen ($295 billion/€247 billion) on the region's recovery. This includes funds for the construction of roads, seawalls and houses, and support for people's livelihood.

Tokyo Electric Power Company, the operator of the destroyed plant, has said its costs will total 21.5 trillion yen. This will cover decommissioning the nuclear power plant in the coming decades, compensating evacuees and decontaminating radioactive materials outside the plant.