None of the four proposals tabled in Parliament found a majority in the latest round of non-binding votes. The UK has less than two weeks to find a plan for its departure from the EU, or it will crash out without a deal. 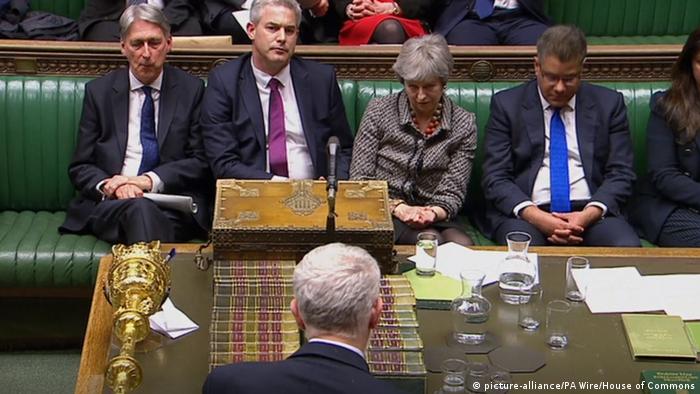 British parliamentarians on Monday failed once again to find a majority for an alternative plan to the government's Brexit deal.

The current divorce deal with the European Union, put forward by Prime Minister Theresa May, has failed twice in parliament in its entirety, and again last week as a partial vote.

An earlier round of "indicative votes" on eight options last week failed to secure a majority for any of them.

If she cannot finally push the deal through, May has until April 12 to request a longer extension to find a new plan or leave the EU without a deal.

House Speaker John Bercow selected the following options from a list of eight:

Option G (Joanna Cherry): Give parliament a final vote to avoid no-deal and revoke Article 50 as a last resort. REJECTED by 191 - 292

The House voted 322-277 for the debate to continue into Wednesday, when further "indicative" votes will be held.

Lawmaker Nick Boles, who put forward the Common Market 2.0 proposal, resigned from the governing Conservative party in the immediate aftermath of the vote.

"I have failed chiefly because my party refuses to compromise," Boles said, adding that he regretted that he could no longer be part of the party.

What will the government do next?

A five-hour Cabinet meeting is to be held on Tuesday, which commentators in London suggest could include planning for a general election.

On Monday afternoon, the prime minister met with 170 Conservative MPs who wrote to her demanding the UK leaves the EU "with or without a deal" on April 12.

Brexit Secretary Stephen Barclay said that the government would continue to seek support for a "credible" plan for leaving the EU. "This house has continuously rejected leaving without a deal just as it has rejected not leaving at all," he said. "Therefore the only option is to find a way through which allows the U.K. to leave with a deal." 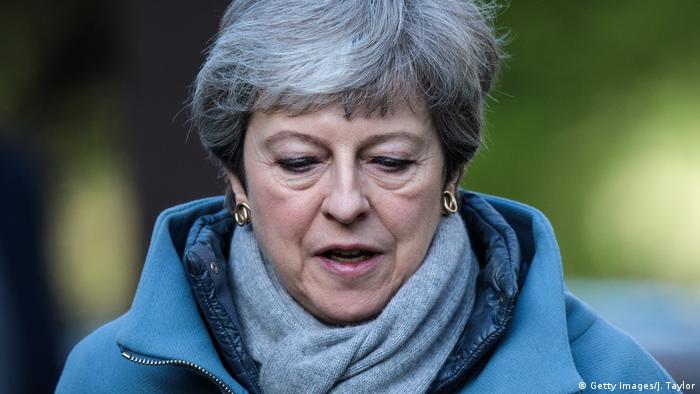 Theresa May's deal has faced opposition from all sides, including from within her own party

What the opposition parties said

The leader of the main opposition Labour party called for another debate on the four options that were defeated.

In response to the votes, Jeremy Corbyn said: "If it's good enough for the prime minister to have three chances at her deal, then I suggest the house has a chance to consider again the options that we had before us today in a debate on Wednesday, so that the house can succeed where the prime minister has failed in presenting a credible economic relationship with Europe for the future that prevents us crashing out with no deal."

"It is crystal clear to us from Scotland that our votes in this house are disrespected ... and the day is coming where we will determine our own future and it will be as an independent country," he said.

The view from Europe

The next deadline for setting out the way forward with the EU falls on April 12. If it does not a present a plan, the UK could fall out of the bloc without a deal.

On Tuesday, the EU's Brexit negotiator Michel Barnier, said that the likelihood of a no-deal Brexit is "day after day more likely" but there is still the possibility of the UK asking for a longer extension.

The head of the EU's executive stressed on Monday that according to EU rules, the UK would have to take part in European Parliament elections if it stays in the bloc beyond that date.

"Whether I want that is another question," European Commission chief Jean-Claude Juncker told reporters in the western German city of Saarbrücken.

Guy Verhofstadt, Brexit coordinator for the European Parliament, tweeted after the vote that a hard Brexit was now almost "inevitable."

The UK head of German industrial giant Siemens, Jürgen Maier, on Monday urged British lawmakers to back a customs union with the EU, saying this would allow the frictionless EU-UK trade that many companies need for stability in their business dealings.

Maier said the political chaos in the UK was making the country a "laughing stock" and impeding the investment decisions needed for businesses to function properly.

Read more:Brexit: Germany's extra-special wish for the UK to stay

The road to Brexit has been a never-ending saga with so many twists and turns. Here's an overview of how it all started as the race to reach a last-minute deal between the UK and EU continues.