Brexit: Germany's extra-special wish for the UK to stay

Germany will probably be the EU member state that misses Britain the most, according to one of Angela Merkel’s former ministers. Norbert Röttgen told DW Brexit was "a disaster," and suggested a rethink. 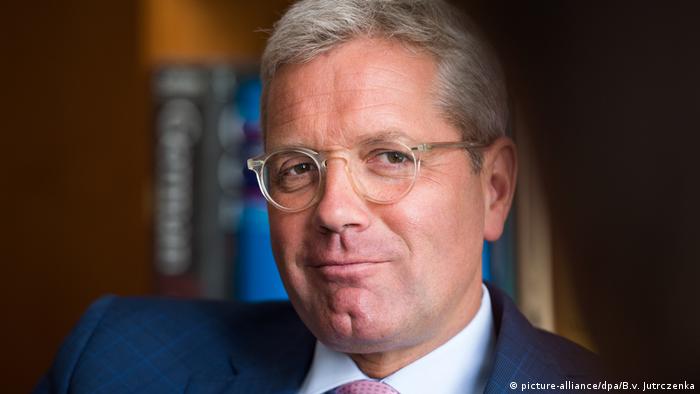 Germany would probably miss Britain more than other members of the EU 27 when, and if, Brexit finally happens.

With the Brexit process stalling ahead of a third vote on Theresa May's withdrawal deal, Röttgen told DW he still hoped that Brexit might not happen.

"We know the high and valuable contribution of Britain to the European Union. Perhaps Germany even more than others do," the former environment minister explained.

"So our wish is clear. But our respect is also clear. It's up to the British people or Britain to this country to decide about its own future."

The British electorate voted by 52 percent to 48 percent in favor of leaving the EU back in June 2016. However, the Brexit debate has raged on since then with no clear agreement in the UK parliament about how the vote should be interpreted.

Röttgen told DW's Birgit Maass that, in his opinion, a second referendum could help resolve the issue once and for all.

"My view has always been clear. I consider Brexit a disaster and even more so given the geo-political developments and upheavals and unravelling."

"Given the paralysis of the institutions and the system, I would say there is only one, one approach to reconcile and come to a conclusion and this means giving it back to the people who started this process, who took the decision."

Röttgen was among a group of leading German figures who in January wrote an emotional open letter to Britons, saying that the door to the EU would always remain open.

Signatories included Annegret Kramp-Karrenbauer, Merkel's successor as leader of the conservative Christian Democrats, along with other politicians, industrialists and artists.