The UK government is to hold a third vote on Theresa May's Brexit deal - but not on the political declaration. The House Speaker has allowed the vote, but it is still a question if the government has the numbers. 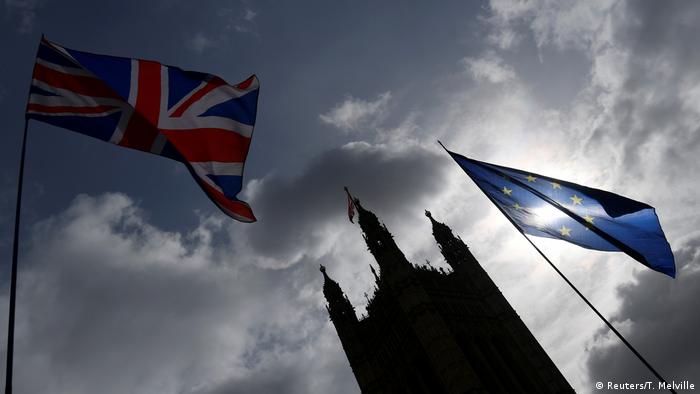 The British government's plan to hold a third parliamentary vote on Prime Minister Theresa May's Brexit deal on Friday has been approved.

House Speaker John Bercow said MPs would vote on a motion to approve the Brexit withdrawal agreement, which sets the divorce terms. Unlike the two meaningful votes already held, it will not cover the political declaration which deals with the future relationship between the UK and the European Union.

Leader of the Commons Andrea Leadsom said that the vote on Friday would not count as a meaningful vote on the whole Brexit deal.

Opposition leader Jeremy Corbyn said his Labour party would not vote for the deal describing it as "the blindest of blind Brexits." The key Northern Ireland party which props up May's government said on Thursday it would vote against the motion.

The UK Parliament has struggled to find a way forward after twice rejecting May's deal, but it has also failed to reach a majority in favor of an alternative plan.

What the government said

Leader of the Commons Andrea Leadsom pointed out that leaders at an EU summit last week had granted an extension provided that the deal was agreed to this week — by the deadline on which Britain was originally supposed to leave.

"The only way we ensure we leave in good time on May 22 is by approving the withdrawal agreement by 11 p.m. on March 29," she said.

To get her twice-defeated deal through Parliament, May will need to win over at least 75 MPs.

May is banking on increased support from her own MPs, but there still appears to be some resistance within the Conservative Party.

When Parliament voted on alternative Brexit options on Wednesday, 93 of May's Tory lawmakers voted against delaying the March 29 Brexit date. In a vote on whether to leave with no deal, 157 Conservatives defied the government by voting in favor.

At least 20 Conservative rebels have indicated they would now support her deal, including leading Brexit figureheads Boris Johnson and Jacob Rees-Mogg. However, about 15 reportedly said they would never support the deal, making May’s chance of getting the deal approved all the more elusive.

So are there any alternatives?

MPs on Wednesday rejected eight non-binding motions on alternatives to May’s Brexit deal after a move to wrest control of the parliamentary agenda from the government.

A second round of votes to find a Brexit plan with majority backing, with the number of options whittled down, is planned for Monday.

The idea of staying in a customs union with the EU came closest to winning a majority, with 264 voting in favor and 272 against. The most popular option was to hold a second referendum for any deal approved by Parliament, backed by 268 but opposed by 295.

Both ideas got more support than the 242 votes secured by May's Brexit deal earlier this month.