Brexit: In multicultural east London, locals look to future with fear | Europe| News and current affairs from around the continent | DW | 25.03.2019

In trendy Shoreditch, locals point out how Brexit could impact everything from art to health care to small businesses. Some worry for their own jobs, while others worry about whether they can stay in the country. 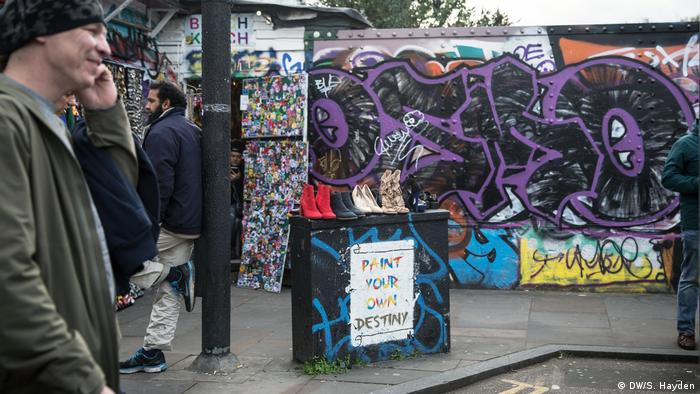 Brick Lane, in east London, has long been known for its multiculturalism, and more recently, rapid gentrification. Vintage stores border with curry houses, a vegan market and an infamous cereal cafe, which was targeted by activists during protests in 2015.

Now there's another growing topic of anxiety, as locals who work and live there struggle to understand what Brexit could mean to their way of life.

Queuing at a stall for "Dutch pancakes" is Linda Richmond, 60, who says she's just applied for an Irish passport, thanks to family ties. Richmond says she feels "frightened. I don't know what's going to happen."

She works as a palliative care nurse in a hospice, and is concerned about medication not being available for her patients when they need it. 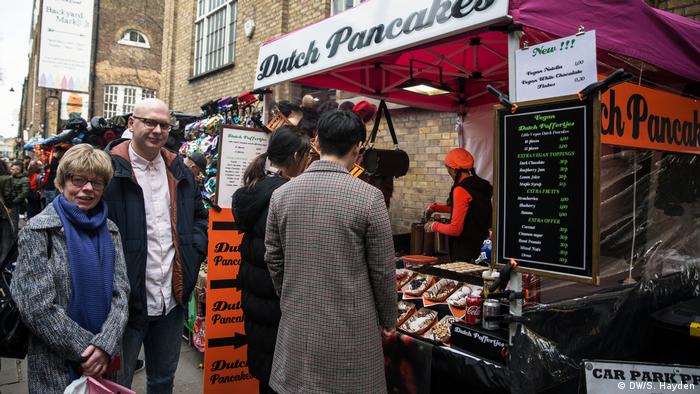 Linda Richmond (left) says she has applied for an Irish passport

Her 25-year-old son, Christopher, is a teacher who would like to work abroad. "We want to be part of a big group of countries rather than be out on our own," he says.

Tareq Iqbal, 30, is standing in the door of Preem, the curry restaurant his family has owned for nearly five decades. He had already worked a shift at a supermarket, before coming here to help drive sales.

"We want Brexit, but we want a good deal," he says.

But whatever happens, he thinks the UK will be OK. "Britain is not a third-world country. There is no worst-case scenario. Britain is capable to run [itself] without anyone. You know Japan, China, most of the Commonwealth countries are growing too. If Britain collaborates with them, Britain will be the most rich country," he says. Tareq Iqbal believes Britain will be fine outside the EU

In Brick Lane's Gallery S O, manager Katharina Dettar says she thinks Brexit is "bullsh*t." The 30-year-old is German and Spanish, and her gallery represents artists from both the UK and abroad. "Of course, if the economy means funds are being cut, that has a big impact. If the pound drops, we still pay a big part of our artists in euro, so this might raise the prices here."

Gallery S O recently ended an exhibition one week early to ensure Europe-bound artworks could clear customs before March 29, in case a no-deal Brexit goes ahead. "We didn't want to have these precious and expensive pieces trapped in customs while we don't know what's going to happen," says Dettar.

She also believes Brexit will impact the arts scene more broadly. "The reason why this gallery is based in London is because of its internationality and the cultural scene. I think this all fits with gathering people together from many backgrounds," she says. "With Brexit that might not happen, they might just all leave, so what's left for London's cultural arts scene? I don't know." 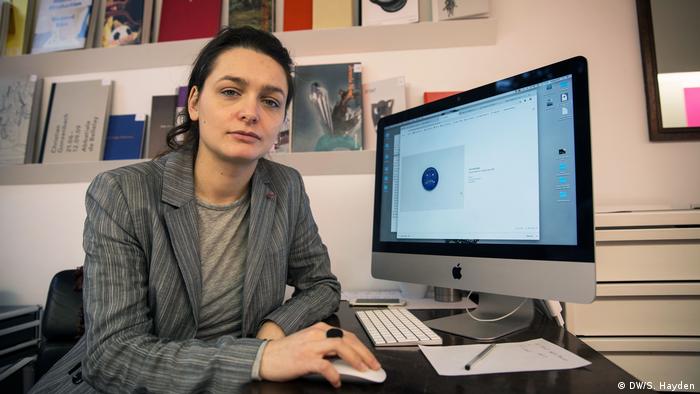 Outside on the street, Andy, 23, calls Brexit "stupid." A Polish economist who grew up in Spain, he says, "Britain will never be as well off as it could be if it remained, so I'm still hoping for a second referendum."

"You can compare it to [going] to a restaurant," Andy continues. "They give you a choice of a fish and a steak. You choose the fish, and they tell you that you can get either poisonous fish or garbage fish. [Then] you'd be into going back to that initial choice and choosing a steak instead."

Standing at his stall in a market that opens off Brick Lane, Stacey Anguilet, a 31-year-old from London, called Brexit a "pain," saying he doesn't feel the UK government has properly consulted the general public on the ongoing negotiations. People on middle or lower incomes aren't the ones making decisions, he said.

He said costs are piling up for businesses, such as his, that rely on both importing ingredients and exporting product. "The workload has definitely increased. The day-to-day activities we do are impacted, because half the business is focusing on how to save money."

Like others, Anguilet said people voted in the 2016 EU referendum based on their views of immigration, but didn't appreciate what might actually happen next.

"The face of Britain is disfigured by Brexit. My German friends used to say they thought we were ordered and now they realize we're just as chaotic as they are."