Canvey is an island within an island; an 18-square-kilometer (7 square mile) chunk of land off England's eastern coast. More than 70 percent in this area voted to leave. Morgan Meaker reports. 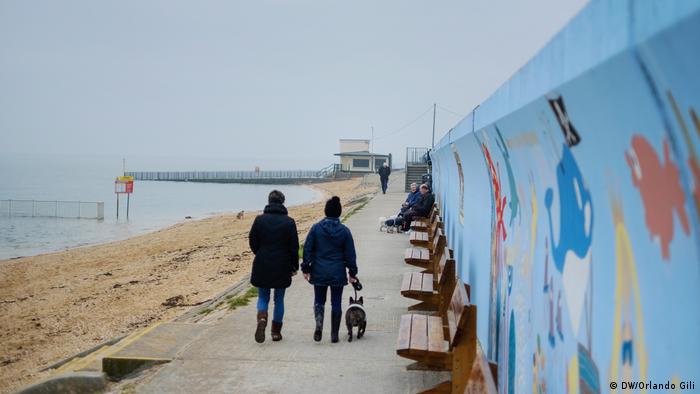 "It's nice," says Robert who has lived on Canvey Island for almost three years. "Everyone is friendly." Early on a Saturday morning, the seaside promenade is clogged with dog walkers who stop to chat to each other and say good morning; they all know each other's names.

The three roads onto Canvey in Essex barely register the network of rivers that separate the island's marshes from the mainland. Just an hour's drive from London, Canvey's island status is more a state of mind — a geographic technicality that binds its residents together.

"There's a very strong community spirit here," says Joel Friedman, leader of the small Orthodox-Jewish community that moved to Canvey two years ago. "There's a sense of ownership, particularly because it's an island, people feel in it together."

The island escaped the fate of many British seaside towns that slid into deprivation as Brits took advantage of cheap flights to Europe instead of holidaying at home. Unemployment is low, as is immigration. In the center, the town is clean, mostly affluent, there are palm trees in people's driveways. Central Canvey's sea walls — that protect the town from floods — have been painted sea blue with murals explaining the local history. 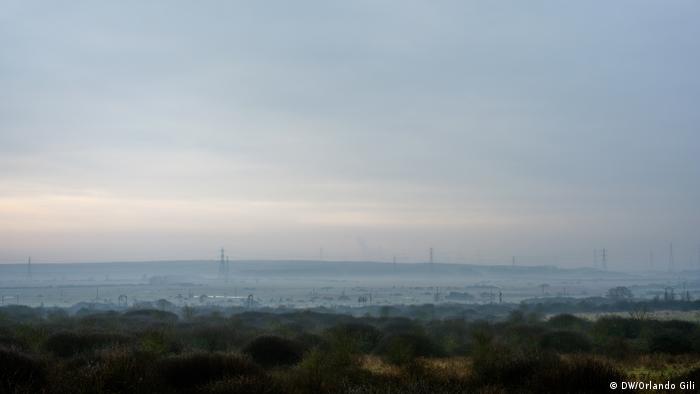 Brexit discontent lurks beneath the surface

The year before the Brexit vote, just 81 foreign nationals were registered as newcomers to the island, which has around 40,000 residents. That led one British newspaper to use Canvey to illustrate a theory that it was fear of immigration — not immigration itself — that made many communities vote Leave. 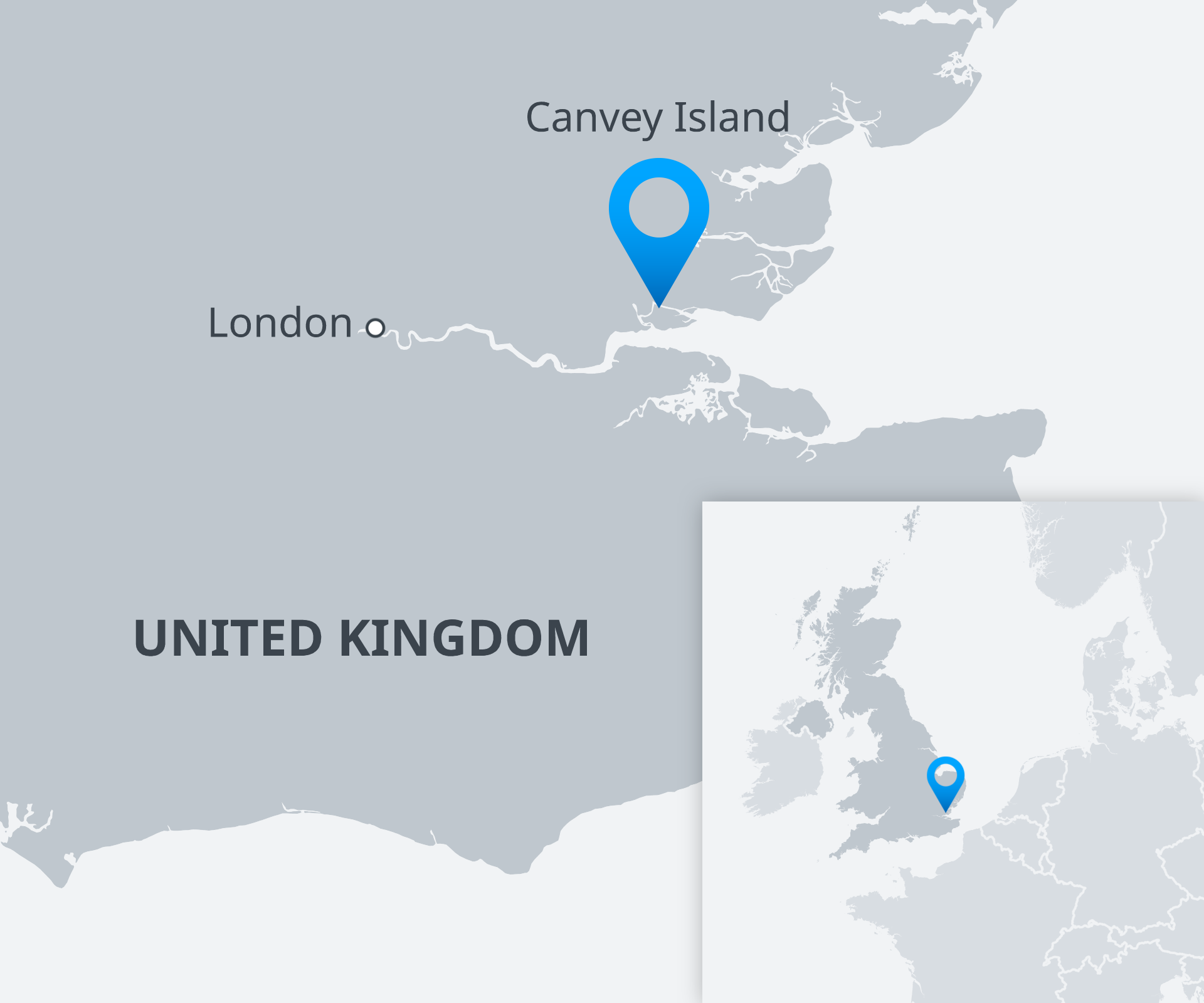 But the focus on immigration is a point of frustration for Canvey's residents. "It's not about that," says local politician Dave Blackwell. "We haven't got any immigrants! It's all about being told certain things by Europe, rules and regulations you've got to follow. We want to make our own decisions." 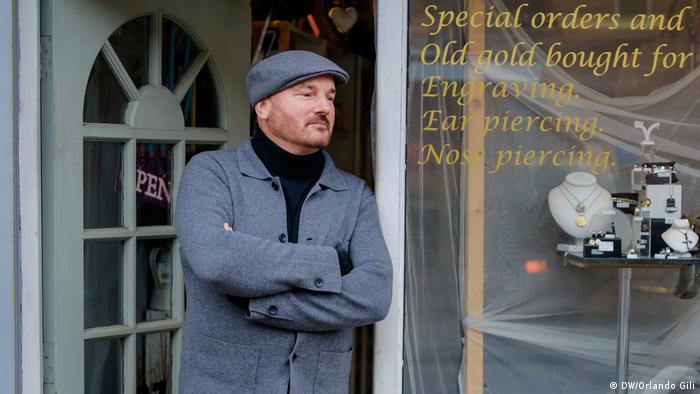 Canvey resident Colin leans against the doorway of his jewelry shop, waiting for a friend to deliver lunch. "For the people I know who voted leave, immigration is not high on the agenda," he says. "Personally, I don't like bureaucrats in other countries telling us what to do. We can remember when we were self-governing. We've always controlled ourselves, we've managed fine."

Independence from the mainland

This craving for more control extends beyond the Brexit debate. Blackwell is a member of the local council, but he also runs the Canvey Island Independent Party (CIIP) that leads a campaign to break away from the local government that has jurisdiction over the island's 40,000 residents, as well as 40,000 more on the mainland.

His independence campaign represents the British installment of a Europe-wide backlash against the international community and "establishment" politics — also seen in Germany and France.

CIIP is popular on the island — 14 of its members sit within the local Castle Point government. Peter, who's lived here for more than 50 years, says: "The Independent Party look after the island." His friend, Maureen, agrees. "The mainlanders treat us like second class citizens." 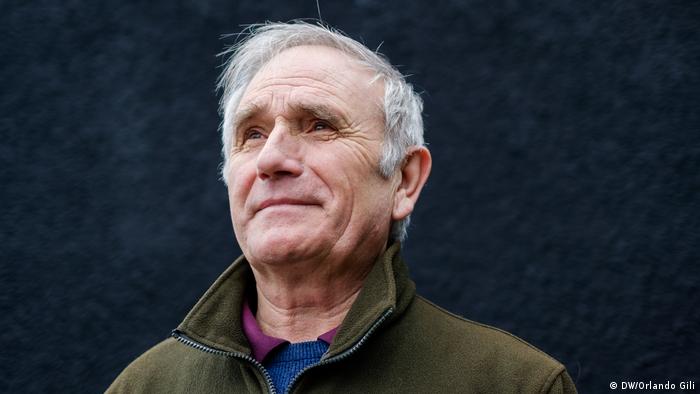 As central government cuts affect the capabilities of local police, residents have begun policing the island themselves with volunteers patrolling the streets — trying to dissuade teenagers from throwing eggs at houses.

That confidence in the community's ability to solve its own problems has leaked into the Brexit debate. At a local football game, painter and decorator, Mark, says: "I feel as though the UK would be better off out of the EU. In the long run, business would be better, we could strike better trade deals when we're out."

Matthew Goodwin, political scientist and co-author of the 2018 book "National Populism: The Revolt Against Liberal Democracy," says it's about having a bigger say. "In places like Canvey Island, you find that people aren't looking for something different to democracy, but they want to have a greater degree of influence, a greater degree of control over decisions that affect their daily lives."

Goodwin adds that there is more to the typical leave voter than meets the eye. "I think there's been a tendency to view leave voters as incredibly ignorant, bigoted racists. But the reality of the leave vote is far more diverse than those stereotypes would have us believe."

Yet Canvey is not unaffected by the current chaos in Westminster. "I think a lot of people would vote to stay in now that we're hearing the real facts and how difficult it would be to leave," says Blackwell. "If we had a referendum now, people wouldn't know what to vote for. We're in a right mess to be honest. The country's in a mess, the government's in a mess."