UK election: What would Jeremy Corbyn′s foreign policy look like? | Europe | News and current affairs from around the continent | DW | 09.12.2019

While the Conservatives continue to enjoy a healthy lead in the polls, it would be premature to write off Labour Party leader Jeremy Corbyn. But his foreign policy credentials are a cause for concern. 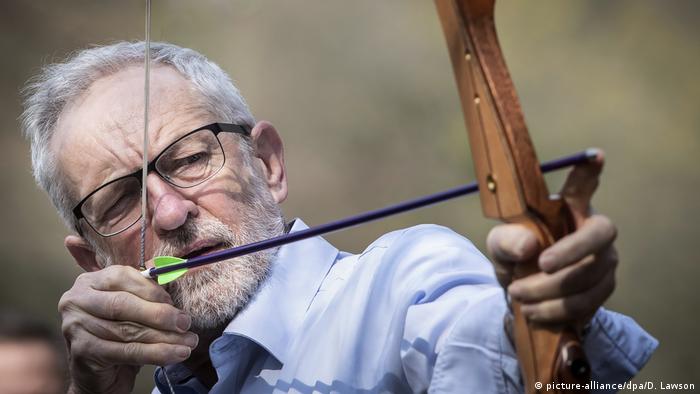 All things considered, Labour's election prospects are not looking terribly bright. They're lagging behind Prime Minister Boris Johnson's Conservatives in the polls (granted, they've been wrong before), the party's economic plans are seen as a threat by the German-British Chamber of Industry & Commerce, and to top it off, its leader, Jeremy Corbyn, is struggling to unite the disparate factions within the party.

And then there's the small matter of what the UK's foreign policy and its international standing would look like under a Labour government.

While his procrastination on Brexit has irritated large parts of the Labour Party, and provided fodder for his opponents, it should come as no surprise. Corbyn has a long history of skepticism toward the EU, which is viewed by many on the far left as a capitalist club. Indeed, he voted against Britain's entry to the European Economic Community (the precursor to the modern bloc) in 1975, and opposed the Maastricht and Lisbon treaties which established the EU's further powers. 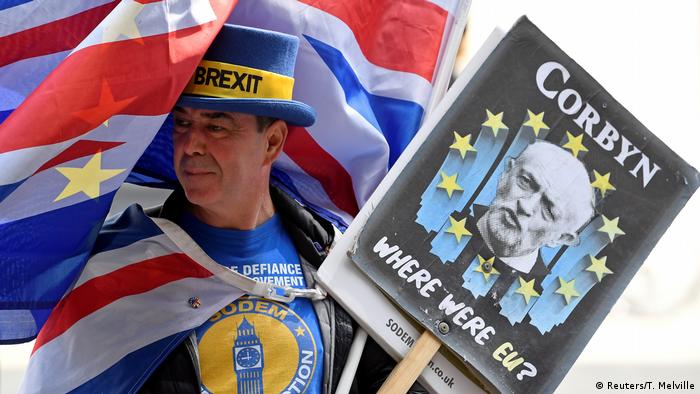 Generally speaking, Corbyn has traditionally been extremely cautious in his approach to foreign policy issues. A case in point was his reaction to last year's Skripal poison attack in Salisbury where he was very reluctant to name Russia as the perpetrator.

"What we would see from him would certainly be more caution and that can tip into inactivity very easily. We've had hints from Corbyn over the years of the idea of internationalism, of not being particularly Western and looking to build coalitions and understanding between different groups," says Victoria Honeyman, a lecturer in British foreign policy at the University of Leeds.

Corbyn and Labour would seek to present his foreign policy as decent and ethical, essentially reworking a version of the "ethical foreign policy" promoted by then-Foreign Secretary Robin Cook between 1997 to 2001. Cook wanted to "make Britain once again a force for good in the world" and pledged arms control measures and a focus on human rights and the environment. An admirable enough cause, but undermined not least by then-Prime Minister Tony Blair's decision to support the US unconditionally in the Iraq War.

"Under Robin Cook the idea of an ethical foreign policy didn't get that far, if you think in particular about UK alliances with the Middle East and support for key actors in the region including Saudi Arabia," says Andrew Glencross, a senior lecturer in the Department of Politics and International Relations at Birmingham's Aston University.

Under Corbyn's anti-imperialist mindset, the UK would seek to take a different approach, which could further complicate the already opaque balance of power in the region.

"If it's a question of loosening ties with Saudi Arabia and providing more lukewarm support for Israel then the net regional beneficiary of course would be Iran and to some degree Russia. And I think in terms of consequences, if he acts on a lot of these anti-imperialist intentions, then the UK would be either taking a very different side or be absent from the regional and global conversations," says Glencross.

The quandary for Corbyn is that the UK is not one of the big players in the Middle East. That accolade goes to the US, Israel, Saudi Arabia and Iran. It's safe to assume that they are not particularly looking for the views of the leader of the opposition and potential prime minister of the UK.

"That is an area where he's really going to struggle because if he wants to justify the line of 'You have to talk to the enemy,' the question is why does anybody care who you are talking to? It makes him look like he is a terrorist sympathizer and that is absolutely not an image that he wants, but it's an image that is growing because he's talking to these people [Hamas, Hezbollah]," says Honeyman.

His position on Russia appears equally ambiguous. Some of Corbyn's closest advisers were supporters of the USSR. Corbyn himself has taken a less hawkish stance in response to Russia's perceived imperialism under President Vladimir Putin. In the past, Corbyn has also warned of a "new Cold War." His hostility toward NATO, the EU and the US, suggests that he seems stuck in the ideological conflict between East and West that shaped the second half of the 20th century. 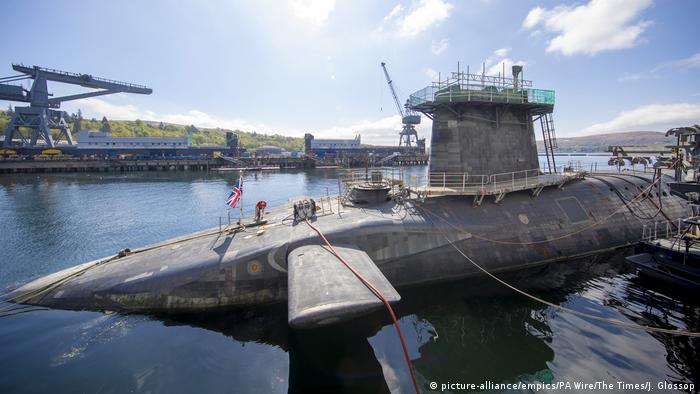 Questions have also been asked of Corbyn's commitment to use Trident, Britain's nuclear deterrence, in the event of an attack. While he has shifted from lifelong opposition to the UK possessing nuclear weapons to support for the renewal of the Trident missile system, his stance remains ambiguous.

His foreign policy spokeswoman, Emily Thornberry, struggled to say recently whether Corbyn as prime minister would use nuclear weapons if Britain is threatened. She admitted that she could not name an occasion on which the Labour leader had backed British military action overseas. Instead, she said she believed any such move would be a "collective" decision.

That equivocation also has implications for the UK's membership of NATO. "You can be in NATO without being a nuclear power. But if you're in NATO and you have unilaterally disarmed then you no longer have the same weight. And if you're also critical about NATO's stance towards Russia then you're changing very much the conversation about the UK's foreign policy," says Glencross.

Corbyn's foreign policy approach is likely to stand or fall over Brexit. If it remains unresolved, it would very likely dominate Corbyn's government just like it has previous governments under David Cameron, Theresa May and Boris Johnson, thus leaving other foreign policy issues to linger unattended.