On Tuesday Parliament voted in favor of going to the polls on December 12, the fourth in a decade. But will this vote lead to even more uncertainty for the country — and for Brexit? 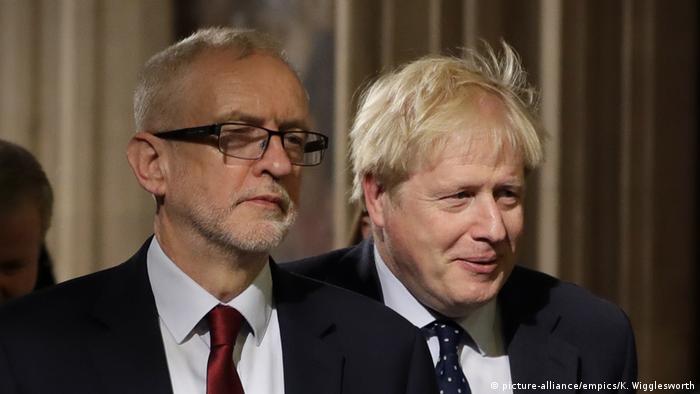 The election date means that a new Parliament will have less than two months to agree upon and implement a Brexit policy before the UK leaves, unless a further extension is granted.

The two main parties, Prime Minister Boris Johnson's Conservatives and Jeremy Corbyn's Labour, have both laid out their Brexit policies. But it is not guaranteed that either party will win enough support to get their plan through Parliament.

These are the most likely outcomes of the election — and what they mean for Brexit.

The Conservatives currently have no majority following the expulsion and resignation of several Members of Parliament (MPs). Johnson was on the cusp of agreeing his Brexit deal with the EU in October but lacked parliamentary support to ratify the deal.

If the Conservatives win an outright majority, then he will probably find it easier to push through the withdrawal deal. This means it is almost certain that Brexit will happen on January 31 — or even earlier as set out in the latest "flexible extension" granted by the EU.

If Labour, currently the main opposition party, win a majority, then their official policy on Brexit is to hold a second referendum as soon as possible. This referendum would give the British public a "choice between leaving with a sensible deal or remaining in the European Union," according to their website.

But UK referendum law requires an estimated 22 weeks to prepare and pass legislation in order for a referendum to take place. The 2016 referendum was agreed by parliament many months before it took place. It seems unlikely that a referendum would be possible before January 31, even if the bill is rushed through parliament.

This means another Brexit extension may be required — even though EU Council President Donald Tusk warned that the current delay "may be the last."

At the moment, most polls say that it is unlikely that Jeremy Corbyn's Labour party will be able to secure an outright majority. The latest survey from polling agency YouGov puts Labour at around 23% compared to 40% for the Conservatives.

If neither wins a majority, then it is possible that the Conservatives or Labour will attempt to form a minority government. A minority government means that a party has less than 50% of MPs represented in the House of Commons (currently made up of 650 MPs). This means passing any kind of legislation is difficult and requires support from other parties.

A hung parliament occurs when no one party wins an outright majority. If no party is able to form a minority government or agree to a coalition deal with another party, this scenario could lead to another election within a few months. This would effectively prevent any Brexit legislation being passed before January 31.

Any such constellation would very likely lead to even more uncertainty surrounding Brexit.

The lower house has passed a bill for a general election in December after Labour reversed its opposition to a vote. The government's proposal survived unscathed after debates on some contentious changes to it. (29.10.2019)