'After Brexit it'll get worse than Brexit,' say British writers

At the Frankfurt Book Fair, award-winning authors Patrick McGuinness, Jan Carson and Bonnie Greer offered their perspective on the unfolding events relating to Brexit. And they weren't optimistic. 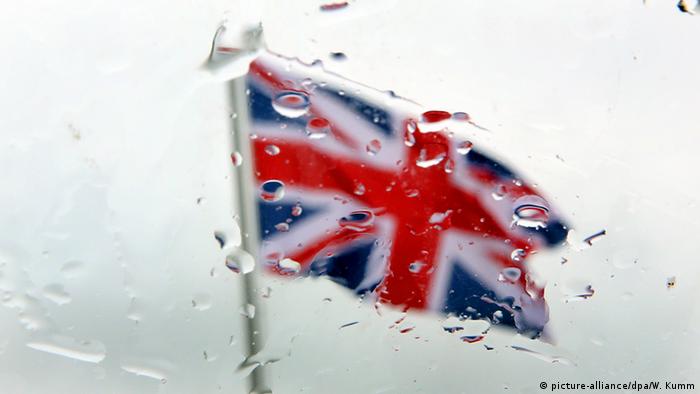 The Frankfurt Book Fair debate titled "British Writers on Brexit" brought together authors Patrick McGuinness, Jan Carson and Bonnie Greer, along with the host of the discussion, Alexandra Büchler, who is the co-founder and director of Literature Across Frontiers, a European platform for literary exchange, translation and policy debate. 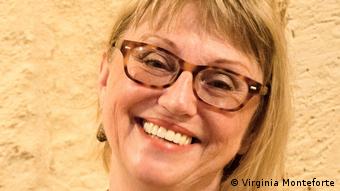 When she organized the event, Büchler didn't realize it would take place just a day before Saturday's parliamentary vote on the new Brexit deal: "We literally don't know what's going to happen next week," she said at the beginning of the discussion.

But that timing doesn't make a difference for the panelists: "Brexit has created a strange new temporal zone," pointed out Patrick McGuinness, referring to the fact that it's hard to talk about pre- and post-Brexit despite the looming October 31 deadline. The vote itself is definitely not the end of it, and even a result in favor of Boris Johnson's deal won't "get Brexit done," as the British prime minister has often claimed. 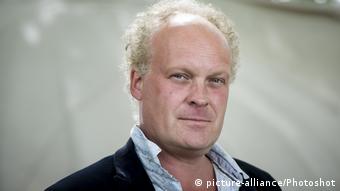 Patrick McGuinness: 'People are so angry and so unhappy, they don't even care they were lied to'

"Once Brexit happens and they sign their deals, it's the beginning of another 15-20 years of signing more deals. And the big lie, of course, is that there will be an end to it. Because there will be no end to it," said the author of the Booker Prize-nominated novel The Last Hundred Days (2011). "We will have to restart and reinvent so many things we love and value about our country from scratch. After Brexit, it will get even worse than Brexit, if you can even imagine that," added McGuinness.

Read more: Bernardine Evaristo: 'There's going to be a lot of protest literature' after Trump and Brexit

After spending the last three years hoping that the British people would "realize they were lied to," McGuinness no longer believes that will happen. "That's why I'm really pessimistic, as well as sad and angry," he said. The Oxford University professor, who also stood as a candidate for Plaid Cymru — the pro-independence and largely pro-European Party of Wales — during the 2019 European Parliament election, fears that the UK government will keep dismantling the social contract in the years to come after Brexit. 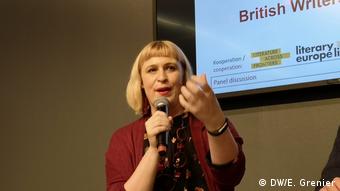 'We need to address the people's frustrations,' said Jan Carson

Funding for the arts is also under threat, pointed out Belfast-based author Jan Carson, whose latest novel, The Firestarters, won the EU Prize for Literature Ireland 2019. As a community arts worker in Northern Ireland for the past 20 years, she has observed that after the Good Friday Agreement, "one of the huge things that has helped bring our country forward and listen to each other has been the arts." Being exposed to a play or a movie, for instance, allows people to develop critical skills allowing more empathy, as they learn to go beyond thinking in binary categories such as "Protestant vs. Catholic or us vs. them," Carson said. But the government, she says, is no longer encouraging an open culture. 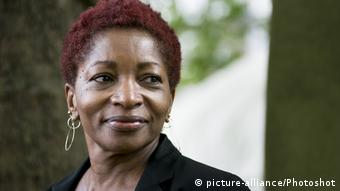 Bonnie Greer: 'We are now too much in an identity packet'

A wrong turn to identity politics

"We are in a dangerous time in the United Kingdom right now, because English nationalism has now got its feet. And nationalism, as you all know in your gut, is the most dangerous thing to happen," said American-British playwright, novelist, critic and broadcaster Bonnie Greer, who during the panel also paid tribute to the way Germany has dealt with its past divisions.

"Britain is dealing with its identity crisis, which is what Brexit is ... Debates about identity are incredibly important, and people have to revisit identity over and over, but they can't go on doing it by defining themselves by what they are against, otherwise things go badly wrong," said McGuinness, who lives with his family in Wales but has also previously lived in different parts of the world. Born in Tunisia to a Belgian French-speaking mother and an English father of Irish descent, McGuinness grew up in Belgium and later lived in Venezuela, Iran and Romania. 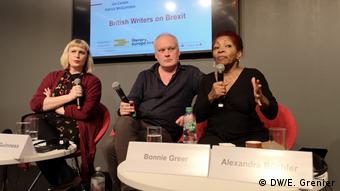 "A country that learns to hate in the way that Britain is now learning to hate will never run out of enemies," added the author.

Similarly, Jan Carson also underlined her pluralistic identities — British, Irish, European: "We in Northern Ireland are comfortable to have many identities at once."

Bonnie Greer, who was born in Chicago and has been living in the UK since 1986, has served on the board of several leading arts organizations and was appointed Officer of the Order of the British Empire 2010. She emotionally spoke against the way identity politics were currently developing. Even though her generation proudly developed concepts such as African-Americanism and feminism, she said she was saddened to observe how people were losing opportunities to learn from each other because they were turning those interpretations of identity into exclusionary terms.

"We need to get out of our boxes to save this planet," she pleaded, discouraged not only by the politics in her adoptive country but the ones in her home country as well.

Writer William Boyd, a Scot born and raised in Ghana and Nigeria and outspoken opponent of the United Kingdom's decision to leave the EU, spoke to DW about his novel, "Love is Blind," and the disastrous political moment. (29.03.2019)

The deal is done. The UK and EU have agreed the terms of a new Withdrawal Agreement paving the way for Brexit. Although politics may yet block it, the deal could transform the economic arrangements of Northern Ireland. (17.10.2019)

The new Brexit deal: Will it pass?

The new Brexit divorce plan must clear an emergency vote in the UK's lower House of Commons on Saturday. After three previous failed attempts to approve an orderly EU departure, how likely are these proposals to pass? (18.10.2019)