Salisbury: What we know a year after the Skripal poison attack | Europe | News and current affairs from around the continent | DW | 04.03.2019

Salisbury: What we know a year after the Skripal poison attack

The attack on a Russian ex-spy and his daughter in the UK deepened tensions between Russia and the West, and the case still isn't closed. DW presents a rundown of investigations and reactions related to the incident. 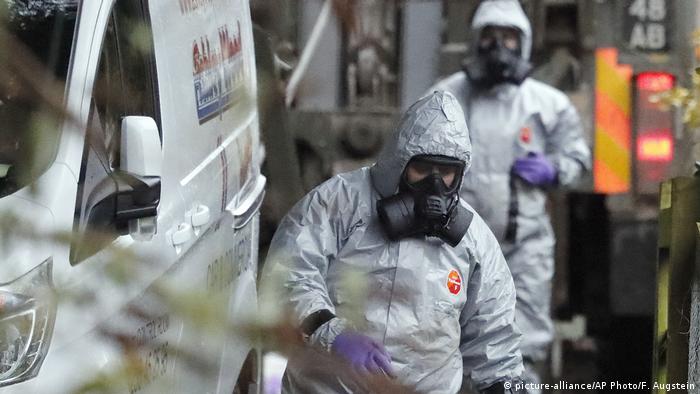 One morning in mid-February, a huge Russian flag suddenly appeared hanging from Salisbury Cathedral. Someone had to have climbed up a scaffold under cover of darkness to attach the white-blue-red stretch of fabric to the city's medieval landmark.

"Thankfully, it [the flag] has been removed now," said John Glen, the Conservative MP for the southern English city. "What a stupid stunt — mocking the serious events sadly experienced in Salisbury last year!"

Russia's involvement in these "serious events" is, from Westminster's point of view, even more obvious than a prominently hung, outsized flag. The consequences of the incident continue to be felt — and some details still remain unknown.

Two unconscious, and one trail

On March 4, 2018, a man and woman were found unconscious on a park bench in the center of Salisbury. It quickly emerged that they were a Russian double agent, Sergei Skripal, and his daughter, Yulia. Authorities soon discovered that they had been poisoned with the neurotoxin Novichok, which pointed to a trail leading back to Skripal's homeland, Russia. Skripal had fallen from grace after being found guilty of betraying Kremlin secrets. On March 12, British Prime Minister Theresa May declared in the House of Commons that Russia was "highly likely" behind the attack.

In hospital, the Skripals eventually recovered, but four months after the original attack, uninvolved people unwittingly fell victim: A British couple from the surrounding area found a perfume bottle that had evidently been used to transport the nerve agent to Salisbury. Both came into contact with residues of the toxin. The woman died, and the man went blind. 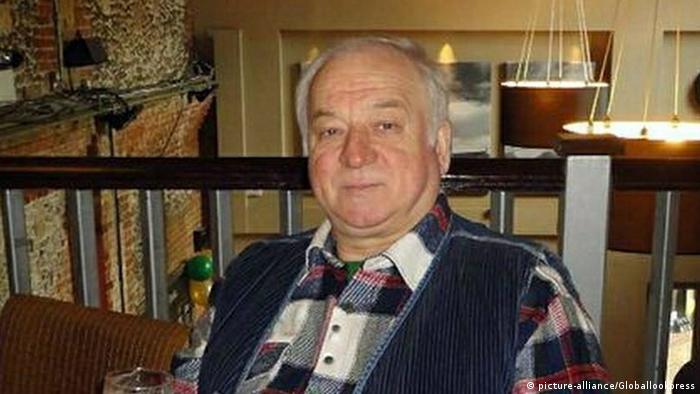 Sergei Skripal, seen here in a photo taken before the poisoning, had lived in the UK since 2010

While the Skripals were still fighting for their lives, the political backlash escalated. Two days after the attack, the British foreign secretary at the time, Boris Johnson, said he did not want to point the finger at others. Nevertheless, he called Russia a "malign and disruptive force." Ambassadors were summoned, ultimatums were given and then dozens of diplomats were expelled on both sides.

Two dozen Western countries supported and followed the UK's measures. In September, London once again sharpened its criticism: Ben Wallace, minister of state for security at the Home Office, said the responsibility "ultimately" lay with Russian President Vladimir Putin, as it was his government that "controls, funds and directs the military intelligence." 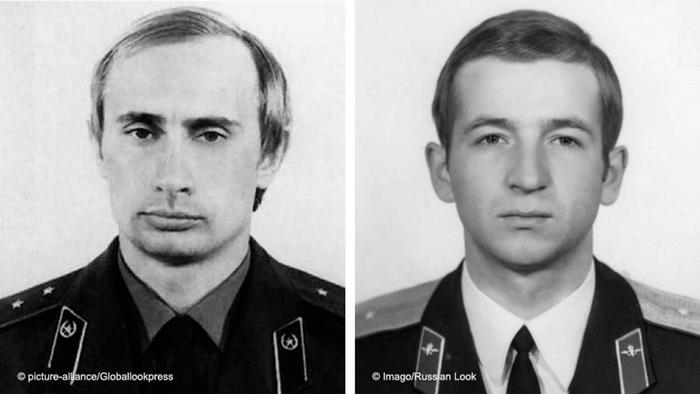 Putin and Skripal both served as soldiers

The first wave of political reactions had subsided when the search for those behind the attack got underway. At the beginning of September, the British judiciary brought charges against two men who subsequently were made subject to a European arrest warrant.

In addition, the UK released some recordings from surveillance cameras, as well as the names under which the men had entered the country. Putin suggested that the two private individuals — known to the authorities — should explain themselves in person, which they did in an interview with the Russian state television station RT. They stated that they had traveled to Salisbury solely as tourists. Even some Kremlin-friendly Russians could not bring themselves to buy the story. 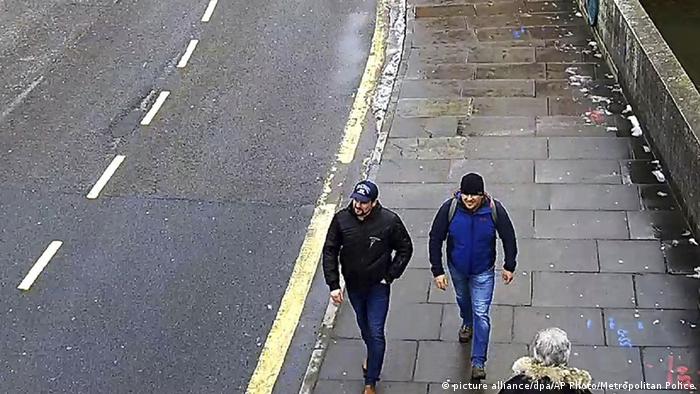 The two suspects were caught on surveillance videos

Within a month of the indictment, the Bellingcat research portal published the true identities of the two men, who were operatives of the Russian military intelligence agency, the GRU. The investigative group reconstructed how Alexander Mishkin and Anatoly Chepiga entered the UK under aliases: Alexander Petrov and Ruslan Boshirov. Russia denied the accusations. 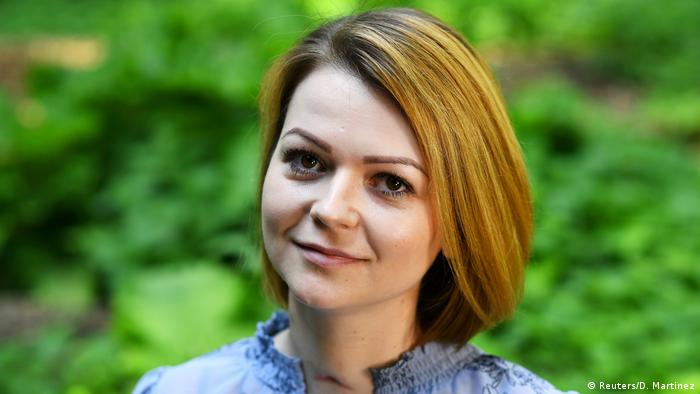 In autumn, the US imposed new sanctions against Russia. They were partly to penalize Russia's alleged interference in the 2016 presidential campaign, but also explicitly as punitive measures for the Skripal case.

At the G20 summit in Argentina, Putin condemned the "malicious" sanctions and continued to deny any Russian responsibility. In January, the EU put leading members of the GRU and the two suspected assassins on a sanctions list.

After 11 months of radio silence, official diplomatic talks between the UK and Russia finally recommenced on the fringes of the Munich Security Conference in February.

Shortly after that, Bellingcat presented evidence of a suspected third accomplice named Denis Sergeev, another GRU officer who is linked with another poison attack in Bulgaria. Russia, again, denied the allegations. 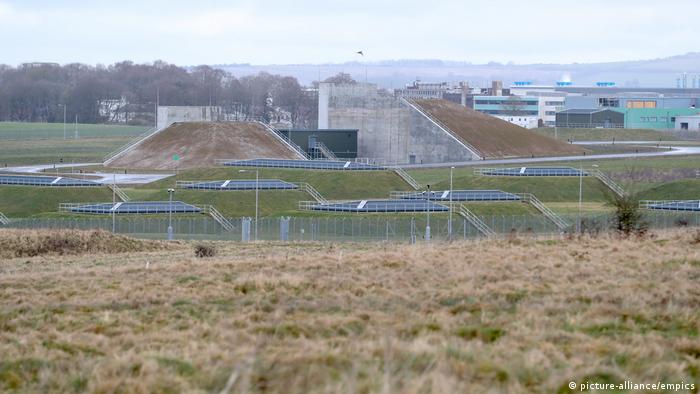 One year after the attack on the Skripals, the political and criminal investigation is far from over. However, the case has already brought about a regulatory change with regard to chemical weapons: The Organization for the Prohibition of Chemical Weapons (OPCW) received additional powers from its member states in June

In the past, inspectors were allowed to check only whether chemical warfare agents had been used, a restriction aimed at ensuring the group's absolute political neutrality. But the rule meant that the perpetrators of the devastating attacks in the Syrian war, for example, could not be brought to justice. Now, inspectors are also able to follow up information that allows the watchdog to draw conclusions on those who have carried out such attacks.

Whether the OPCW reform, if it had taken place earlier, would have averted the poisoning of the Skripals is questionable: Russia does not support the extension of the OPCW's powers.

Germany has joined France, Canada and the US in supporting Britain's finding that a nerve agent attack in Salisbury was the work of Russian intelligence officers. Moscow rejects the claim as "anti-Russia hysteria." (06.09.2018)