Despite opposition from Russia, members of the OPCW granted new powers to the chemical weapons watchdog, allowing it to name perpetrators of chemical attacks. Moscow accused the UK of dragging the OPCW "in their games." 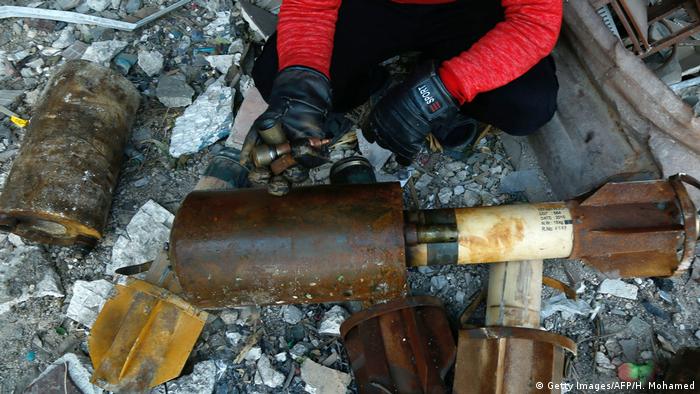 The British-led proposal to add key new powers to the Organization for the Prohibition of Chemical Weapons (OPCW) passed on Wednesday, winning 82 votes from the member-states. Just 24 countries were against the motion, easily giving it the necessary two-thirds majority.

The OPCW will now be able to assign blame in its investigations of chemical attacks. Before the vote, the organization was only able to confirm whether or not the attack took place.

British Foreign Secretary Boris Johnson said that change is "crucial if we are going to deter the use of these vile weapons."

New bout between UK and Russia

The UK launched the motion after a chemical agent was used to attack double agent Sergei Skripal. London has repeatedly blamed Moscow for the attack, but Russia has dismissed the claims as an anti-Russian conspiracy.

Last year, Russia's opposition in the UN Security Council effectively ended the UN-OPCW body in charge of investigating attacks in Syria, which had the authority to assign blame. Russia has claimed its findings were biased and inaccurate.

On Wednesday, Russia, Iran, and Syria voted against the UK proposal, while the US and the EU supported it.

'OPCW is a Titanic'

Russian diplomats repeated their accusations that London "embroiled their allies in the blatant campaign against Russia. Now they try to drag the #OPCW in their games."

Separately, Russia's Minister of Industry Georgy Kalamanov told reporters that many nations are now "starting to think about how the organization will exist and function in the future."

"The OPCW is a Titanic which is leaking and has started to sink," Industry Minister Georgy Kalamanov told reporters.

Previously, Russia said the UN Security Council was the only place to discuss blame for chemical attacks.

The OPCW is expected to soon publish a report into a major attack in the Syrian town of Douma. While western diplomats accuse the Syrian regime of using chemical weapons against civilians, Russia and Damascus have claimed the event was staged.