A group of lawmakers has broken away from Britain's main opposition party and launched "The Independent Group." The ex-Labour MPs cited dissatisfaction with Jeremy Corbyn's leadership and intolerance within the party. Seven parliamentarians left Britain's main opposition Labour Party on Monday over it's support for Brexit and failure to tackle anti-Semitism.

The split further fractures Britain's unstable political landscape, which has been riven by disagreement over Brexit, and comes as Prime Minister Theresa May's government is seeking a last-ditch compromise with Brussels to appease British lawmakers and avoid crashing out of the EU.

The departing parliamentarians call themselves the "The Independent Group." They are: Chuka Umunna, Chris Leslie, Luciana Berger, Gavin Shuker, Angela Smith, Ann Coffey and Mike Gapes. It is Labour's most significant split in decades. 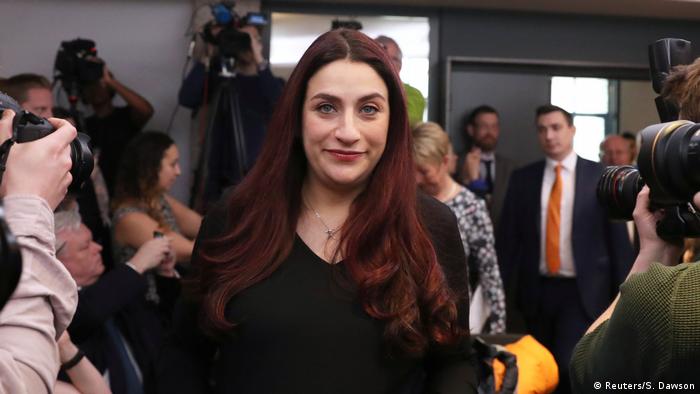 Berger introduced the breakaway MPs, which call themselves 'The Independent Group,' to the press

The small group of parliamentarians leaving Labour said they were unhappy with Jeremy Corbyn's leadership and accused him of moving the party towards the far left and fostering an intolerant party culture.

Corbyn said he was "disappointed" by the decision to break away from the party that garnered broad support in the 2017 election, when it captured 262 parliamentary seats.

"Now more than ever is the time to bring people together to build a better future for us all," said Corbyn, highlighting the party's strong result in the last general election in 2017.

Labour’s finance spokesman John McDonnell called on the lawmakers to stand down and try to win their seats in a parliamentary by-election against a Labour candidate.

However, Labour’s Deputy Leader Tom Watson said the resignations were a "wake-up call," indicating he was sympathetic to the notion that the party had been dragged too far to the left.

"Unless we change, we may see more days like this," said Watson.

Brexit has divided the Labour party. Corbyn has called for a potential second referendum on the exit deal and proposes a permanent customs union with the EU, which May has rejected. Overall, however, he has only been lukewarm towards the bloc, which has angered politicians in his party's "remain" camp.

What is the anti-Semitism row?

Corbyn has also been accused of permitting anti-Semitism to flourish in Labour's ranks, which he has denied. However, in August he admitted that his party has been slow to take action against members who engage in anti-Semitic behavior. Corbyn himself has faced criticism for his past ties to Palestinian militants. 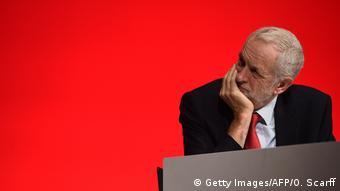 What does the split mean?

The group has already launched a new website and will publish a statement later in the day.

More Labour resignations could follow the initial breakaway group. Additionally, many politicians in the Tory party of Prime Minister May are unhappy with her Brexit leadership, and rumors of a similar breakaway within that party have surfaced before.

Further internal party divisions will add to the chaos surrounding Brexit. It could make it even more difficult than at present for May to get parliamentary approval for her withdrawal deal. The divisions will also do little to provide an alternative path forward to avoid the UK crashing out of the bloc on March 29.

British police are investigating alleged anti-Semitic hate crimes within the UK's main opposition Labour Party. The party has long been accused of having anti-Semites in its ranks. (02.11.2018)