Brexit supporters in the Conservative Party are again making plans to topple UK Prime Minister Theresa May. It remains unclear whether a vote of no confidence would be successful — and who would succeed her. 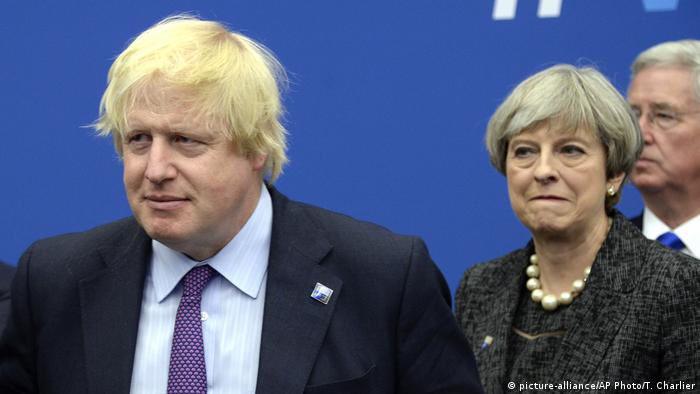 "Feeble" and "pathetic" — that's what Boris Johnson, the former foreign secretary and potential candidate for prime minister, called Theresa May's Chequers proposal in a newspaper article over the weekend. May, Johnson said in The Mail on Sunday, had "wrapped a suicide vest" around the British constitution and "handed the detonator to Brussels." That is typical Boris Johnson: strong imagery and a step beyond politically correct.

His choice of words triggered immediate criticism from all sides, but Johnson knows the value of making the headlines for days on end.

In July, May attempted avert a coup. She gathered her Cabinet at the government's Chequers country estate and committed everyone to a compromise solution for Brexit. The idea was for the UK to stay in a single market for goods and recognize European Union rules accordingly while concluding a customs deal that would preserve free border traffic but allow agreements with third countries. The plan became known as the Chequers proposal.

The situation in London has gotten slightly out of hand since then. Brexit Secretary David Davis, Foreign Secretary Johnson and a few other Tories resigned in protest. Things quieted down during the summer break, but Parliament has been back in session for a week now, and Brexit supporters are again sounding the battle charge. 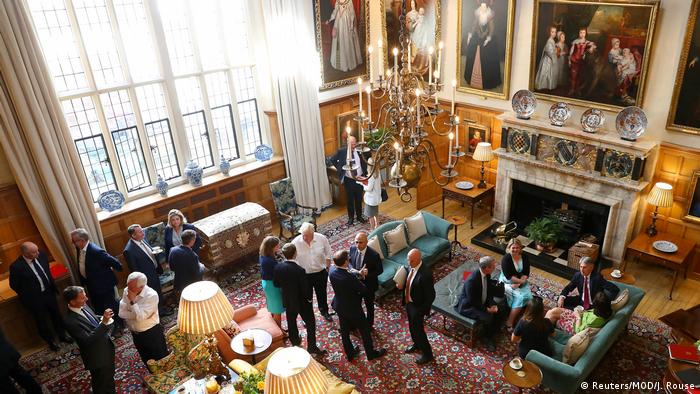 On Tuesday evening, members of the European Research Group, an umbrella organization for Brexiteers, met in the Thatcher room in Portcullis House at Westminster, where the MEPs have their offices. The choice of venue was deliberate, as the group views May as an ineffectual successor to the Iron Lady. More than 50 Brexiteers from the right reportedly gathered there to discuss just one issue: "How can we best oust her?"

Nobody at the meeting had a good word to say about May, nor was there any objection to plans for her ouster. To the contrary, the discussion about how best to bring her down was detailed and harsh. "The truly amazing thing was they spoke about it so openly, in such an unabashed way," ITV's Robert Peston wrote in his report of the meeting, which anonymously quoted participants.

Rumors surrounding the prime minister's imminent downfall are not new. Ever since she triggered Article 50 of the Treaty on European Union and put Brexit in motion, speculation about voting her out crops up every few months. But now, time is running out for everyone concerned. If the Brexit supporters want to oust May, they would have to do so in the next few weeks. In November at the latest, according to the EU, the divorce has to be finalized. If they want to influence the contents of any exit agreement, they will have to have brought down the prime minister and her proposals by then. 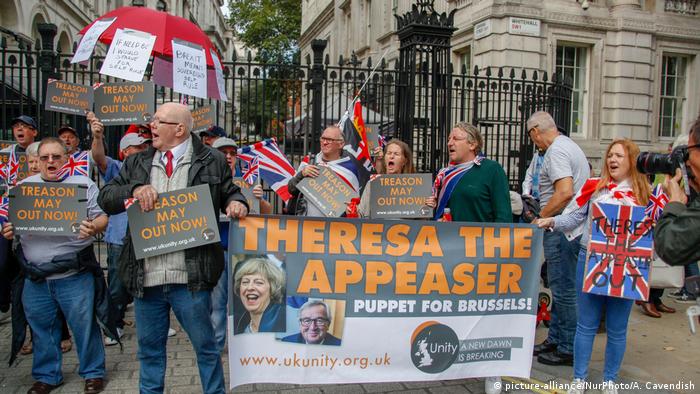 Many Brexit supporters want to see May replaced as prime minister

Under Tory rules, all it takes is 48 members of Parliament to request a vote of no confidence against the prime minister. They must be sure of their majority, however. Are more than half of 316 current Tory parliamentarians confident that now is a good time to overthrow May? If this attempt fails, they'll have to wait 12 months before trying again.

Perhaps the problem will resolve itself. If May returns from the EU summit in November with an agreement neither those who want to remain in the EU nor the Brexiteers in the group support, it is likely to fail with the help of the opposition in Parliament. The prime minister's head would roll, too, at least according to opponents within her party.

Opposition from within the EU as well

The EU has been saying for weeks that the Chequers proposal in its present form won't work as common ground. The integrity of the EU's institutions cannot be endangered, say chief negotiator Michel Barnier and French President Emmanuel Macron — which means the single market cannot be divided and the UK cannot pick and choose its rights and duties. 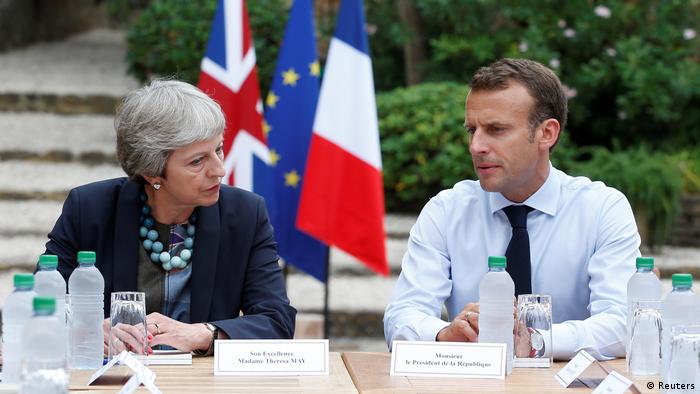 Basically, the Brexiteers are flogging a dead horse. But they do want to prevent May from making further compromises based on the Chequers proposal, for instance agreeing to keep the UK in the single market. In that case, they have threatened completely blocking Parliament.

The issue of succession has also turned out to be difficult for the critics in May's party. Boris Johnson is currently the one most decidedly champing at the bit. Some Tories consider him to be unreliable, egocentric and a political charlatan, but he can still count on supporters among the Conservative base. His recent capers with a young party employee could diminish his chances, however.

Meanwhile, Jacob Rees-Mogg, a leading supporter of a hard Brexit, is considered to be old-fashioned and not capable of winning a majority. Other candidates, including Home Secretary Sajid Javid and Foreign Secretary Jeremy Hunt, are considered to be too young and inexperienced. That leaves Environment Secretary Michael Gove, who has been keeping a conspicuously low profile but publicly supports May and is making a name for himself as the voice of reason. Gove, however, is also the man who after the Brexit referendum and the resignation of May's predecessor, David Cameron, in 2016, claimed he had no ambitions to succeed his boss — only to run for office at the last minute.