Despite its role as peace broker in neighboring South Sudan, Uganda has been among the clandestine suppliers of weapons that originate in the EU, US and China to both sides of the bloody civil war, a new report shows. 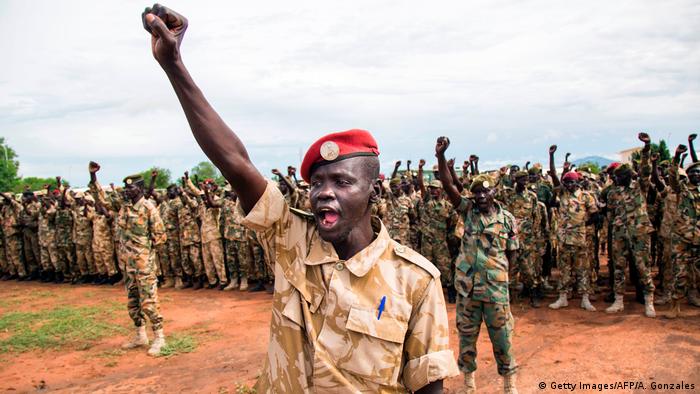 Other immediate neighbors of war-torn South Sudan have also supplied it with weapons, ammunition and aircraft that were lawfully exported from the European Union, the United States and China, the London-based Conflict Armament Research (CAR) says.

The diversion of the weapons appears to have taken place without the knowledge of the original exporters and may have breached end-use and non-retransfer condition of sale agreements with South Sudan's neighbors, it says.

In some cases, South Sudan's neighbors have engaged a wide circle of European, Israeli and US brokers and companies in their supply of weapons to the Sudan People's Liberation Army (SPLA) and its main opposition, the SPLA-in-Opposition (SPLA-IO).

In addition to Uganda being a weapons supplier to the two sides of the conflict, which has left some 380,000 people dead and many more displaced, the report also points to Sudan in the north — joint peace broker with Uganda. Sudan has been a supplier of ammunition to South Sudan's armed opposition, the report notes. 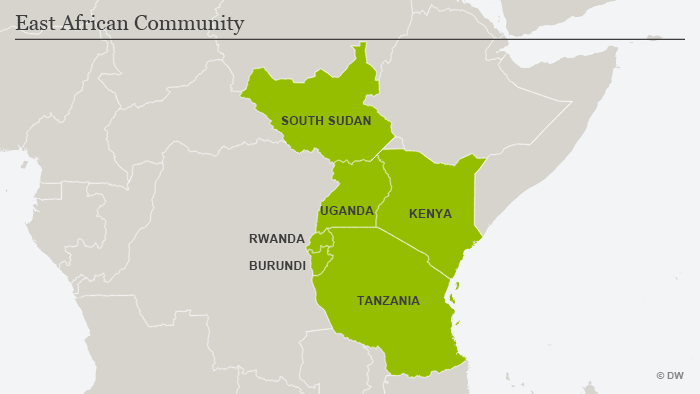 From Eastern Europe to Africa

Weapons and ammunition purchased by Uganda from EU member states Bulgaria, Romania and Slovakia were diverted to the South Sudanese military and armed allies in Sudan. The so-called retransfers took place after the EU imposed an arms embargo on South Sudan, the report says. It also notes an instance where a US military jet that was previously used in the Ugandan air force was deployed in South Sudan in possible violation of arms export controls.

South Sudan acquired the Bulgarian weapons after asking Uganda to issue end-user certificates to make it appear as if the weapons from Bulgaria were for use by the Ugandan armed forces, Mike Lewis, the head of regional operations for CAR told The Associated Press (AP).

Chinese-made ammunition, supplied lawfully under contract to the government in Juba between 2011 and 2014, is by far the most common used by the two sides, the report says. Some of this ammunition was supplied by Sudan.

The UN Security Council imposed an arms embargo on South Sudan in July 2018, some five years into the deadly conflict that erupted when President Salva Kiir accused his deputy Riek Machar of trying to grab power. South Sudan gained independence from Sudan on July 9, 2011.

Uganda also denied the claims in the report. Deputy Defense Minister Charles Okello Engola saying in a brief statement to DW that Uganda would never undermine an international embargo and took measures to ensure weapons did not cross its porous borders.

"I have nothing to do with a country procuring equipment from other countries and passing through our country. We don’t have any powers of doing that, as Uganda, to supply equipment to other countries in that kid of manner." he said.

The two sides in South Sudan's civil war signed a peace deal brokered by Uganda and Sudan in September 2018. Uganda, a supporter of the South Sudanese government and a key US security ally in the region, has yet to comment on the report. 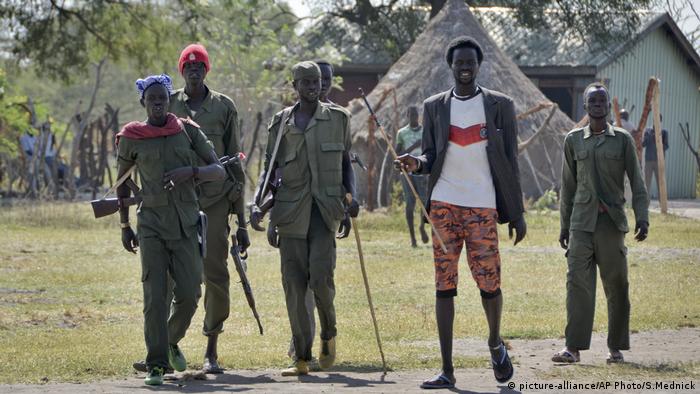 "Uganda's President Yoweri Museveni has been deeply involved in South Sudan peace negotiations that saw Vice President Riek Machar return from exile. It is also no secret that Uganda supported the rebels of the SPLA led by John Garang in their pursuit to break away from Sudan, regional security analyst Godber Tumushabe told DW.

The information minister of South Sudan, Michael Makuei Lueth, has dismissed the CAR findings as fake, AP reported. "How can they pass an arms embargo and expect others to abide by it? If the EU has passed an arms embargo that's up to them, but we in African countries, we're not a member of the EU and we're not bound by it," he told AP.

The CAR report, based on research in South Sudan since 2014, was produced with funding from the European Union and the German Federal Foreign Office.

A watchdog report accuses South Sudan's leaders of amassing vast wealth amid a deadly civil war. It says money that could help the poverty-stricken nation is going toward weapons purchases, among other things. (12.09.2016)

The most recent peace agreement finally offers hope for a formal and final end to the multi-year conflict in South Sudan, says DW's Waakhe Simon Wudu. (18.09.2018)